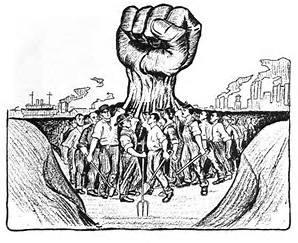 It looks like over 4,000 unionized frontline workers who have been keeping people supplied with food and other necessities at the risk of their own health and lives won a huge victory this week, assuming the agreement is ratified by members. As reported in WV MetroNews, Local 400 of the United Food and Commercial Workers union reached a tentative agreement last week that includes:

-Real raises for EVERYONE

-Premiums for ALL department heads

All this despite a horrible economic and political climate. UFCW workers voted to authorize a strike--and Kroger threatened to hire strikebreakers, but fortunately that seems to have been averted.

That's kind of a sentimental thing for me. I did what I could to support WV's Kroger workers in a 2003 strike (I foolishly thought things were tough then). At the time, WV's labor movement was stronger than it is now and its legislature wasn't controlled by people who  hate unions. Kroger actually closed its stores until a deal was negotiated. It turned out well.

I hope this one does too. It looks good now anyhow.