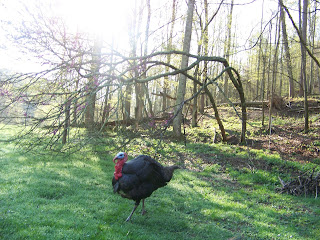 (In case the picture is unclear, the horizontal tree used to be a good bit more vertical, no thanks to this guy and his buddies.)

CHILDREN IN AMERICA fare worse than those in most Western nations.

ON THIS DATE 101 YEARS AGO, members of the United Mine Workers began their historic Paint Creek/Cabin Creek strike that marked the beginning of the Mine Wars--and eventually inspired the writing of the song Solidarity Forever, which has become the international anthem of the labor movement. Too bad people don't know the verses better than the chorus...

CALLING OUT THE SENATE. This op-ed by Gabrielle Giffords is getting a lot of attention.

AND AGAIN, this time by WV native Michael Tomasky.

AYN RAND WOULD NOT BE AMUSED. According to a new poll, most Americans think the distribution of wealth is unfair and that the federal government should do something about it.