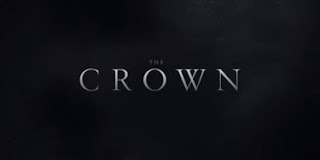 I have a binge-watching confession to make: I'm hooked on The Crown, Netflix's portrayal of the drama of the British royal family. I'm not proud of it.

A lot of the show is pure aristocratic soap opera, which is also arguably the case of the real life counterparts. But it's not all melodrama. I was particularly hit by the portrayal of the cruelty of the Thatcher regime. And for what it's worth, X Files star Gillian Anderson does an amazing job of portraying that person...which couldn't have been easy for anyone with a living soul.

I think one reason for my reaction was living through the American version during the Reagan years, a time of extreme economic hardship for millions of Americans and most West Virginians, including myself.

Those years were, in the words of the Gospel of Matthew, "the beginning of sorrows," of decades of bad policies, tax cuts for the wealthy, growing inequality.

And the results are in: the London School of Economics just released a report that looks at the effects of tax cuts for the wealthy over a 50 year period and covering 18 countries in the Organization for Economic Cooperation and Development. And there's no surprise here.

As Hamlet said, O my prophetic soul! Here are some nuggets from the report:

We find that major reforms reducing taxes on the rich lead to higher income inequality as measured by the top 1% share of pre-tax national income. The effect remains stable in the medium term. In contrast, such reforms do not have any significant effect on economic growth and unemployment...

Furthermore, we find no effect of tax reforms on real GDP per capita. When looking at the effect on unemployment rates, the estimates show a slightly different pattern. Here, tax cuts for the rich lead to slightly higher unemployment rates in the short term...

...cutting taxes on the rich increases top income shares, but has little effect on economic performance.

The sad part is that I'm pretty sure the WV legislature is going to try to push for even more of this garbage in the coming session.
What could possibly go wrong?