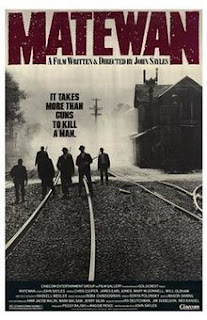 Today is the 100th anniversary of what has become known to history as the Matewan Massacre,a key battle in the West Virginia Mine Wars. It happened in the context of miners trying to unionize and getting evicted from company housing, brutalized by private mine guards, and worse.

Usually in such situations, local law enforcement would be squarely on the side of the coal companies, but that didn't happen this time. Sid Hatfield, chief of police of the Mingo County town of Matewan, stood on the side of the miners and their families.

Events came to a head with a shootout that left ten people dead, including two miners and Cabell Testerman, the mayor of Matewan, on the side of the miners; and seven mine guards, including Albert and Lee Felts, leaders of the notoriously brutal Baldwin Felts Detective Agency.

Then things got really interesting...

When I was growing up, these events were censored from our history, as was the case with generations of West Virginians. It took a lot of work to reclaim that history. One thing that helped was the release of director John Sayles' 1987 movie Matewan, filmed in Thurmond in Fayette County.

It's not on Netflix or Amazon Prime but you can probably find it if you look. If you haven't seen it, it's worth a look. And if you have, it might be a good time to take another look.
by El Cabrero