Of prophecy and hypocrisy 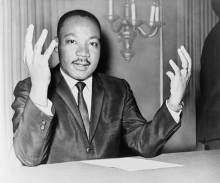 Today I attended the official West Virginia Martin Luther King Jr. Memorial in Charleston for the umpteenth time. As always, the service was well done, with plenty of speakers and music.

A special highlight for me was the keynote, given by my good friend Jennifer Wells, executive director of the WV Healthy Kids and Families Coalition, not to mention some powerful and pointed comments by Charleston Rabbi Victor Urecki.

There's a tendency at things like this to try to neutralize the radical and cutting edge of Dr. King's work, re-imagining him as a benevolent and non-threatening soul who just wanted to "bring people together"  His powerful and prophetic words and deeds regarding poverty, inequality, oppression, racism, war, militarism, and--let's face it--capitalism tend to be glossed over. But Jennifer and Rabbi Urecki, along with several other speakers, made sure it didn't happen this time.

The thing that galls me at these events are some--not all--of the politicians who attend this as just a public ritual and sit there nodding their heads and hearing nothing and pretending to admire someone they would have feared and hated if he was here today. 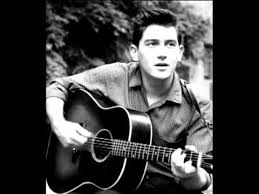 Today, this reminded me of a great and cutting song by the late Phil Ochs called "Crucifixion." Here are the lyrics:

In the green fields a-turning, a baby is born
His cries crease the wind and mingle with the morn
An assault upon the order, the changing of the guard
Chosen for a challenge that is hopelessly hard
And the only single sign is the sighing of the stars
But to the silence of distance they are sworn

So he stands on the sea and he shouts to the shore
But the louder that he screams, the longer he's ignored
For the wine of oblivion is drunk to the dregs
And the merchants of the masses almost have to be begged
'Til the giant is aware someone's pulling at his leg
And someone is tapping at the door

Then his message gathers meaning, and it spreads across the land
The rewarding of his fame is the following of the man
But ignorance is everywhere, and people have their way
Success is an enemy to the losers of the day
In the shadows of the churches, who knows what they pray?
For blood is the language of the band

The Spanish bulls are beaten, the crowd is soon beguiled
The matador is beautiful, a symphony of style
The excitement is ecstatic, passion places bets
Gracefully he bows to ovations that he gets
But the hands that are applauding him are slippery with sweat
And saliva is falling from their smiles

Then this overflow of life is crushed into a liar
The gentle soul is ripped apart and tossed into the fire
First a smile of rejection at the newness of the night
Truth becomes a tragedy, limping from the light
All the heavens are horrified, they stagger from the sight
As the cross is trembling with desire

They say they can't believe it, it's a sacrilegious shame
Now who would want to hurt such a hero of the game?
But you know, I predicted it, I knew he had to fall
How did it happen? I hope his suffering was small
Tell me every detail, for I've got to know it all
And do you have a picture of the pain?

Time takes a toll and the memory fades
But his glory is growing in the magic that he made
Reality is ruined, it's the freeing from the fear
The drama is distorted into what they want to hear
Swimming in their sorrow in the twisting of a tear
As they wait for the new thrill parade

Yes, the eyes of the rebel have been branded by the blind
To the safety of sterility the threat has been refined
The child was created, to the slaughterhouse he's led
So good to be alive when the eulogies are read
The climax of emotion, the worship of the dead
As the cycle of sacrifice unwinds