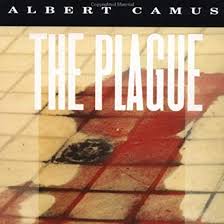 It's been nearly 10 years since I made a pilgrimage to Okinawa. When I was there, I made friends with a freelance writer who likes to ping me on days when some weird news story breaks from West Virginia...

The best such days are when it's just something weird, like maybe a real X Files-type story. The worst are those days when WV makes the national news over some acts of bigotry and/or craven groveling to exploitative corporations.

The last year or so has been an X Files bust and a bigotry/groveling boom.

Where are Mothman, Bat Boy, and the Braxton County monster when you need them?

Let's start with groveling. Top of my list in that department was the time when a representative of a business group told legislators that we didn't need to update safe water standards since West Virginians are heavier, drink less water and eat less fish.And won the day.

That moment was another example of why I want to update the state motto from "Mountaineers Are Always Free" to "You Can't Make This **** Up."

But it's been a real banner year for bigotry. We had the state delegate who made a joke about drowning his children if they turned out to be LGBTQ. We had the Islamophobic outburst at the state capitol. We now have a public library board about to consider banning a non-sexually explicit LGBTQ-friendly children's book.

You can probably guess where I'm going with this.

I agree with what WV Senator Joe Manchin said in the wake of the publication of a photo of corrections trainees raising their hands in an apparent Nazi salute: "This is not the West Virginia I know or grew up in."

But things have changed here over the last few years. Dramatically. And, while the outbreaks are by no means confined to West Virginia,they seem to be occurring more frequently here.

It makes me think of the early phases of an epidemic. In Albert Camus' novel The Plague, a parable about the rise of fascism and Nazism that I've often quoted, the first signs begin when dead rats start showing up in the Algerian city of Oran.

Nobody noticed that much at first. Then it was just a nuisance. But pretty soon, it wasn't just rats any more.

I keep going back to something one of the heroes of that novel said about the epidemic:

"All I maintain is that on this earth there are pestilences and there are victims, and it’s up to us, so far as possible, not to join forces with the pestilences."

The book ends with a warning against being too complacent about such metaphorical outbreaks. The narrator cautions that:

"...the plague bacillus never dies or disappears for good; that it can lie dormant for years and years in furniture and linen-chests; that it bides its time in bedrooms, cellars, trunks, and bookshelves; and that perhaps the day would come when, for the bane and the enlightening of men, it would rouse up its rats again and send them forth to die in a happy city."

Just like how the rappers sometime tend to embrace the stereotype, do you think sometimes the rednecks do?