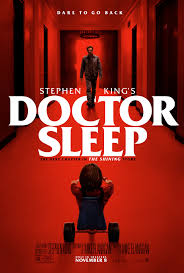 I'm all about messing with kids' minds. In a good way. My family certainly messed with mine...or allowed it to be messed with.

When I was little, my dad read Edgar Allen Poe's stories and poems to me. They seemed pretty real when I would visit the ancestral farm in a dark hollow in Tazewell, Virginia, complete with an old family cemetery on the hill.

The torch was then passed to my brother, who pretended to call the Plutonian shores and ask for the Raven to come get his little brother Ricky.

I bugged my mother to read Dracula out loud to me when I was pretty small. Watched all the old movies.

When I had kids, I messed with them in a similar fashion. There's something fun about scary stories and movies, obviously. Otherwise they wouldn't be a billion dollar industry.

Come to think of it, many of the well known traditional folk and fairy tales that have been told for hundreds or thousands of years are pretty scary too. I think they serve functions of which we may not be fully conscious.

To paraphrase a well known saying, a mind is a terrible thing not to mess with...up to a point.

Sometimes, though there's a fine--or not so fine--line between the good kind of scary and the bad kind.

I though of this yesterday when I went to see the movie adaptation of Stephen King's Doctor Sleep.

I grew up on Stephen King. I can go for years without reading him, then go on massive binges. This  was one of those binge years, with nine of his down so far, usually in audio form and consumed while driving, running, walking the dog, or mowing. They vary widely in quality, by his own admission. And in...intensity.

Doctor Sleep was one of the most intense ones when I listened to it on CD a few years back.

It's the sequel to the "honey, I'm home" 1980 classic The Shining that featured Jack Nicholson as the father from hell..

The sequel is kind of about childhood trauma and the after effects. The main character is Danny Torrance, who was the little kid in the original. As a grownup, he's had to deal with addiction, self-destructive behavior, and inner demons.

This isn't a spoiler, but the main conflict in the book has to do with a group of people (at least they used to be people) who abnormally prolong their lives by feeding on the pain and fear of young children, especially children with special abilities.

The way they do it in the book--and especially the movie--is extremely graphic and disturbing. The movie version is even worse than the book.

When I got to the theater, I was amazed that people brought very little children with them to see it.

I wondered if they even know what the kids were in for. If they didn't, it seemed kind of irresponsible to me. But if they did know, that seemed worse.

Don't get me wrong.

I'm pretty libertarian about cultural issues and hate censorship in any form. I tend towards the free range theory of child rearing. I think overprotective helicopter parenting is a disaster. I think a certain amount of adversity, discomfort and challenge is good and necessary for a child to become a functional adult.

But there are limits. And not everything is good for every age. Entertaining terror for teens and adults might not be just the thing for preschoolers.

As the biblical book of Ecclesiastes says, "to everything there is a season."

Thanks for sharing this great post.This is so nice.