What's next in WV's Appalachian uprising? 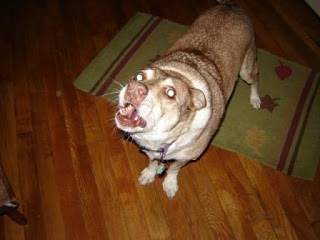 It's pretty much official. This is more of an uprising than a work stoppage. The movement is driven from below and no formal organization is pulling the strings.

Historically, that's often the way change happens. Working people's organizations fight the day to day fight for their members and allies but most of the time they do so in the absence of a huge movement willing to disrupt business as usual. When movements like this arise--they can't be manufactured or sustained at will, alas--there's sometimes a bit of a disconnect.

I could be way off but here's my take on where things stand now:

*First, as I argued here, this uprising has already resulted in major victories in a political climate MUCH more hostile than the 1990 strike. I'll say it again, don't minimize the victories. To see all the changes most of us want means we need to change the composition of the legislature so that friends of working people are in positions of leadership. And Congress.

*Second, I think the proposal to use the $58 million, wherever it may come from, for PEIA is just a distraction designed to defeat the movement. I'm no PEIA expert, but the people I know and trust who are all say it needs a long term fix, not a one time bump.

*I think the best outcome would be to push for the raise and long term task force with adequate representation from people directly affected--but to commit to long term educating, organizing and mobilization through May and November and beyond. The progress made shows what can happen when people wake up--but the ground working people have lost in recent years shows what damage can be done when we fall asleep.

*As to the senate president's assertion that the state budget is a fixed amount, that just isn't true. The state budget is the product of deliberate values and choices--or the lack thereof--not cosmic destiny.

*Division and confusion play into the hands of our opponents. And time may or may not always be on our side.
by El Cabrero

Remember Gaston Capertons "Inspire" task teams and the difference they made for state employees?? Of course we don't.

30 years of state employment has taught me that a "Task Force" is where good ideas are sent by decision makers to languish and die.

Or they involve employees, get them to agree to some half assed solution and then get all the rest of the work force pissed at them instead of mgmt. Divide and conquer.

If they take the PEIA task force I'd give 60% nothing will happen and they will get screwed.

You’re right Rick. When the movement turns on the organizational entities who represent and support them, they become a disorganized mob. That’s what we must avoid. The majority party of this WV Legislature would like nothing more than to watch the public education unity implode. Stay smart, stay strong and stay united! 55 UNITED