OK, so 2016 has been a downer year for humanity so far. No arguing that. On the other hand, it's been a pretty good year for baby birds at Goat Rope Farm. Earlier this sprint, a baby great horned owl was hatched up on our hill.

Last week, five baby phoebes who had nested in our goat barn fledged. This took some intervention by the Spousal Unit, who had to intervene to persuade a black snake to seek meals elsewhere. 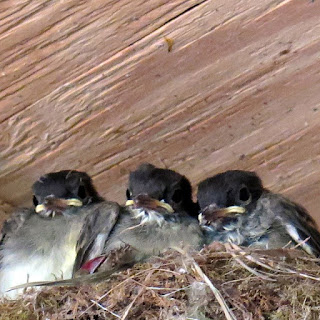 Even better, we've noticed for a good while that a green heron was hanging around our pond a lot. How cool was it to see that she hatched four babies (big uns at that!): 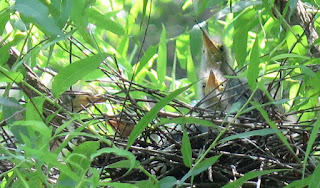 On top of that, we discovered that a broody hen managed to hatch two baby turkeys, one of which is shown below. The other didn't recognize a photo op when it had one. 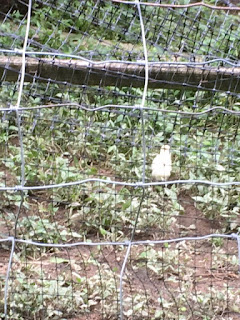 So there's that anyhow.
by El Cabrero