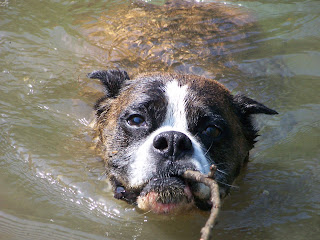 It's hard to keep your head above water these days.

It looks like another economic stimulus package is on the horizon, which is a good thing, especially if we get it right. There has been much debate about what the next stimulus package should contain.

Along with lots of other folks, I've argued many times here and elsewhere that a good stimulus package should be targeted at those who need help the most and at improving public investments in infrastructure. Those ideas are kind of mainstream now.

Here's what Business Week has to say:

Now that the banks have had a bailout, talk in Washington is turning to a broader rescue plan for the economy. Congress has been studying a possible $250 billion to $300 billion fiscal stimulus package—everything from new tax breaks to new-school construction. But success will depend on which stimuli are chosen, says Mark Zandi, chief economist at Moody’s Economy.com. Tax rebates such as those sent out under the 2008 Economic Stimulus Act are pretty effective in a short (six-month) recession, he says, with each dollar spent on the tax break yielding a $1.26 boost to GDP (chart).

But his analysis shows that extending unemployment benefits to 39 weeks, from 26, would yield a greater return, as would raising food stamp payments. And if the downturn lasts 12 months, as Zandi predicts, infrastructure projects—which can take months or longer to kick in—could also render a big payoff. What sorts of stimuli wouldn’t ripple through the economy so efficiently? The cost of corporate tax cuts, says Zandi, far exceeds the economic rewards.

According to Zandi, one dollar of government spending invested in increased food stamp payments would lead to a boost of $1.73 in GDP. Extending unemployment would yield $1.64 per dollar, while infrastructure spending would increase GDP by $1.59 per dollar invested. By contrast, corporate tax cuts would only increase GDP by .30 per federal dollar.

Damn...maybe the folks at Business Week have gone pinko too. And they're not the only ones.

SPEAKING OF WHICH, unemployment is at a 14 year high. And here's Paul Krugman talking New Deal.

VOTE WITH YOUR FORK. Here's an interview with Michael Pollan on the politics of food.

TOLERANCE can spread as easily as prejudice, according to recent psychological research.

WASN'T THERE A MOVIE ABOUT THIS? Some scientists are hoping to clone extinct species.