I have to give props again to Stephen Colbert for this hilarious "report" on an Appalachian small town in eastern Kentucky which is, so far, the smallest to adopt a Fairness ordinance banning discrimination on the basis of sexual orientation. Vicco has a population of around 334...and an openly gay mayor.

Props to the people of Vicco, too!

WHERE YOU LIVE may affect how long you live. And WV doesn't come off too good from this look.

PATRIOT COAL. Union miners are voting today on a proposed agreement with Patriot Coal (search Patriot Coal in upper left corner for more information). I'm not sure how the vote will go but if I was a gambling man I'd say it will pass. The big news is that the UMWA leadership got a better deal for its members than a federal bankruptcy judge after the judge's ruling.

MEDICAID, PRISONS, DRUG ABUSE. An audit from Oregon suggests that the former will help reduce problems with the other two. And save millions.

The wonders of the market

El Cabrero has from time to time been a critic of so-called free market ideologies. Now, thanks to a recent email from a reader, I take it all back. Well, some of it anyway.

The reason for my conversion is that, through the market's invisible hand, you, Gentle Reader, as well as I, can be the proud owner of a Zombie Outbreak Response Team license tag holder for your vehicle.

There are no guarantees, but it just might get you behind the security lines at a zombie apocalypse outbreak.

YOU WOULDN'T KNOW THIS FROM LISTENING TO SOME PEOPLE, but the federal deficit is actually shrinking.

IMAGES OF WAR by way of NPR here.

HOLY PILL MILL, BATMAN! Read about the latest fun and games from the WV attorney general here. No wonder consumer protection is on the back burner these days. 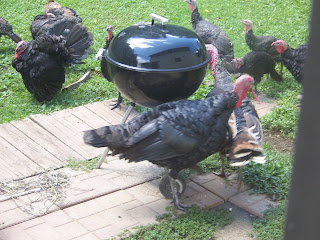 I admit it. Some of the turkey boys on our farm may not be the brightest crayons in the box. 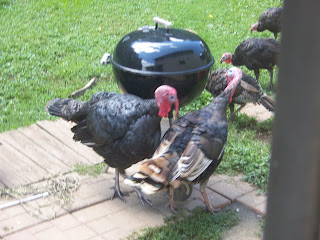 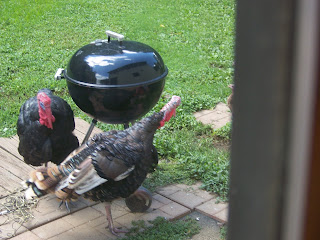 They seem more obsessed with each other than with the females. Not that there's anything wrong with that. The whole grill thing, however, is kind of sad.

THE ANTI-WAL-MART. Here's a comparison between wages and benefits at Costco, Wal-Mart, and Wendy's.

There is no defense... 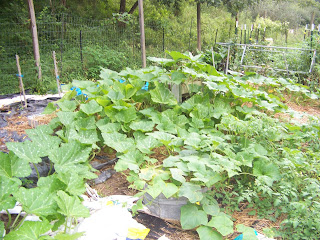 ...against a summer squash attack.

WORTH A LOOK. Here's USA Today about waiting for the Affordable Care Act in WV. Notice working people wanting coverage versus political posturing by others.

Congratulations to the United Mine Workers of America for reaching a settlement with Patriot Coal that preserves some of the benefits promised to retired miners. Details of the settlement aren't available yet. The company was formed from holdings from the Arch and Peabody coal companies. Many observers contend, with the union, that Patriot was set up to fail as a way of getting rid of promised benefits to retired union miners.

Despite an unfavorable ruling by a federal judge in May, the union kept up the pressure and protests, even as its leaders continued to try to reach a negotiated agreement.

Lots of us who sympathized with the miners were also concerned about the precedence this bankruptcy deal would set. The obvious question was, "Who's next?"

I'm glad they held the line.

FRIENDS IN HIGH PLACES. Here are the latest hijinks from the WV Attorney General's office.

FESS UP. OK, who smuggled this snapping turtle into Germany? It has to be a Goat Rope reader. I even tremble to think that the turtle in question might be this Goat Rope contributor.