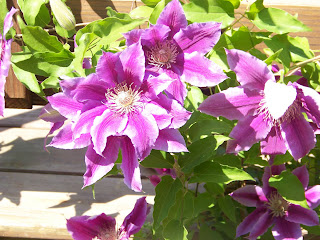 According to an old joke, Father's Day is the most confusing day of the year in El Cabrero's beloved state of West Virginia, which incidentally celebrates its birthday the same Sunday.

Be that as it may, I want to acknowledge my late father here. He was something of a philosopher. However, like the Spartans of old, he expressed his wisdom not in lengthy tomes but in brief aphorisms. These were generally of a lewd, anatomical and/or scatological nature. I am tempted to share some, but this is a G rated blog.

You'll just have to use your imagination. 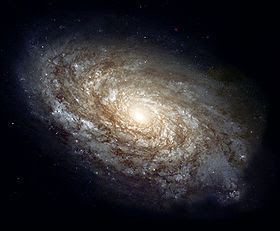 El Cabrero has been spending time with Henry David Thoreau lately. I'm the first to admit that he was a bit of a crank and that if I spent a week with him on the Concord and Merrimack rivers, I might have pitched him overboard.

But still...he really has his moments. I love the ones where he basically smacks the reader upside the head and challenges him or her to pay attention, something I am only sporadically capable of doing.

Men esteem truth remote, in the outskirts of the system, behind the farthest star, before Adam and after the last man. In eternity there is indeed something true and sublime. But all these times and places and occasions are now and here. God himself culminates in the present moment, and will never be more divine in the lapse of all the ages.

WE ARE NOT AMUSED. The US Senate fell a few votes short of 60 on an important vote that would have extended unemployment benefits and fiscal relief to states and helped preserve jobs.

1937 BLUES. The victory of the deficit hawks, as in the vote above, could likely extend the slump, as Paul Krugman argues here.

AND BESIDES, a new Gallup/USA Today poll shows public support for more spending to create jobs.

HOW BAD IS IT? According to the Working America blog,

If the 15 million unemployed workers in this country stood side-by-side, literally shoulder to shoulder, they would stretch from Bangor, Maine to Los Angeles, California… and back again.

In this age of multi-tasking, a dose of Thoreau really clears the palate. If he felt out of place in the mid 1800s, what would he think of an era in which people listen to music, carry on a conversation and send text messages while driving a car?

...we live meanly, like ants...Our life is frittered away by detail...Simplicity, simplicity, simplicity! I say, let your affairs be as two or three, and not a hundred or a thousand; instead of a million count half a dozen, and keep your accounts on your thumb nail.

That's a tall order for an ADHD nation.

IMPORTANT SENATE VOTE. The vote to extend key provisions of the Recovery Act--including unemployment insurance extensions and aid to states--is likely to take place today. It has been scaled back further after a failed vote yesterday. If you haven't contacted your senators, please do so today and urge them to vote yes on "the extender bill." Click here to get started.

MAKING THE CASE. In testimony before Congress, Lawrence Mishel of the Economic Policy Institute urges more aggressive action to deal with unemployment.

THE COMMON DENOMINATOR between BP and Massey Energy is greed, according to union leaders Cecil Roberts and Leo Girard. 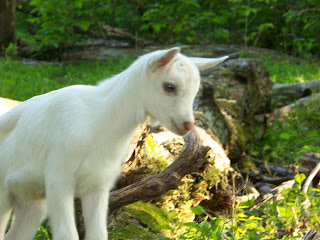 I remember having a discussion with some young people about Thoreau's Walden a while back. One person pointed out that he didn't really rough it or live totally off the land, as if he cheated by having occasional dinners at a friend's house.

I tried to point out as tactfully as I could that he didn't go to the woods for commando or survival training. It was more of what we might call today an extended spiritual retreat.

In some of his best known words, he explained his reasons this way:

I went to the woods because I wished to live deliberately, to front only the essential facts of life, and see if I could not learn what it had to teach; and not, when I came to die, discover that I had never lived. I did not wish to live what was not life, living is so dear, nor did I wish to practice resignation, unless it was quite necessary. I wanted to live deep and suck all the marrow out of life, to live so sturdily and Spartan-like as to put to rout all that was not life, to cut a broad swath and shave close, to drive life into a corner and reduce it to its lowest terms, and, if it proved to be mean, why then to get the whole and genuine meanness of it, and publish its meanness to the world; or if it were sublime, to know it by experience, and be able to give a true account of it in my next excursion.

Thoreau is at his best in passages like that which challenge the reader. It would be terrible thing to discover at the end of life that one had never lived at all.

CUTTING CORNERS. That would be BP. Here's the Washington Post on the president's speech while we're at it.

STATING THE OBVIOUS. Here's Dean Baker on the obtuseness of some of his fellow economists.

WHATEVER HAPPENED TO boredom?

A DEAL? It looks like the dispute which cost the Rev. Jim Lewis his license to function as a priest in WV is close to resolution.

MAKING EYES. Caterpillars, no doubt after a careful study of The Art of War, make false ones to scare off predators. 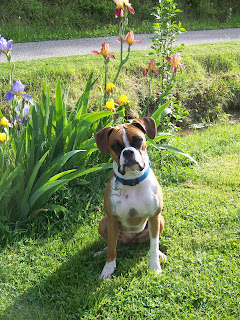 Little Edith Ann is all about conscious endeavour.

Lately, I've been meandering through Thoreau's Walden and sifting for nuggets of gold. It's a pretty rich vein.

A line that struck me today expresses one of the great things about human nature, to wit, the fact that as flawed as we are we can with effort get better at almost anything we set our minds to. I tend to be a bit cynical about humankind. I'm no utopian and don't believe in human perfectibility. But it is an astonishing thing that while we can't remake the whole enchilada, we can make huge improvements on any number of specific things.

Here's how he put it:

I know of no more encouraging fact than the unquestionable ability of man to elevate his life by a conscious endeavour.

WE COULD USE A LITTLE CONSCIOUS ENDEAVOUR on energy and climate change policy. The BP mess in the Gulf could lead to a push for major new legislation.

WILL WE BE STUPID OR SMART on dealing with deficits and economic recovery? The smart money may be on stupid but our hopes depend on smart.

ON THAT NOTE, here's a good editorial about the need for quick action for the unemployed.

THE BIG BAD WOLF of the WV policy world is named OPEB.

THE HORMONE OF CONFLICT? Researchers suggest that the hormone oxytocin, sometimes associated with trust, is also related to inter-group conflict.

Of drownings and shoestrings

El Cabrero has long been intrigued by the Taoist idea of wu-wei, which is usually translated as "non-action." It doesn't mean not doing anything but is more like doing what is timely and appropriate when conditions are right without a lot of hoopla or wasted energy.

My guess is that this is something the world's most effective people have always known, even if they didn't think about it in exactly those terms.

I think Henry David Thoreau came up with one of the best expressions of that concept in Walden. It's pretty short and sweet:

Rescue the drowning and tie your shoestrings.

SPEAKING OF RESCUING THE DROWNING, the White House has called on the Senate to extend COBRA benefits so that jobless workers can afford insurance and urged an extension of fiscal aid to states via the federal Medicaid match. These issues may be up for a vote this week. Last week I urged people contact their senators to support these steps. If you haven't done so yet, this would be the time.

WHACKADOODLE FEARS. Here are 10 things that people on the far right are scared of.

A RARE EVENT. It doesn't happen at this blog very often, but I found this op-ed by Thomas Friedman to be worth a link.