Making sure kids get food

I’m not a terribly a superstitious person — except maybe for things like throwing spilled salt over the left shoulder. Or not rocking an empty chair. Or knocking on wood when speaking of the future.

But those are purely scientific.

I have one superstition I take seriously: It is very bad luck in West Virginia to call a good piece of legislation or public policy a “no-brainer.” For some reason, the no-brainers are the hardest things to get done here.

A case in point during the most recent legislative session was House Bill 2794. It really was, well, one of those bills that should not have required undue cerebral effort. It was a very short and simple bipartisan bill addressing summer and out-of-school food programs for K-12 students.

It would have required county school systems, with the assistance of the Office of Child Nutrition, to survey students about the availability of nutritious food when schools were closed to determine local food needs. Counties would have been required to collect information about the availability of nonschool food resources and distribute this information to all students. This wouldn’t be that hard. Often organizations such as Family Resource Networks or public libraries already have that information.

It would have required that counties provide or participate in training opportunities to provide information for organizations wishing to host summer or nonschool feeding sites again with Office of Child Nutrition assistance.

Finally, it would have counties report survey results, a summary of activities, plans and recommendations for feeding kids when school isn’t in session to the Child Nutrition Office, which would share information about innovative and successful program initiatives around the state to promote best practices.

The idea wasn’t just to promote summer feeding but also to prepare counties to make sure kids have access to nutritious food in emergency situations. Like the one we’re in right now.

Friends of mine, including students, worked hard to move this bill, which eventually passed the House Education Committee. Unfortunately, it was referred to the Finance Committee, even though it had no cost to the state budget.

After heroic efforts by a lot of people, the bill was placed on the agenda of House Finance and then, deliberately, skipped over. The clock ran out and the bill died.

So here we are, in a serious emergency of unknown duration. Some counties are doing amazing work in getting food out and partnering with other organizations and volunteers. Still, some kids are falling through the cracks.

If there was ever a time for something like HB 2794, this would be it.

It would be a great if Gov. Jim Justice would finish what some legislators started by issuing an executive order enacting key provisions of the bill. In or out of school, kids still need to eat. 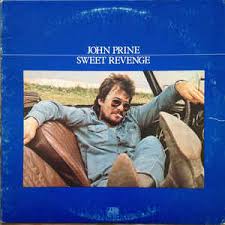 Many years ago, a friend gave me a cassette of the late great John Prine's first album as a birthday present. She told me that someone had given her the vinyl album years before because it was so strange that she was the only person he knew who could make sense of it. I guess she saw in me a kindred spirit. But, as the outpouring of grief at Prine's death from coronavirus shows, we weren't the only ones.

Despite my chronic Dylan fixation, which is entirely involuntary, I gave it a try and was amazed. These songs were funny, silly, sad and serious and unlike anything I'd heard before. There was an added bonus: I was just trying to learn to play guitar and was pleased to learn that if you had four chords, say G C D and A7, you could wing your way through quite a few of them. And his voice sounded like a real hillbilly, which I mean as a compliment.

One of my favorite Prine songs is a silly one about a serious topic, i.e. the reconciliation of God with humanity, which might require some mutual forbearance, in the spirit of Robert Frost's words "Forgive, O Lord, my little jokes on Thee /And I'll forgive Thy great big one on me."

The song is "Whistle and Fish." Part of it goes like this:

I'd like to think that the two of them have let bygones be bygones and are whistling away at the Great Celestial Fishing Hole.

In an ordinary year, a lot of AFSC’s work in West Virginia revolves around the state’s legislative session, when we advocate with partners and community members on issues affecting low-income and working families. The session lasts 60 days from early January to early March. After that, we usually catch our breath a bit before gearing up for the next round.

This isn’t an ordinary year.

It now seems like an eon since the legislative session ended at midnight on March 7. And, while we made a lot of progress in working for economic justice, those wins have since been eclipsed in our memories as we face the COVID-19 pandemic. And there hasn’t been a lot of breath catching.

So how do you respond to a pandemic in a poor and rural state when you’re sheltering in place? We’re still trying to figure that out, but here’s what we’ve come up with so far. In the past few weeks, AFSC has worked with partners and community members to:

Call for immediate action to strengthen safety net programs. Along with allies, we reached out to government officials to streamline and remove barriers to accessing benefits such as SNAP food assistance, Medicaid, and unemployment insurance. Several of the recommendations have already been implemented, including ending waiting periods, work requirements, time limits, and eligibility redeterminations for these critical assistance programs during the outbreak. Earlier on, AFSC joined several other groups in a joint letter to Gov. Jim Justice making several immediate and longer term policy recommendations.

Reduce crowding in correctional institutions as a humanitarian and public health measure. In the legislative session, we joined with community members and partners in winning passage of several bills to reduce mass incarceration in our state. We built on this success to advocate for the early release of incarcerated people who did not pose a serious threat to public safety (see this press release and joint letter from a wide range of organizations, including some unusual allies, such as Americans for Prosperity).

As of a week ago at least 616 people have been released from jails, in addition to 70 held on technical violations and around 70 furloughed to their homes from work release centers. Those numbers have doubtless gone up in the meantime. The West Virginia Supreme Court has also issued guidelines to judges and magistrates to release people in jail who are awaiting trial.

Feed people—especially kids! Child nutrition has been an AFSC priority in West Virginia as far back as 1922. Our programs have worked to expand free school breakfasts and lunches statewide, but what happens when school is cancelled indefinitely? Ironically, a bill we supported to address this issue didn’t pass during the session.

With schools closed and stay-at-home orders in place, many children and seniors were at risk of going hungry. When the crisis hit, Liz Brunello of AFSC’s Appalachian Center for Equality (ACE) program teamed up with ally Jenny Anderson of Our Future WV to create a Facebook group called WV Food ER to provide information and identify needs, volunteers, and resources. The group now has over 3,100 members.

This quickly led to the creation of Rapid Response WV, made of several organizations and individuals around the state. The website allows people to donate, request assistance, or learn about volunteer opportunities and is organizing both the purchase and delivery of food products and hygienic necessities.

Thanks to the generosity of donors, this effort had helped more than 200 families and had over 260 volunteers by the end of last week. Demand for this kind of assistance is only going to increase. The One Foundation, a key funder of AFSC's WV programs, has recently dedicated $20,000 to this effort.

Call for accountability. Along with direct food assistance, AFSC and allies in the WV Food for All coalition have called on the governor to issue another executive order requiring county boards of education to come up with comprehensive food delivery systems for the duration of the crisis.

Unfortunately, it seems that we’re still in the early phase of this crisis. While we don’t know what the future will require of us, we know it will involve a combination of direct assistance and advocacy, organizing, and agitation at multiple levels.

In any unjust system, there will always be a need for direct assistance and acts of compassion. However, these are no substitutes for justice, for the right of all people to a decent standard of living. 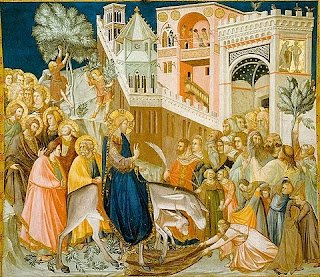 This is a heavy day for me for several reasons. First is the nature of the day itself, which commemorates Jesus' arrival in Jerusalem in the days leading up to his crucifixion and death. The day was triumphant, with blessings and shouts of hosanna...but we know what happens five days later.

Then there's the date itself. Ten years ago today, 29 coal miners were killed in Massey Energy's Upper Big Branch mine. Subsequent investigations, like this one written by my then co-worker Beth Spence, found a deliberate pattern at the company of evading mine safety regulations. The company no longer exists and its CEO spent a year in federal prison, although that's cold comfort to the friends and families of those who died.

I was literally on the far side of the world attending a karate seminar in Okinawa when I got the word. It felt so strange to be that far away at such a time, not that I could have done anything about it.

Finally, the holy day if not the date marks another sad loss for West Virginia and the world. It was on Palm Sunday in 1979, (April 8th to be exact, Easter being a movable feast) that Breece Pancake, in my opinion the state's greatest writer killed himself in Charlottesville.

He was from my home town of Milton and we had some family connections. At the time, I was working at the town library with his mother Helen. I remember going to work to pretend to clean the library that Sunday and finding main librarian Toney Reese there, visibly upset.

I'd work with Helen every Tuesday night and every other Saturday for the next six years and we grew very close over that time. It was sad but still a privilege watching his book of short stories come together and take off. It hasn't landed yet.

If nothing else, this day is a reminder of how quickly and drastically things can change...although we probably didn't need to be reminded of that today.