Republican leaders in the WV legislature unveiled their legislative priorities for the coming session. Some of these are welcome, such as raising pay for teachers and other public employees, making community college and vocation training more broadly available and improving the Second Chance for  Employment Act.

Others, mostly having to do with public education, fall into the "not so much" category. Included in that are another round of business tax cuts to the tune of $140 million; charter schools, which drain resources from public schools; and "school choice," another word for privatization.

If you want to gear up for the next round, check out this Washington Post story on the drive to privatize education in the US. And  here are some great talking points to use in the weeks ahead. 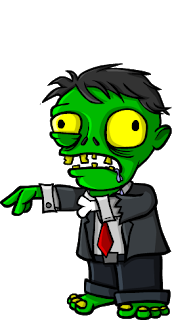 The WV legislature's regular session starts tomorrow and I can't say that I'm dancing with joy, although there seems to be a decent chance that a few good bills may pass. One that doesn't meet that criteria is a proposal to cut business property taxes by around $140 million per year, which would most likely mean a major hit for public education.

While business property taxes have frequently been described as "job killers" by the current majority, the evidence isn't convincing. In fact, a study of similar cuts in Ohio points the other way, with an estimated loss of over 19,000 jobs. That doesn't reflect any damage done to public sector investment or employment.

This is one of those zombie policy ideas that keeps shuffling around after repeatedly being killed in years past. We could do a lot more with that $140 million than pour it down another tax cut rat hole.