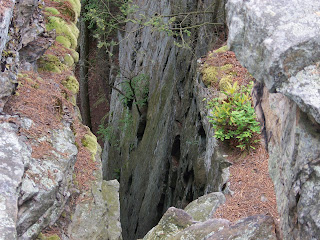 If I hide out at Cold Mountain
Living off mountain plants and berries -
All my lifetime, why worry?
One follows his karma through.
Days and months slip by like water,
Time is like sparks knocked off flint.
Go ahead and let the world change -
I'm happy to sit among these cliffs. 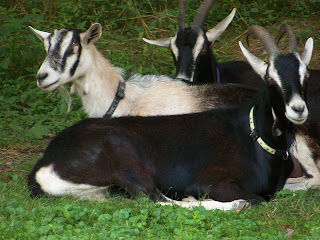 The human race should have learned by the end of the 20th century that goats are a pain in the tuchis.

As I mentioned in yesterday's post, I've decided to start making a list of Things The Human Race Should Have Figured Out By the End of the Twentieth Century.

A Goat Rope email subscriber sent in the following contribution:

*that violently attacking your enemies to “teach them a lesson” does not make you safer, does not cause them to fold their hands and desist in attacking you, and while it does cause some people to admire you, these are the people you don’t want to turn your back on.

*that giving money and tax breaks to the rich does not lift all boats and increase the size of the pie, and the only thing trickling down smells bad.

*The excessive intermingling of government and religion doesn't generally lead to better government but it does lead to worse religion.

Note: Sorry, this post came out late due to a typo. My bad.

ON THE BRIGHT SIDE of the economic mess, many states are questioning the mania for building more prisons and filling them as rapidly as possible.

SIGN OF THE TIMES. More Americans are skipping needed prescriptions as the economy tanks.

WATER, WATER (NOT) EVERYWHERE. Here are some thoughts on the new oil.

TO EVERYTHING THERE IS A SEASON which is starting about two days earlier as the climate changes.

A GREEN COLLAR ECONOMY is already taking root in some surprising places.

TRICKSY INDONESIAN HOBBITS may not have been human, recent skull research suggests.

GOAT ROPE ADVISORY LEVEL: YO NO SE
by El Cabrero No comments: 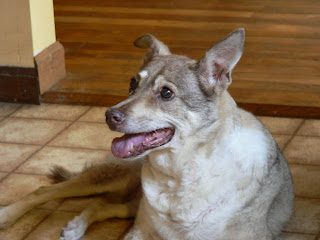 She's got a pretty long list of her own.

One night this week I was invited to talk to a graduate social work class about "the failure of conservative economic policy." It was one of those where-do-you-start moments.

The chance to rant on that topic generated any number of thoughts, but for starters, it made me think about the need to compile a list of Things The Human Race Should Have Figured Out By the End of the Twentieth Century.

*neither does un- or under regulated capitalism.

There will be way more to come on that list but that's a start.

LOOKING BACK. Harper's Index provides an interesting retrospective look at the Bush era. It's really worth a look.

MORE ON THE NEW NEW DEAL. Here's a fond look back at Depression-era public works projects and what we can learn from them.

STATE OF THE STATES: not good, but federal aid during a recession can help, as this snapshot from the Economic Policy Institute shows.

MORE EVIDENCE of global warming has been found in Antarctica.

An image of a day

Yesterday was a day rich in images destined to be replayed for a long time to come. But for me, the most memorable image came unexpectedly, after the official events had been televised.

At the West Virginia Veterans Memorial outside the state capitol on a cold and windy afternoon, I saw a solitary African-American man carrying an American flag and walking calmly, silently, slowly and mindfully around the monument. It was at once a very public and very private act, full of dignity and gravity.

I could imagine any number of thoughts and feelings that motivated this walking vigil, any number of interpretations, such as memories of past sacrifices, a feeling of inclusion and pride, a veteran's solidarity with the fallen, or many other possibilities. But to have interrupted this solitary procession would have been a profanation.

I asked no questions. It was enough to stop, look and remember.

NOW WHAT? Here's one take on what lies ahead.

WHAT JUST HAPPENED? Esquire looks back at the last eight years here.

STUDIES OF PREJUDICE may suggest ways to overcome it. 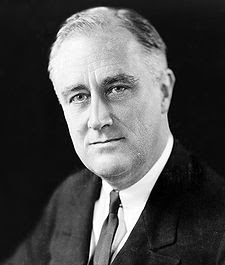 I always felt that through some kind of cosmic paperwork mixup I was born in the wrong time. Given the choice, I think a birth sometime around 1915 or a little earlier might have worked.

For most of my life, I was right there with Hamlet: "The time is out of joint..."

I've always felt more affinity for the world of the 1930s and 1940s, as hard as those times were, than the world I was born in--and was always a little jealous of my parents for having the chance to live under a president like FDR.

It seemed that it was my fate that during all my adult life, the political forces that I hated the most would be triumphant: market fundamentalism, one-sided class warfare from above, with divisive cultural issues providing a smokescreen. The first election I could vote in was 1980 and I still recall what a miserable night that was. The decade the followed was disastrous for West Virginia, with double digit unemployment and a crashing standard of living.

The 1990s were a little better, but the dominant ideology was still that of pseudo-conservatism, a toxic mix of plutocracy and prejudice. And those were the good old days...

It is the peculiar distinction of the Bush years that by comparison, almost any administration of the past looks pretty good.

At many points over the last 30 years, I kept wondering if it was ever going to be over. Every ebb of the tide seemed to be followed by another peak. Like one of the bad guys in a slasher movie, it seemed to revive every time you thought it was dead.

I guess we had to drink the cup to the dregs before the bankruptcy of the agenda became apparent.

Is it over? Lots of people think so, but I'm not going to drop my guard. Meanwhile, here's to the changing of the guard.

IT'S ON. The fight over the Employee Free Choice Act and the role of the labor movement in rebuilding the middle class, that is.

A revolution of values 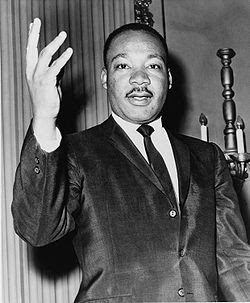 "A true revolution of values will soon cause us to question the fairness and justice of many of our past and present policies. On the one hand we are called to play the good Samaritan on life's roadside; but that will be only an initial act. One day we must come to see that the whole Jericho road must be transformed so that men and women will not be constantly beaten and robbed as they make their journey on life's highway. True compassion is more than flinging a coin to a beggar; it is not haphazard and superficial. It comes to see that an edifice which produces beggars needs restructuring. A true revolution of values will soon look uneasily on the glaring contrast of poverty and wealth...

America, the richest and most powerful nation in the world, can well lead the way in this revolution of values. There is nothing, except a tragic death wish, to prevent us from reordering our priorities, so that the pursuit of peace will take precedence over the pursuit of war. There is nothing to keep us from molding a recalcitrant status quo with bruised hands until we have fashioned it into a brotherhood."