As we head into another hot weekend, here are a few items that caught my eye...

OH GOOD. At the rate we're going, US wage levels will soon be competitive with those of China.

DECLINING UNION MEMBERSHIPS, INCREASING INEQUALITY. Here's an academic paper about the connection between the two.

The exact measure of injustice I find myself wondering these days where the drive to oligarchy and plutocracy currently in progress in the US will end. I think Frederick Douglass (see past two posts) answered that question well back in 1857:

Find out just what any people will quietly submit to and you have found out the exact measure of injustice and wrong which will be imposed upon them, and these will continue till they are resisted with either words or blows, or with both. The limits of tyrants are prescribed by the endurance of those whom they oppress.

MAKING IT PLAIN: here's a simple guide to the bogus debt crisis in the US that was written for a Latin American audience.

WHILE WE'RE AT IT, here's something on the real crisis, i.e. that one that has to do with jobs.

DEEP CUTS. Here's how the Satan sandwich debt ceiling deal would work in practice if across the board cuts are made.

DOUBLE DIP, ANYONE? The economy might be having one.

Get up, stand up 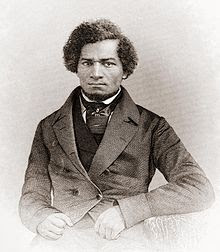 I've been thinking lately about some words of wisdom from the great abolitionist and former slave Frederick Douglass. He had a strong belief that people would not stand up for the rights of those who don't stand up for their own.

The world in which we live is very accommodating to all sorts of people. It will cooperate with them in any measure which they propose; it will help those who earnestly help themselves, and will hinder those who hinder themselves. It is very polite, and never offers its services unasked. Its favors to individuals are measured by an unerring principle in this—viz., respect those who respect themselves, and despise those who despise themselves. It is not within the power of unaided human nature to persevere in pitying a people who are insensible to their own wrongs and indifferent to the attainment of their own rights. The poet was as true to common sense as to poetry when he said,

Who would be free, themselves must strike the blow.

This kind of reminds me of a story passed down about my late great grandfather, John "Crawfish" Gillespie (he got the nickname after blowing off his middle three fingers with a shotgun given him by a Confederate politician and war veteran). When hosting someone at his table, he asked the guest if he wanted more peas and corn.
"I don't care," said the guest.
Old Crawfish replied, "If you don't care, I'm sure I don't give a damn."

BROTHER LARRY SPEAKS. Here's a good op-ed on the debt ceiling "Satan sandwich" deal and what it ignores by my fried Larry Matheney of the WV AFLCIO. 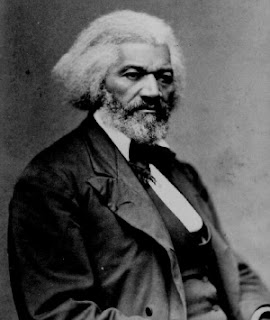 ...I came across these lines from Frederick Douglass:

The general sentiment of mankind is that a man who will not fight for himself, when he has the means of doing so, is not worth being fought for by others, and this sentiment is just. For a man who does not value freedom for himself will never value it for others, or put himself to any inconvenience to gain it for others. Such a man, the world says, may lie down until he has sense enough to stand up...

MORE ON THE "SATAN SANDWICH" (AKA DEBT CEILING DEAL). Here are statements from the Coalition for Human Needs and the Economic Policy Institute.

Holy Neville Chamberlain, Batman! I don't have much to say about the massive cave-in on the debt ceiling, but here are three people who do:

On the other hand

I think this is a bad deal on the debt ceiling, assuming it goes through. On the positive side, I taught the grandkid how to ride a bike without training wheels today.

Life lesson: generally speaking, while many things are pretty awful, most times not everything is all bad all the time. This isn't a matter of any mercy on our behalf on the part of the cosmos, the evidence for which is pretty underwhelming. It's just statistics and probability.
by El Cabrero 1 comment: