After a struggle that lasted several months, many community members in Charleston are celebrating a major symbolic victory. The Kanawha County Board of Education voted 4-1 yesterday to add the name Mary C. Snow to Charleston's West Side Elementary School. Snow was a prominent African American educator who was an inspiration to many black and white West Virginians.

The struggle was intense at times. Check this earlier post for a description of a community meeting in February that brought out hundreds of people. The board had earlier voted down the measure, but two members changed their previous votes.

It was an interesting campaign for several reasons. First, I was baffled by the way the board majority (like the school's faculty senate) initially dug itself into a position of opposition. One member, to wit Pete Thaw, the lone holdout, went as far as saying "I will fight this issue until hell freezes over and then fight on the ice."
To me, it would have made more sense to graciously yield, and then call on the community to increase its support for the school.

Several things contributed to turning it around. First, when further negotiations seemed fruitless, a respected member of the African American community, Linda Ealy, ran for the board in the May election. She didn't win, but ran a good shoestring campaign and garnered a significant number of votes--significant enough not to be ignored.

Second, and probably most important, the community leaders who led the effort for the change continued to engage with the school, its staff and its students and tried to be as supportive as they could. One recent example involved finding hundreds of book bags to give out to each student. Over time this kind of positive engagement seemed to wear down the opposition. Opposition to the name change from school staff evaporated while some board members re-evaluated their position.

That kind of positive approach can be hard to resist. It's hard to keep scowling at people who persist in helping you out. In that sense, this is a good example of a campaign carried out in the spirit of positive nonviolence.

A final note. Yes, it was about the name. But it was even more about respect.

NOTE. El Cabrero is about to hit the road for a while so posts will be irregular. Not that they've been like clockwork lately anyway...
by El Cabrero 1 comment:

So I'm a troll

I seem to recall reading somewhere that Karl Marx, when overcome with an outbreak of carbuncles, found solace in writing obscene Portuguese poetry. That wasn't an option for me during my week + of zombie fever, which I devoutly hope has passed. While the Spousal Unit is fluent in that language, my knowledge of it is limited to one obscenity (anatomical in nature).

Instead, as I have mentioned before, I've found what solace I could in trying to out-troll right wing trolls lurking around the Charleston Gazette website, always a target-rich environment. In one recent article about the Affordable Care Act, a troll wrote that "government should not be in the business of deciding who lives and who dies." I wrote that I totally agreed and that these decisions should be left to corporations and the market like they are now.

Recently, the Gazette ran a thoughtful editorial about how some of our political polarization is based on deep psychological factors. Yeah, well, whatever. Here's what my troll alter-ego had to say about all that:

This is just a clever attempt to take the reader's mind off the eternal struggle between the forces of Coal, which are all good, and the forces of EPA, which are all evil all the time. Remember, in the last days, Coal will triumph over its enemies and make everyone who ever lived bow down before it, the way most WV politicians do now, for the final judgment.

If nothing else, I can rest my fever-ridden body a little easier in the knowledge that I've attempted to keep the web as a refuge of sanity and rationality.

JUST ONE LINK TODAY, about the end of the world, of course.

GOAT ROPE ADVISORY LEVEL: THE NEXT NOTCH ABOUT ELEVATED
by El Cabrero 1 comment:

Email ThisBlogThis!Share to TwitterShare to FacebookShare to Pinterest
Labels: the end of the world, trolling, trolls, war on coal

A few years back, I did a series here on Stanford psychologist Philip Zimbardo's study of evil, The Lucifer Effect (search in corner of blog for more). People--especially people in power--tend to blame evil actions on the disposition of the perpetrator. Zimbardo's research and that of many other scientists has shown that situations and the systems that sustain them are the real vectors of evil.

I couldn't help but be reminded of his work when I read this article about the football uber alles culture of Penn State and the backlash against a woman who tried to stand up to it. It's a good example of how evil spreads and grows. Note: it usually starts pretty small and doesn't see itself as evil.

OK, I'M STILL DOWN WITH ZOMBIE FEVER, but here's an encouraging link about how people in the eastern panhandle of WV are protesting Governor Tomblin's child care cuts. Let there be more.
by El Cabrero No comments: 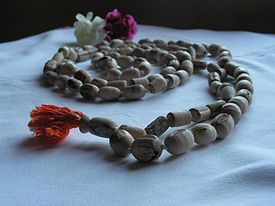 Sustained high fevers do strange things to the brain. My body has been cooking itself for most of the last week and my dreams are random thoughts are becoming really elaborate.

In fact, one myth/parable/koan came to me in sleep or somewhere between waking and sleep fully formed It went like this:

There is a special rosary or mala (as the Buddhists call them) which has the powers to convey benefits on those who recite prayers or mantras with sincerity. However, the mala will only work its magic if it had the precisely correct number of beads. Any more or less and it would have no effect.

In addition, a charm had been placed on it from the beginning that kept anyone from counting the number of beads. Before one made the full circuit, one would always loose count.

As soon as I confronted this image, it occurred to me that the only thing to do was to use it in all sincerity as if one was certain it was the real thing (provided you didn't neglect ordinary means).. I think it might be this fever's version of Pascal's wager or even a tribute to the placebo effect. Or it could be an uncharacteristic call to faith in the face of doubt.

That's what the virus said anyway.

I'm too busy cooking myself to look for links.

I have, however, managed to continue trolling, which lifts my spirits immensely, about which more later.
by El Cabrero No comments: