Fatal to be hungry 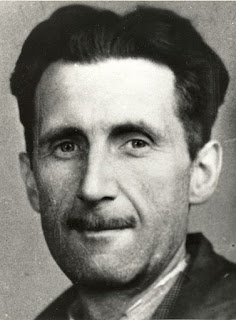 I've spent a decent chunk of the last several years in working with friends to try to fight off attack on poor people in general and food assistance in particular. It would probably be safe to say our success has been limited.

Several of these fights are still in the works and are caused by the Trump administration's human wave attacks on SNAP (Supplemental Nutritional Assistance Program).

While musing on that subject, I ran across a couple of quotes about hunger and the cruelty and the enormous condescension people show to people who are poor.

"It is fatal to look hungry. It makes people want to kick you."

“It is curious how people take it for granted that they have a right to preach at you and pray over you as soon as your income falls below a certain level.”

I'm not sure which is worse.
by El Cabrero 2 comments:

I think I've spent more time with Mister Rogers in the last month than in all the rest of my life (if you don't count Eddie Murphy's parodies on SNL). First I watched the documentary "Won't You Be My Neighbor?" and was kind of blown away, cynic that I am. I've also talked to several adults who loved the show as kids.

Then I felt compelled to check out the feature film starring Tom Hanks, titled "A Beautiful Day in the Neighborhood," a fictionalized account of magazine writer Tom Junod's life changing encounter with Rogers when he was assigned to profile him.

As fictional as it was, it turns out that it was also substantially true. In case you want to run down this remarkable story, here's Junod's original article, published in Esquire in 1998.

And, thanks to a friend, here's a very powerful and moving reflection on that friendship by the author more than 20 years later as published by The Atlantic.

I think it's worth a look. And it's probably good to remember in times like these that things like this can actually happen.
by El Cabrero No comments: