Just a quick sendoff for the weekend... 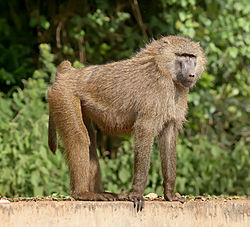 For centuries, people have clung to various examples of things that are uniquely human and distinguish us from the rest of the animal kingdom. That list has gotten shorter and shorter lately the more we learn about animal behavior. Still I never quite expected to learn that recognizing written words would go on the list. Baboons seem to be able to do it, as this NPR story reports.

I wanted to see what the dogs on the farm thought of the story but they were busy writing poetry.
by El Cabrero No comments:

You can't make this stuff up

We interrupt Goat Rope's regularly scheduled programming to share the latest supreme wisdom from a local right wing newspaper columnist. Writing in the Charleston Daily Mail, Don Surber attacks school nutrition programs. These were, ironically enough, enacted by President Harry Truman as "a measure of national security" after the military found that many WWII recruits were unfit for service due to malnutrition in childhood.

The esteemed columnist, however, is having none it. Rather, he makes the following argument:

Isn’t hunger a motivation to study hard and make something of yourself? 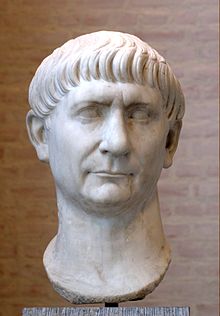 El Cabrero is musing these days about Edward Gibbon's massive Decline and Fall of the Roman Empire, which I just finished after a prolonged assault. As I mentioned last time, he was inspired to undertake that gargantuan project while visiting Rome on a grand tour of Italy and looking at ancient ruins.

His sense of lost glory also included the idea that, for a little while any way, a large segment of European humanity had it pretty good. These days many people are rightly skeptical of the benefits of empire and are more attuned to the sufferings of its victims--the case of Judea comes to mind. And when we think of Roman emperors, we may often think of whack jobs like Caligula and Nero. But he believed that there was a stretch in the 2nd century AD (or CE if you prefer), when living under Rome meant a certain degree of peace and fairly good government, at least by the standards of what came before and what was to follow after the collapse.

"In the second century of the Christian era, the Empire of Rome comprehended the fairest part of the earth, and the most civilised portion of mankind. The frontiers of that extensive monarchy were guarded by ancient renown and disciplined valour. The gentle but powerful influence of laws and manners had gradually cemented the union of the provinces. Their peaceful inhabitants enjoyed and abused the advantages of wealth and luxury. The image of a free constitution was preserved with decent reverence: the Roman senate appeared to possess the sovereign authority, and devolved on the emperors all the executive powers of government. During a happy period (A.D. 98-180) of more than fourscore years, the public administration was conducted by the virtue and abilities of Nerva, Trajan, Hadrian, and the two Antonines. It is the design of this, and of the two succeeding chapters, to describe the prosperous condition of their empire; and afterwards, from the death of Marcus Antoninus, to deduce the most important circumstances of its decline and fall; a revolution which will ever be remembered, and is still felt by the nations of the earth."


For a while, several "good" emperors not only ruled fairly well but managed to pick successors not based on kinship but on merit. Ironically, that string was broken by none other than the famous Stoic philosopher Marcus Aurelius, whose Meditations can still be read with profit today. Instead of picking a good successor--or even better, coming up with a lasting procedure for selecting one--he chose his worthless son Commodus, as viewers of the movie Gladiator will no doubt remember. This, in his view seemed to set up a whole range of bad consequences that would play out in the years and centuries to come.

It's hard to walk away from Gibbon without thinking about how much misery could have been avoided if they had just come up with something on the order of a constitution.

TAXING ISSUES. Here's an op ed by a friend of mine on the need for tax justice.

AND WHILE WE'RE AT IT, here's one by another friend of mine on the US Supreme Court and the future of health care reform.

KOCHED UP. Here's another look at some well known right wing "philanthropists."

El Cabrero recently passed a literary milestone. After several years of effort, I finally made it through an unabridged version of Gibbon's Decline and Fall of the Roman Empire. My "secret" for getting through big books like that is to read a couple of pages from each volume daily, then take a break when a volume is finished, then repeat as necessary. I've found that you can get through almost anything that way...although I have yet to try my method on Joyce's Ulysses.

I was inspired to try Gibbon after three people I know did the same (one, however, told me that if he had to do it over again he'd do a one volume condensation). As the story goes, Gibbon was inspired to take up the task while visiting Rome on the "grand tour" of Italy made by so many upper class Europeans. As he put it,

It was at Rome, on the fifteenth of October, 1764, as I sat musing amidst the ruins of the Capitol, while the barefooted fryars were singing Vespers in the temple of Jupiter, that the idea of writing the decline and fall of the City first started to my mind.

I got a bit of a chance to muse amidst the ruins of the Roman capitol myself last summer, so I can relate.

Was it worth it? What with cognitive dissonance and all I'd have to say yes, especially since saying no would mean fessing up to wasting a bunch of time. Still, it was a grand tour of its own. Over the next few days I may share some impressions.

A FAVORITE TARGET OF MINE gets whacked by Paul Krugman here.

IN PRAISE OF HAVING A SPINE. Here's E.J. Dionne's latest while we're at it.

PERSONAL NOTE. We're back in WV after a bit more than a week on the road. It's always nice to come back to the farm and find that approximately the same number of animals are still alive as were there when we left.