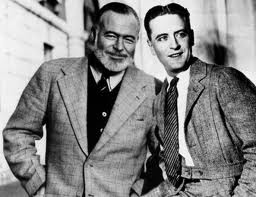 According to a widely told story (which didn't happen exactly as told), back in the last century the American writers Ernest Hemingway and F. Scott Fitzgerald were said to have a disagreement about the nature of the very wealthy.

Fitzgerald was said to hold to the view that "the rich are different from you and me." Hemingway supposedly said, "yes, they have more money."

Scientifically speaking, the results are in. And the winner is...Fitzgerald. The very wealthy, taken as a group, do tend to be a bit different from most folks--and not in a good way. Read more about it here.

I always thought Fitzgerald was the better writer of the two...

THE NEGLECTED CRISIS is the jobs crisis.

LOW RESERVES. Three out of five Americans say they don't have the savings for a $1000 emergency expense.

MOUNTAINTOP REMOVAL. It appears that most Americans are against it. I wonder if this CNN poll will trigger yet another industry hissy fit? Or will they just blame the EPA? 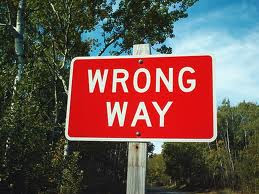 The theme at Goat Rope these days is the current economic mess the US is facing and how we got there.

Installment one is here. It traces the roots of the Great Recession to 30 years of supply side economics, deregulation, tax cuts and privatization.

Installment two is here. It's about the inadequacy of policy responses such as TARP and the Recovery Act to counter the Great Recession.

Installment three is here. It's about how shifting the agenda from the jobs crisis to the deficit isn't going to do much good to either.

One problem with the current budget debate is that all the attention is placed on cutting programs rather than raising revenue. Another problem is that the right wing approach to dealing with the budget doesn't look at what really caused it to mushroom. The main drivers of current deficits are things like the Bush tax cuts for the wealthy, the wars in Iraq and Afghanistan, other increases in military related spending, the industry-friendly prescription drug Medicare benefit, and rising health care costs.

There are realistic solutions to these deficits drivers: raise revenues, end the wars, cut military spending, redo the drug benefit law and implement health care reform. Unfortunately, these ideas aren't on the table. And the jobs crisis continues to be ignored at a time when 25 million Americans are either un- or underemployed.

Instead, we have a situation in which political ideologues are willing to inflict vast harm on ordinary Americans and the global economy to protect the interests of the very wealthy.

A REAL LOOK A DEFICITS can be found here.

IS ANYBODY LISTENING? Here's a look at what Americans really think about taxes, spending and budget cuts from a recent poll.

INEQUALITY, REAL AND IMAGINED. There's a big difference between what Americans think the division of wealth is, what they think it should be, and the way it really is. Here's a brief discussion of the difference and here's a more detailed look.

HIGHLIGHTING AN ABSURDITY. Here's how some of El Cabrero's amigos plan to save the good old USA, one hot dog at a time.

First put out the fire (and save lives) 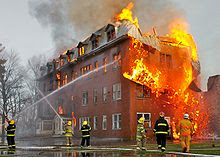 The theme here lately is the current economic and political mess the US finds itself in and how we got there.

Installment one is here. Short version: 30 years of bad policy and bad (supply side) economics set up the Great Recession.

Installment two is here. Short version: the policy response to the Great Recession, TARP and the Recovery Act, might have been enough to restore very modest economic growth but weren't enough to end the jobs crisis. They were thus vulnerable to political attack.

Here's installment three. The shortcomings of the Recovery Act, especially continuing anger over high unemployment, helped fuel Republican victories in the 2010 midterm elections, shifting control of the House and weakening the Democratic majority in the Senate. But as soon as the dust of the election had settled, all that supposed concern about jobs disappeared and dealing with debt and deficits became the order of the day.

As someone said, elections matter.

While deficits and debt are important matters, there are several flaws with the right wing take on the issue. One will suffice for today: cutting government spending in the midst of a recession or very weak recovery is likely to make the recession and its related problems--like high unemployment and weak demand--get even worse, which could also make the long term debt problem worse.

It's a bit like worrying about a new roof on the house when a fire has started in the kitchen. Fixing the roof is fine, but save lives and put out the fire first.

Too little. Too late?

The focus of this blog lately is the nation's current economic mess and how we got there. This is installment 2. Here's #1.

As I argued yesterday, the Great Recession of the last few years was facilitated by 30 years of zombie economics, which consisted of deregulating industry, privatizing services, cutting taxes for the wealthy, and eroding programs that promoted shared prosperity.

In late 2008 and early 2009, Congress and the Bush and Obama administrations enacted policies designed to correct course. First, under Bush's watch, the TARP program or Wall Street bailout was passed. Most people hated it, for good reasons, although it may have actually helped stall the slide of markets and lending institutions and wound up costing less than expected.

The second was the passage of the American Recovery and Reinvestment Act, better know as the stimulus. It was a big bill and a massively mixed bag, consisting of some elements that really helped boost the economy (like extending unemployment insurance, subsidizing COBRA and boosting food stamps) while others that didn't (things like tax cuts for businesses).

Here's the rationale behind it: three things drive economic growth: private spending, business investment and government spending. In a recession, the first two tend to tank, leaving the third to take up the slack.

The main problem with the Recovery Act, as several economists have argued (search this blog for more) is that it wasn't big enough and it didn't place enough focus on direct job creation. At the time it was designed, it was estimated that unemployment would peak at around 8 percent. More than two years later, the rate is still 9.1 nationwide.

The Recovery Act probably did help end the recession in at least a technical sense of helping GDP to stop falling and it did keep millions of Americans from falling into poverty, but it didn't go far enough or last long enough. Now, as it trickles to a halt, we're likely to see more and more layoffs, especially at the state and local level, and more cuts to needed programs and services.

The biggest problem with an inadequate stimulus was political: right wing opponents attempted to brand it as a failure with considerable success and use anger at slow job growth to turn public attention in another direction.

About which more tomorrow.

TALKING SENSE. Here's a statement from the AFLCIO on real and bogus crises.

WHAT ABOUT THE TOOTH FAIRY? Some evangelicals are questioning the literal historicity of Adam and Eve.

WHY NOT PEOPLE? A new study suggests that chimpanzees are more generous than previously thought. Perhaps humans are less so.

In a dark wood 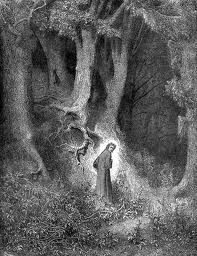 It's starting to look like the United States, like Dante in the opening lines of his Inferno, is finding itself in a dark woods, having lost the true path. Three years after the worst economic decline since the Great Recession, we seem to be headed down a path that will only lead to more misery for ordinary Americans.

And, to throw in a reference to an Irish poet to balance the Italian one mentioned above, the best lack all conviction, while the worst are full of passionate intensity. What happened?

Over the next few days, I'm going to try to unravel this one. Here's the first installment:

The Great Recession, which technically began in 2007 but made itself felt in 2008 was facilitated by 30 years of deregulation, privatization, supply side economic BS and the undermining of policies that promoted shared prosperity. And yet, incredible as it seems to me, the ideas that led to it and which should have been permanently discredited are still being asserted louder than ever.


MEANWHILE, how bout that stock market? Those tea baggers must be really happy now.

DEPARTMENT OF CORRECTIONS. Email subscribers to this blog may have accidentally gotten a not ready for prime time version of installment 2 of this series. I apologize for filling up your inbox.

The above image, circulated by MoveOn.org, leaves out the role of a certain chief executive who seems enamored of Neville Chamberlain's management style.

The big news is the downgrading of the US' credit rating by S&P. Robert Reich goes after them and the horse they rode in on here and Krugman throws in his two cents here, while E.J.Dionne ponders the issue here. Meanwhile, WV groups ponder what the Satan sandwich debt ceiling deal means for ordinary people here.

GOAT ROPE ADVISORY LEVEL: DOWN A LEVEL
by El Cabrero No comments: