El Cabrero is about to hit the road for a week or so, but I would not leave you unprepared, Gentle Reader. As a parting offering, I'm pleased to share the following two links sent by a friend, which may prove useful in dealing with or preparing for a zombie apocalypse.

The first is a "splattering target" for marksmen preparing for the walking dead and the second is a selection of Kabar Zombie Killer blades, of which the advertisement says:

These toxic green gripped blades aim to put your mind at ease should you ever be face to face with an undead enemy without a firearm. Of course they look cool! Of course they will clear brush and work hard tackling your day-to-day. But hey, you just never know when their true intentions may need to be put to use. Do you want to take that chance? Will you be prepared?

Scoff if you want--but if, God forbid, you ever do get eaten by zombies, it won't be this blog's fault.

HOW WE GOT HERE. This Gazette op-ed on the great recession caught my eye.

MINE SAFETY. Alpha Natural Resources, the company that bought out Massey Energy, plans to begin construction on a "state of the art" mine safety and training facility by June. This was part of a settlement with the US Department of Justice in the wake of Massey's Upper Big Branch disaster.

NOTE: Posts will be a bit irregular over the next week or so. 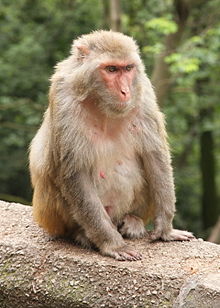 Whilst reading Simon Baron-Cohen's (yes, that would be Sacha's cousin) recent book, The Science of Evil: On Empathy and the Origins of Cruelty, I came across an interesting discussion of rhesus monkeys. He notes that in the 1960s primatologists found that

those who were trained to pull a chain to get food refused to do so if pulling the chain also meant another monkey was given an electric shock. It was as if they refused to profit at the expense of another monkey's pain.


I guess by the political standards of the American right, that would make them freedom hating socialists.

SPEAKING OF THE RIGHT, here's a look at Ayn Rand nation.

When a West Virginia story makes the national news, usually the news isn't good. That was the case this weekend when the worst house fire in Charleston's history claimed eight lives, including two adults and six children, ranging in age from 18 months to 8 years old, early Saturday morning. Three of the children were three years old.

I didn't know the people involved but know people who do. I can't imagine what this must be like for surviving friends and family members. Charleston may be the state capitol, but it's kind of a fair-sized small town and I know this comes as a hard blow to many who live there.

My thoughts also go out to those who responded to the fire. A while back, I served for a few years on our local volunteer fire department. Most of our calls were for things like car accidents, floods, brush fires, and assisting emergency medical technicians. Fully involved structure fires were fortunately few and the ones I responded to involved no human fatalities, although some on our department had been on such calls. People drawn to firefighting, volunteer or professional, gravitate to that calling because they want to save lives and it can be rough on responders when they can't do that.

It's just bad all the way around. No edifying words can help.

Meanwhile, keep an eye on those candles and check the smoke detectors.

UPDATE: The news just got even sadder. As of Sunday evening, the Charleston Gazette reported the death of another 7 year old child from the fire.
by El Cabrero No comments: