El Cabrero is still suffering with some kind of viral thingie that seems to be identical with the symptoms of zombie bite. I haven/t died and started eating people yet but I guess there's still time.

I have found a source of amusement that I have been able to do even with a burning and chilling brain and body: troll on internet news sites. Especially the Charleston Gazette. The Gazette is a progressive paper with a proud history so it is ripe for trolling. In, I'd say most of those who comment are right wing trolls, usually the same few.

As I mentioned earlier, they used to get on my nerves...until I decided to try to out-troll them. Here's my latest effort, which is a comment on this article by Paul Nyden about Senator Jay Rockefeller's recent speech on the future of coal.

Know this if you know nothing else: trolls love coal almost as much as they hate Obama. Here's what I came up with (with a fever of around 102):

Get this: Obama is working with a top secret group of scientists at the EPA to unleash evil cartoon characters on freedom loving Americans. And guess what is the only thing that can stop an evil 'toon? That's right, it's coal. It's all starting to make sense now. Wake up, America!


Even with fever and aching body, trollin' makes me feel good.

Peace out.
by El Cabrero No comments:

I think I know what it's like to become a zombie now. Well, maybe not the dying and coming back and eating people part, but the part that happens after you get bit by one. As all the zombie movies and The Walking Dead series show, then follows a period of high fever, severe body pain, and periods of chills.

That has pretty much been my reality most of this week. I can't find any zombie bites on me, but in case I do croak, somebody should probably do the head thing.

There is one thing I've learned from this experience: when one is subject to periods of extreme chills and shivering, it is probably best not to watch movies about Alpine mountain climbing. I learned that the hard way while watching the German film North Face, about an unsuccessful attempt on Eiger.

JUST ONE LINK TODAY. Metaphors matter. Consider the implications of whether we view the economy as a garden or a machine?

OK, MAYBE TWO. Congratulations to community members of Charleston' West Side, who are on the verge of winning a victory that was months in coming. It looks like the Kanawha County Board of Education is about to vote to add the name of prominent African American educator Mary C. Snow to the West Side Elementary School. Here's a post from back in February about how the community mobilized on this issue.

CONFESSION. In the last post I said I was going to try to stop trolling, i.e. parodying right wing rants on news websites. On reflection, that's probably not going to happen. It's just too much fun.

I could get used to this

I mentioned yesterday that after a long period of being fed up with right wing trolls who lurk around news websites and make toxic comments, I decided to try to out-troll the trolls. That involves saying trying to think of things that are even more Whackadoodle than what the Whackadoodles are saying. It's not that easy these days.

Here's one example. There was an op-ed in the Gazette supporting Senator Rockefeller's brave statement on the need to have an honest conversation about the future of coal. The article got swarmed by trolls. Since part of what drove the controversy was a Republican led effort to oppose measures to limit mercury emissions, I came up with this:


Mercury is awesome. There is nothing in the Bible that says you can't eat it so Rockefeller is against God. Put that in your illegal substance pipe and smoke it, coal haters.

Then my friends at the WV Center on Budget and Policy put up a blog post arguing that regulations weren't to blame for the coal industry's problems. I posted a comment that asked how much they got paid by the Kenyan Secret Service for doing that.

Finally, although I am not feeling well today, I could not resist the chance to comment on an op-ed on the Affordable Care Act by Secretary Kathleen Sebelius. As you might well imagine, right wing trolls swarmed all over it. I figured I'd have to really strut the troll on this one:

Obamacare is a devil plot dreamed up by the Bavarian Illuminati and the Kenyan Secret Service in the Service of the Antichrist. Read the bill. It's all in there. Here's proof: Barack has six letters. Hussein has seven. Obama has five. Take one from the middle name and add it to the last and you have 666.

On reflection, however, I think I'd better stop doing this. There are probably Whackadoodles out there who really believe all that.

So I'm going to swear it off. Cold turkey. No more trolling for me. Unless it seems like the right thing to do at the time.

NO LINKS TODAY. I have a fever.
by El Cabrero No comments:

On becoming a troll 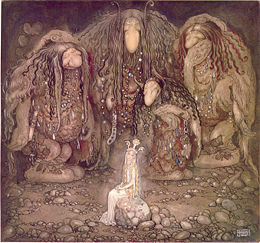 People who view news stories online have no doubt come across the right wing comments that are written by  anonymous people who lurk around these sites the way carp hang out at lakeside bait shops. Such people are called trolls in the parlance of our times.

Sometimes reading troll writing can be infuriating. There have been times when I dreamed of challenging this or that one to a no-rules cage match, although I realize such a move would likely do little to advance my status as someone working in a Quaker organization. Sometimes troll lit is just kind of funny in a sad way.


But lately, as I've noted when the occasion arises, some people have joined the fun by parodying trollish comments on the web. I finally decided it you can't beat join em and plan on out-trolling the trolls whenever the opportunity arises.


My first effort appeared in an online editorial about climate change, a subject always ready to enrage coal-groveling Whackadoodles. Here's what I came up with:


Yeah, anyone who believes in climate change hates America and freedom and probably Jesus too. Science is stupid. So is the environment. I mean, if animals eat each other and go to the bathroom in nature, why should we care about it.


I'm kinda proud of that one. It's a little over the top but comes closer than you would probably like to believe to real things people say on line. As the late great Don Marsh, longtime editor at the Charleston Gazette, sometimes said, "Vox populi, vox wuffo!"

SPEAKING OF TROLLS, they'd really go off on this.

BLACK LUNG. Here's the next installment in NPR's series and more from the Gazette.

HE THINKS TOO MUCH. Such men are dangerous. 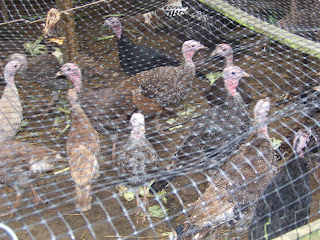 I may have mentioned a while back that we have something on the order of 22 baby turkeys on Goat Rope Farm. They've spent the first few weeks of their lives in a little enclosure. 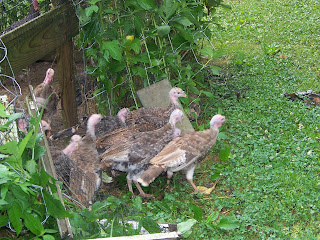 Now that they're bigger, we decided it was time to let them out in the bigger world. They filed out like a bunch of schoolkids. 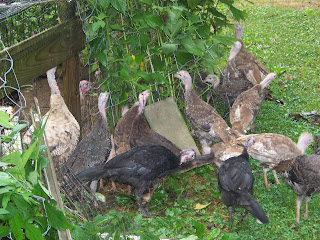 Their first action as free birds was to start chowing down on ragweed. 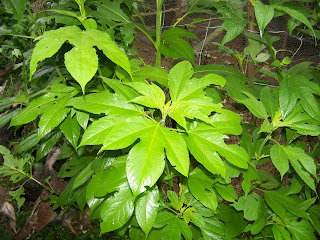 Who would have thought that this plant would turn out to be turkey crack?

THINGS PEOPLE LIKE ABOUT HEALTH CARE REFORM. The problem is, they have to know about it first.

BLACK LUNG never really went away, but now it's back with a vengeance.

THIS PERSON MUST HATE FREEDOM. He's writing about climate change.

The voice of reason

I have a feeling that the waning days of coal are going to give some folks in El Cabrero's beloved state of West Virginia the chance to show the world just how ugly they can be. And that would be pretty damn.

A case in point is found in the comment section of a recent Gazette editorial on the reality of climate change. The bright side, however, is to be found in the comic parodies of right wing ravings by some making comments.(The sad side is that it's hard to tell the parodies from the sincere comments.)

Here's one comical comment by ProudRight, a master of the form:

These storms and the high temperatures were all the result of our Kenyan born dictator Obama. Global warming is a lie used to attack WV. Coal is who we are. Without coal there won't be any jobs. We need to mine and burn as much coal as possible so we all can keep our high paying coal jobs. Who cares what some tree hugger thinks? I don't believe in this research stuff. Scientists are liars who want us all to go around using big words like we're stuck up. I see them driving around in their Priuses with the Obama stickers. I bet my Ford F150 can out run a Prius any day. Pollution doesn't hurt anyone. We lived next to a power plant and we're fine. They tell us not to eat fish out of the river, but we eat fish we catch all the time and nothings wrong with us.


Rock on, ProudRight!
by El Cabrero No comments: