Four for the road

Paul Krugman shows up quite a bit at Goat Rope, but today's op-ed about a war on the poor is better than usual and worth a close look.

SPEAKING OF WHICH, one in five West Virginians, along with millions of people around the country, will face cuts in SNAP benefits (aka food stamps) today.

BLACK LUNG. There's an old saying that if you can't say something nice about somebody, don't say anything at all. Here's an article about a law firm that is really good at keeping sick miners from getting black lung benefits. Nuff said.

IT'S NOT ALL BAD. Workforce WV got a federal grant to provide paid training for displaced miners. It's not enough, but it's a step in the right direction. 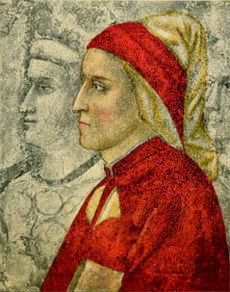 I'm sure my beloved Dante enjoyed parceling out real estate in Hell for the first canticle of his Divine Comedy. Some days, I'd kind of like to hand out the real thing. Some of the prime lots would go to people who cheated sick coal miners out of the black lung benefits they deserved.

IT'S NOT ALL BAD. Here are some creative ways West Virginians are promoting wellness in their communities.

The coal industry continued its 5 year long hissy fit in Washington yesterday, where it asserted that the troubles of the industry have nothing to do with cheap natural gas,cheap western coal or the very real threat of climate change but rather can be conveniently blamed on the black guy.

But a lot of the same industry voices claiming to be the protectors of miners are the same ones who cheat them out of black lung benefits. Kudos to the Center for Public Integrity for shedding light on evil.

I was saddened to learn of the death of rock legend (those words seem kind of trite here) Lou Reed. I must admit that I missed the whole Velvet Underground scene and only became aware of it much later.

But the Lou Reed that I remember most was the angry, prophetic voice behind his 1989 theme album New York, which denounced the greed, corruption, violence and indifference to the poor that characterized the country at the end of the Reagan era. The songs from that album permanently engraved themselves into my consciousness.

Today's song, Dirty Boulevard, is one of those. His words about "your hungry, your tired, your poor" have often gone through my mind when I witnessed the many degradations that poor people are still subjected to.

BAD MOON ON THE RISE. This news doesn't bode well for union miners.

BAD TASTE ON THE DECLINE. What was this Virginia amusement park thinking, anyway?

GET DOWN, DOG. Here's a look at why yoga is good for you.

West Virginia was the subject of a long and gloomy article in the Washington Post recently. Some other reflections on changes in the state over time can be found in this Gazette editorial.

Meanwhile, here's a good one by E.J. Dionne about why Congress has been trying to fix the wrong problem for the last few years and one more by Krugman about how ideology can sabotage government services.