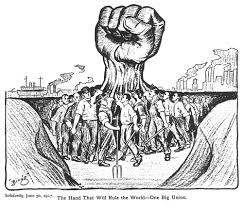 Lots of people in and out of West Virginia may not realize that the song "Solidarity Forever," the international anthem of the labor movement, was inspired by labor struggles right here. Specifically, Ralph Chaplin, journalist and songwriter for the Industrial Workers of the World was inspired to write it after witnessing union miners in Kanawha County during the 1912-1923 Paint Creek strike.

In that spirit, I'd like to share a blog post by my friend and co-worker Arnie Alpert, aka New Hampshire Slim, who works on social justice issues for the American Friends Service Committee in that state. The post is from his blog InZaneTimes and is adapted from a talk he gave in observation of Worker's Memorial Day:

Four years ago, this past Monday a building in Bangladesh called “Rana Plaza” collapsed and came crashing down.

Brands that were sourcing from the factories in Rana Plaza building include Benetton, Bon Marche, Cato Fashions, The Children’s Place, Walmart, and JC Penney.

The owners ignored warnings about the building’s structural flaws.

The workers did not have a union.

The laws were weak and unenforced.

When the building collapsed, one thousand one hundred and thirty-four workers lost their lives. Thousands more were injured.

The scale of the disaster was so large, and the capacity of NGOs like the International Labor Rights Forum and the Clean Clothes Campaign was strong enough, that even though the workers were unorganized it became possible to pressure the companies and the government to reach agreements for inspections, compensation for affected workers and families, and renovating factories to make them safer.

But workers in Bangladesh still face repression when they try to organize.

That makes reforms hard to defend, especially when workers are inter-changeable pieces in a global supply chain, thousands of miles away from the consumers of the products they make, and several corporate intermediaries away from the firms whose logos they sew onto the apparel they make.

That’s one reason why we need to stand together, as workers, as consumers, as citizens.

One hundred and thirty-one years ago next Monday, hundreds of thousands of American workers went on strike calling for an eight-hour day. (The eight-hour movement followed the earlier ten-hour movement, which was led largely by young women like New Hampshire’s Sara Bagley and conducted in places like Dover, Manchester, Exeter, and Lowell.)

In Chicago, at the same time, a strike was going on at the McCormick Reaper plant, whose owner was trying to replace workers with machines. Several days of protest followed the May Day strike. Police killed 2 strikers on May 3. During a rally the next day protesting killings by police, a bomb went off. No one ever knew who was responsible. Several police officers and strikers lost their lives in the violence.

To be brief, Albert Parsons and August Spies, leaders of the eight-hour movement, were blamed, tried, convicted, and executed, despite the lack of any evidence tying them to the violence. (Hanging, not injection of toxic chemicals, was the method used back then.)

The following year, May Day was observed in their honor throughout the world and became known as International Workers Day.

In this country, over the past decade or so, International Workers Day has become associated with protests, rallies, strikes, and marches led by immigrant workers. That includes this coming Monday in Manchester, 5 to 7 pm, in Veterans Park.

Why does this matter?

When immigrants are afraid to complain about the toxic chemicals they use to clean our schools or the excessive heat in bakeries, factories, and laundries, the rights of all workers to a safe workplace is threatened.

When immigrants can be scapegoated and threatened with loss of jobs, the rights of all workers are weakened.

When capital can cross borders with barely any restriction, but workers face walls and troops, we have to stand together.

When workers are so desperately poor that they will take jobs that put their lives at risk, we have to stand together.

When the number of people forced to flee their homes dues to violence, climate disruption, and economic desperation is at an all-time high, we have to stand together.

When xenophobic and nativist movements are on the rise the world over, we have to stand together.

When workers anywhere are afraid to organize, we have to stand together.

During Workers Memorial Week, we say, injustice anywhere is still a threat to justice everywhere. 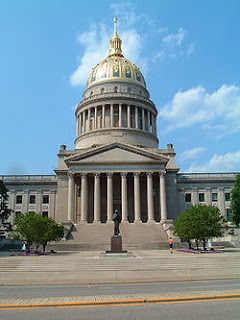 WV Governor Jim Justice has issued a call for a special session of the legislature to start on May 4 to work on the state budget. The governor seems confident that a deal is within reach, having told those attending a press conference that “I think we’re on a pathway to pass a budget that’s going to be really special,”

Of course things could be "special" in all kinds of ways. While I appreciate the governor's attempt to reach a deal with the Republican legislature, I hope he doesn't reach a "compromise" that would hurt working families while giving a tax cut to the wealthy and causing more serious fiscal problems down the road. You can read more on that here and here.

This is a time when revenue increases are needed to preserve the things we value most: schools, higher education, infrastructure, kids, seniors, veterans, parks, recreation, etc. That's one thing. But making the tax system more unfair to low income families while giving a break to the well off is just wrong.

As my friend Sean O'Leary from the WV Center on Budget and Policy recently tweeted, "If WV is going to increase taxes on working families, it should be for investing in schools, roads. Not to pay for tax cuts on the wealthy."

If the Republicans want to force the issue--and they have the votes--then so be it. Let them own it. All of it.

So what can you do about it? Several things, including:

*Call the governor's office and say something like, "Thank Gov. Justice for fighting for a budget that's good for all West Virginians. But please don't accept a compromise that hurts working West Virginians and makes our problems worse in the future."

*Learn more by watching this Facebook Live presentation by Sean Monday, May 1 at 5:30.

*Show up at the capitol on Thursday, May 4 at 9:00 to stand up for The People's Budget.

Game on. And for real.
by El Cabrero No comments: