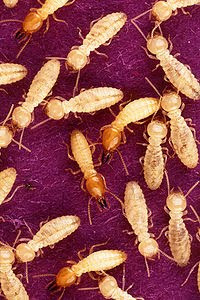 Some primal termite knocked on wood
And tasted it, and found it good!
And that is why your Cousin May
Fell through the parlor floor today.--Ogden Nash
by El Cabrero No comments: 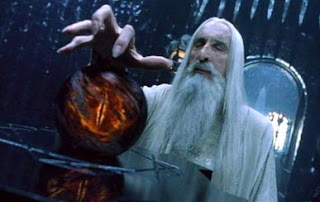 I've been blogging lately about Tolkien's The Lord of the Rings as a work of social realism that has a lot to say about working for social justice. This is installment #5.

In Philip Zimbardo's fascinating book on human evil, The Lucifer Effect, the author examines the many different ways otherwise good people can be induced to cross a line that is hard to see at first. In chapter 12 of that work, he quotes C.S. Lewis about the human desire to be part of the in crowd, the powerful set:

I believe that in all men's lives at certain periods, and in many men's lives at all periods between infancy and extreme old age, one of the most dominant elements is the desire to be inside the local Ring and the terror of being left outside...Of all the passions the passion for the Inner Ring is most skilful in making a man who is not yet a very bad man do very bad things.

a powerful force in transforming human behavior, pushing people across the boundary between good and evil, comes from the basic desire to be "in" and not "out." If we think of social power as arrayed in a set of concentric circles from the most powerful central or inner ring moving outward to the least socially significant outer ring, we can appreciate his focus on the centripetal pull of that central circle.

In LOTR, we see this happening in the case of the wizard Saruman, who started out as leader of the Wise but is drawn to the power of Sauron the Dark Lord. Saruman tells Gandalf

A new Power is rising. Against it the old allies and policies will not avail us at all. There is no hope left in Elves or dying Numenor. This then is the one choice before you, before us. We may join with that Power. It would be wise, Gandalf. There is hope that way. Its victory is at hand; and there will be rich reward for those that aided it. As the Power grows, its proved friends will also grow; and the Wise, such as you and I, may with patience come at last to direct its courses, to control it. We can bide our time, we can keep our thoughts in our hearts, deploring maybe evils done by the way, but approving the high and ultimate purpose: Knowledge, Rule, Order; all the things we have so far striven in vain to accomplish, hindered rather than helped by our weak or idle friends. There need not be, there would not be, any real change in our designs, only in means.

In other words, he wants to be one of the big dogs at the center of things. Sure, he may not go along with all of it, but he might have a chance here or there to make some things happen, all the while telling himself he isn't really changing. It sounds like an ambitious person today going to work for a powerful politician or a major CEO.

ZOMBIE ECONOMICS is alive and well.
BASEBALL SEASON just started. Here's economist Dean Baker going to bat for Social Security.
ANOTHER MEASURE. What does it really take to be (fairly) economically self-sufficient?
FRESH FIGS. Here is the latest edition of the Rev. Jim Lewis' Notes from Under the Fig Tree.
IRAQ. It isn't even safe to breathe there.
GOAT ROPE ADVISORY LEVEL: ELEVATED
by El Cabrero 1 comment: 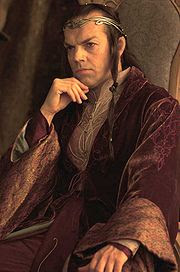 Lately I've been blogging about things that are totally realistic and relevant to social justice from The Lord of the Rings. This is installment #4.

El Cabrero is no elf or other immortal, but I have been around for a while. And when I look back on many struggles, some "won" some lost, I get kind of sad. It is possible--and fun--to help win a good fight every now and then. But it seems to me, with apologies to Dr. King, that the moral arc of the universe wings around randomly but tends to tilt towards plutocracy and oligarchy. Which is to say rule of, by, and for the wealthiest.

The first big fight I took part in was the Pittston strike. The union won a contract, but after a few years the company got out of coal and many were either laid off or had to work nonunion. Another big one was the Ravenswood lockout, when 1700 steelworkers were locked out of their jobs and "permanently" replaced. The union members won that one too, eventually getting their jobs back. Just lately though, the company that inherited the plant cut off retiree health benefits.

And so it goes.

There are a couple of lines from LOTR that sum this up pretty well, both spoken by the elves Elrond and the lady Galadriel, who fought against the Darkness for ages beyond human imagining. Elrond said,

"I have seen three ages in the West of the world, and many defeats and many fruitless victories."

Galadriel puts it this way,

"Through ages of the world we have fought the long defeat."

I ask again, where's the escapism?

THAT PINKO, EISENHOWER. Here are some musings on the relativity of left and right.

WHAT IS IT GOOD FOR? Here are some interesting reflections on war.

FASTING FOR THE HUNGRY. Even foodies are doing it to protest proposed Republican cuts to nutrition and food security programs.

UPPER BIG BRANCH. The federal mine agency MSHA never hit the Massey mine with major fines for safety violations prior to last year's disaster.

Guarding from evil things folk that are heedless

The theme at Goat Rope lately is things from The Lord of the Rings that are totally realistic and relevant to working for social justice. This is installment #3. I have often thought about how much misery has been prevented by uncelebrated and unknown people who without fanfare do a lot of good and/or keep a lot of bad things from happening. They may be this schoolteacher or that old lady who sits on her porch and keeps an eye on the neighborhood or any number of people who work behind the scenes and away from the cameras. Every time I read the trilogy, things jump out at me that I missed before. I was particularly struck this time by the mostly unnamed Rangers of the North (Aragorn was their chief). These are looked down upon as discreditable vagrants by respectable people in the books, yet as the old and wise Tom Bombadil tells the hobbits,

The great writer George Eliot, aka Mary Anne Evans, expressed the same idea at the end of Middlemarch:

So here's to the unknown Rangers of our world, walking in loneliness and faithfully living a hidden life. Without them, we'd be a whole lot worse off.
THE INCREDIBLE SHRINKING STANDARD OF LIVING discussed here. RIGHT WING DEMOCRACY CORRUPTING BILLIONAIRE SELF PITY discussed here. A BOGEY-WOMAN OF THE RIGHT, poverty advocate and frequent Glenn Beck Target Frances Fox Piven, speaks here. GOOD DOG! Here's a survival story from Japan about how a 12 year old Shih Tzu saved its 83 year old owner from the tsunami. GOAT ROPE ADVISORY LEVEL: ELEVATED
by El Cabrero 2 comments:

Be not too eager to deal out death 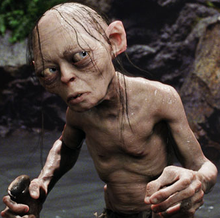 I've recently re-read the Lord of the Rings cycle and this time around I've made notes on parts that seem relevant to working for social justice. Here's installment #2.

During the recent unlamented session of the WV legislature, there was a public hearing on bringing back the death penalty to the state, which hasn't had one since the early 1960s. I was one of the people who testified against it. All through my mind when I was on the stand, a passage from LOTR went through my mind.

When discussing the creature Gollum, Frodo the hobbit casually states that the creature deserves to die. Gandalf replies,

Deserves it! I daresay he does. Many that live deserve death. And some that die deserve life. Can you give it to them? Then do not be too eager to deal out death in judgment. For even the very wise cannot see all ends.

I didn't go there since I figured quoting from a fictional wizard wouldn't exactly help my case. Instead, I focused on examples of fallible judgements. But I think Gandalf probably said it best.

THIS IS JUST GREAT, HE WROTE, IRONICALLY. GE, after making over $14 billion in profits and paying ZERO dollars in US income tax, is asking workers to make concessions.

THAT'S NOT ALL. GE isn't the only corporation to pay no taxes at a time when public services are being slashed.

GANDHI. A new biography will bust some bubbles. I'll stick to FDR and Walter Reuther.

IN CASE YOU WERE WONDERING, the most common modern psychosis is the persecution complex. Or that's what they want you to believe anyway, just to lull you into a false sense of security so they can really get you.

So do all who live to see such times

I mentioned a while back that a "friend" who shall remain nameless, except to say that his first name is Jeff and the initial of his last name is A. and that he is an ordained Methodist minister, pulled a fast one on me. Knowing that I was a recovering Tolkien addict, he loaned me two books about the writer.

I'm sure he knew full well that once I imbibed a little, I'd have to drink the whole thing. Here I am, over 1400 pages later, not counting the books he loaned me. Thanks, pal!

I have often said that The Lord of the Rings struck me as a work of social realism (once you take out the victory). This time around, I made notes on passages that struck me as relevant to working for social justice. Here's the first. Early in the Fellowship of the Ring, the wizard Gandalf lays some heavy news on the hobbit Frodo about the dark times coming and hard work ahead.

Gandalf says, "Always after a defeat and respite, the Shadow takes another shape and grows again."

Frodo speaks my mind, saying "I wish it need not have happened in my time."

Ditto! I don't know how many times I felt that way.

Gandalf replies, "So do I...and so do all who live to see such times. But that is not for them to decide. All we have to decide is what to do with the time that is given us."

Yep. But that doesn't make it any easier.

LOSING OUR WAY. Here's Bob Herbert's last column for the NY Times about the dark times we are living through.

AN EXAMPLE OF WHICH is the fact that congressional Republicans are gunning for Social Security and Medicare.

IT'S GETTING TO BE THAT TIME. As we approach the 150th anniversary of the Civil War, here's a Washington Post item on myths about the causes of southern secession. Short version: slavery might have had something to do with it.