Thinking about the other f word

There’s been a lot of interest in the f-word lately. Of course, I mean the seven-letter one. To wit, fascism.

According to Merriam Webster, it was the most searched word on the internet on election night in 2016. It came close to being the word of the year for 2016 but it was trumped, no pun intended, by “surreal.” In Feb. 2017, The Washington Post reported that fascism’s share of internet searches in the new year was already five times the level of 2015.

Last year, former Secretary of State Madeline Albright, who spent her early years in its shadow in Europe, published a book titled “Fascism: A Warning.”

It’s shown up in the news quite a bit lately.

No doubt the word gets kicked around inappropriately, often coming to define a fascist as anyone with whom one disagrees.

The word had a fairly innocent origin. During the Roman Republic, one of the more democratic governments in the ancient world, lictors or bodyguards of officials carried fasces, a bundle of rods tied around an axe blade as a symbol of legitimate authority.

The symbolism was powerful. A single rod could be easily broken, but not many joined together.

It survived as a non-fascist symbol long after the ancient world, showing up both in the reign of French King Louis XIV (1638-1715) and in the symbols of the French Revolution which overthrew his dynasty in the late 1700s. You can even find fasces behind the podium of the US House of Representatives, on the left and right and on the seal of the US Senate.

It acquired its modern connotations when adopted by Italian dictator Benito Mussolini. Mussolini was originally a socialist before embracing authoritarianism, militarism, imperialism and extreme nationalism after World War I.

At first, Mussolini was more opportunist than ideologue. His initial platform called for women’s suffrage and social programs including greater representation of workers. However, those ideals soon faded as he reached an accommodation with traditional economic elites and crushed independent workers’ organizations.

Eventually the term was applied to other movements, most of which didn’t gain power. One notable exception, of course, was Germany, which would far eclipse fascist Italy in terms of power while it lasted.

Fascist movements often begin as a variety of populism, which can take many forms, some benign. Michael Kazin defined populism as “a language whose speakers conceive of ordinary people as a noble assemblage not bounded narrowly by class; view their elite opponents as self-serving and undemocratic; and seek to mobilize the former against the latter.”

John B. Judis distinguished between the populism of the left and right. In his recent book “The Populist Explosion,” he suggested that:

“Leftwing populists champion the people against an elite or an establishment. Theirs is a vertical politics of the bottom and middle arrayed against the top. Rightwing populists champion the people against an elite that they accuse of coddling a third group, which can consist, for instance, of immigrants, Islamists, or African American militants.” Or some other group. You can pretty much fill in the blank.

(Side note: I’d personally prefer we retire the language of left and right when it comes to current politics. Those terms refer to which side supporters or opponents of the French monarchy sat on at the National Assembly in 1789, which isn’t exactly a burning issue these days.)

Still, one can have populism of the “right” without having fascism. And fascist movements that gain state power generally ditch the populist agenda as leaders reach understandings with conservative and business elites. The populist base of such movements generally get thrown under the proverbial bus. A classic example of this is Hitler’s 1934 purge of more radical Nazi supporters in what came to be known as “the night of the long knives.”

So what does the word mean mean these days? And does it matter?

One scholar who has researched the history exhaustively is Robert Paxton author of “The Anatomy of Fascism” (2004). He defined it as “a form of political behavior marked by obsessive preoccupation with community decline, humiliation, or victimhood and by compensatory cults of unity, energy, and purity, in which a mass-based party of committed nationalist militants, working in uneasy but effective collaboration with traditional elites, abandons democratic liberties and pursues with redemptive violence and without ethical or legal restraints goals of internal cleansing and external expansion.”

He saw the mobilizing passions of early stage fascism to also include the need for authority and “the closer integration of a purer community;” belief in superiority of the leader’s instinct over reason and logic; the beauty of violence and the will in pursuing the group’s aims; and the right of the chosen group to dominate others without restraint.

He saw the movement as including stages from their emergence to their establishment in the political system to gaining power to wielding it to a final stage of either radicalization or entropy. The good news is that while authoritarian regimes can last a long time, fascist ones don’t have much of a shelf life. So far.

Ever since fascist movements emerged in the first half of the 20th century, many Americans have asked themselves if it could happen here, a question that has been asked more frequently these days.

I think it’s possible but not inevitable. While this may be to be the closest this f-word has had to a moment in the sun in this country, I’m hoping it’s more of a flirtation than a long-term relationship.

Still, it might be good to recall the words of Pearl Buck, the only West Virginian (so far) to win the Nobel Prize for literature: “When good people in any country cease their vigilance and struggle, then evil men prevail.”

Words from the oracle 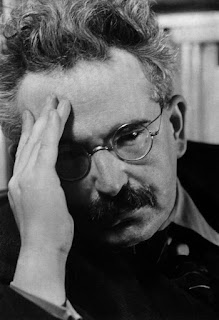 For the last few years, my mind has kept circling back to the cryptic ideas of Walter Benjamin, a radical and somewhat mystical Jewish philosopher who committed suicide when in the Pyrenees when it seemed like escape from Nazi-occupied France would be impossible.

It's weird that I keep going back there because I'm pretty sure I don't understand 90+ percent of what he says, but every now and then a line will jump out at me and stop me in my tracks.

I have two quotes from him today. I can't find the original source for this one but here goes:


"Behind every fascism there is a failed revolution."

I take that to mean that when the positive movements of life are defeated and thwarted, the door opens for darker journeys. I've seen that happen over the course of my life.

Then there's this thought about the nature of social change:


“Perhaps revolutions are not the train ride, but the human race grabbing for the emergency brake.”

In any case, I'm not crazy about the train ride we're on now.
by El Cabrero No comments: