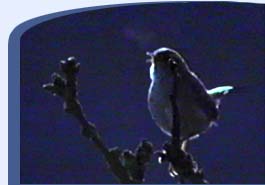 That's right, it's that time of year again, which means it's time to for the annual Christmas Shakespeare quote as spoken by the sentry Marcellus as he stands on the battlements of the castle of Elsinore in Act 1 Scene 1 of Hamlet.

The tone of the scene is pretty ominous. The legitimate ruler is no more. A usurper is on the throne. There are wars and rumors of war and evil portents in the land.

I feel sorry for those guys...

Marcellus and Bernardo have invited the student Horatio to join them in their lonely night vigil where for some nights past a ghost has appeared resembling the late King Hamlet, father of the prince who is the main character of the story.


Marcellus then points out that there are also sometimes portents of good, particularly at this season of the year:

Would that it were so this holiday season and beyond.

(Note: this post was reprinted from this this blog at time last year. In one form or other it shows up here most years at Christmas. So have I heard and do in  part believe it. Meanwhile, I wish I'd written this Christmas commentary by Chris Reagan.)
by El Cabrero No comments:

For a quick look at what's bad in the #taxscam bogus tax reform that seems ready to slide through Congress, all you have to do is take a look at three charts here that show how it will:

*make the tax system more regressive, meaning that people with lower incomes will pay a higher percentage of their income; and

*raise after-tax income for the top 10 percent of income at the expense of the bottom 90. Most of the benefits will go to the wealthiest 0.1 percent.

I guess this is what happens when money trumps democracy.
by El Cabrero No comments:

At least there's this 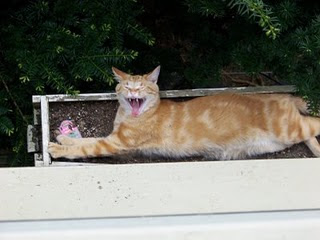 OK, so the world may be going to hell in a hand-basket but it's not all bad. Researchers in Australia have recently discovered a new species of marsupial lion. Apparently it was about the size of a dog and weighed in at 23 kilograms, which for metric system hating freedom lovers is around 51 pounds.

I've often wondered how big our cat Wu would have to be for us to be in danger here at Goat Rope Farm. I think I'd start getting nervous at around 40 pounds.
by El Cabrero No comments: