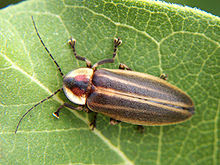 The firefly's flame
Is something for which science has no name
I can think of nothing eerier
Than flying around with an unidentified glow on a
person's posteerier. --Ogden Nash

Giving away the store

As debt ceiling negotiations proceed in Washington, I can't help but wonder how much of the store President Obama is willing to give away in pursuit of a deal. My guess is...a lot.

It's kind of hard to believe that in barely two years, things have got to the point where the hard right is close to achieving the kind of drastic cuts to programs like Social Security, Medicare and Medicaid that some of them have been dreaming about for years.

There's a new study out about one of the most vulnerable programs. As NPR reports of an examination of Medicaid,

"What we found in a nutshell is that having Medicaid makes a big difference in people's lives," said Amy Finkelstein, another MIT economist and one of the study's principal investigators.

In fact, says Finkelstein, among those with Medicaid, "We report almost a one-third increase in the probability that you report yourself as being happy."

Of course, things like human health and well being seem to matter a lot less these days than extending tax cuts for people who don't need them.

INEQUALITY. Here's a brief look at some gaps in well being. 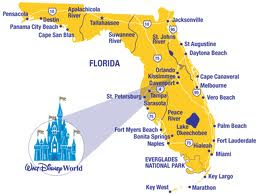 I think I'm going to be out of control for the next few weeks. I just started listening to an unabridged recording of Shelby Foote's epic Civil War trilogy. If only it was read by the man himself, I'd be in paradise.

People who have known me for a while know that I have worshiped and have been known to attempt to channel Shelby ever since I saw Ken Burns' series on the Civil War. At any moment, I can go off on vast tangents of attempting to impersonate Shelby by relating the adventures of the fictitious Mississippi 7th during that historic conflict. Sometimes, this experience seems to be involuntary.

In my version, the men of the 7th commenced their involvement in the war with a heroic if ill advised cavalry charge on Fort Sumter, which lay more than a mile across the water of Charleston Harbor from Confederate batteries that fired on it. It was a moment of unparalleled gallantry, as Shelby might say. It goes downhill from there, but I'll try to stop now. While I can.

At times, I've even picked up various volumes by Shelby in public places and read aloud sentences chosen at random. He has the most amazing turn of a phrase, which can only be improved by hearing it in the voice of the author. One such gem that appears in the first volume refers to "the phallic droop of the Florida peninsula."

How come I can never come up with a phrase like that?

SUPPLY SIDE SNAKE OIL refuted here, for the millionth time.

SHARED SACRIFICE? Don't count on it.

MORE ON THAT here. Looks like a cave in is in progress.

It seemed to take forever plowing, through hundreds of pages of small print and bad prose, but I finally made it through Ayn Rand's The Fountainhead.

The main reason I decided to read it was that it seemed more sportsmanlike for me to take whacks at her ideology if I read some of her major works. It didn't take me too long to discover that my time would have been just as well spent taking whacks at her literary style.

What to say about it? Uhhh, it was about an architect or something.

The characters were pretty cardboard. It was a kind of morality plan pitting the Heroic Individual against the Conniving Collectivists. The relationships were really weird, including the "love"/hate connection between the architect Roark and his eventual wife Dominique. The man crush between Roark and the news magnate Wynand was even weirder, not that there was anything wrong with that.

I'm still not clear how other people messing with one's design justifies dynamiting a building that didn't belong to the dynamiter in question. And I get the feeling that the whole purpose of the book was to set up Roark's lengthy courtroom speech at the end. The character of Roark was pretty interesting when he was just an architect who wanted to do his own thing but toward the end he just became the author's mouthpiece.

I guess this was supposed to be Rand's answer to John Steinbeck. I prefer the Joads.

TAXES AND DEFICITS. If hedge fund managers paid more of the former, we'd have less of the latter.

FOR MICE AND MEN AND WOMEN TOO, here's some research about why exercise makes us feel better. 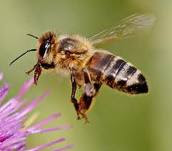 When I was a small child, our family lived next to the kind of people who probably don't exist anymore. They were an elderly couple, the Richmonds, and they were what I can only describe as bedrock Appalachians, real mountain people. They knew all the old ways and skills of survival.

The man, Hinton, knew where to find fish in the river. He hunted for ginseng in the hills. And he claimed--and I believed--that he could follow honeybees to their hives. Hinton attempted to educate me about the benefits of honeybees. I was a hard sell since these creatures seemed to have been designed specifically to sting my feet when I played barefoot outside.

It took me a while to get the memo, but eventually I became a bee fan. I was sad to learn of the recent unprecedented decline in the bee population due to a mysterious syndrome known as colony collapse disorder. This was bad news not just for bee-keepers but for the many plants and crops that the bees pollinate.

Eventually, this hit home. For the past two summers, I don't recall seeing a single honey bee at Goat Rope Farm. I am pleased to announce that they are back and were as welcome to me as the return of a long lost friend. I hope they stick around.

FROM EVIL TO HEROISM. Philip Zimbardo, the Stanford psychologist of prison experiment fame, is trying to see whether heroism can be taught. (Search Goat Rope archives in upper left hand corner for several posts on Zimbardo's work.)

A SENSE OF FAIRNESS AND JUSTICE may be innate in humans. Too bad some people apparently didn't get the memo.