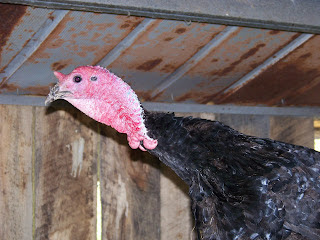 A handsome man guards his image a while;
a good man will one day take on beauty.--Sappho, Exhortation to Learning 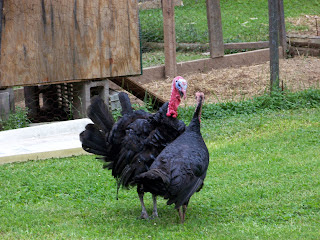 Recently El Cabrero gave a talk on economic matters at a religious gathering. Whilst preparing for the occasion, I was struck by something that may or may not be a coincidence, depending on your viewpoint.

It occurred to me that biblical traditions relating to the economy which emphasize justice for poor people and laborers dovetail nicely with the recent evidence on the impact of the economy on human happiness or thriving (see yesterday's post).

There seem to be two main strands of the tradition that run through the Hebrew Bible and the New Testament. The first, as mentioned before, is the demand for justice for the economically oppressed, which runs all the way through it.

If you want to put your Bible on a crash weight loss plan, just cut out all those passages. I'm a big fan of several ancient wisdom traditions, ranging from the Greek to the Chinese, but the strong emphasis on economic justice for the poor is unique to the biblical tradition.

The other strand, which is less emphasized but still pretty clear, is that wealth alone does not make a person happy. As Jesus was quoted in Luke 12:15,

Then he said to them, "Watch out! Be on your guard against all kinds of greed; a man's life does not consist in the abundance of his possessions."

This makes pretty good sense from the viewpoint of the social sciences (see Happiness: Lessons from a New Science by British economist Richard Layard). Short version: for people who are poor by the standards of the society in which they live, an increase in economic well being translates to a real increase in happiness.

Consider someone with bad dental problems who is in constant pain and is self-conscious when in public. Having the resources to get those teeth fixed really makes a difference in the quality of life. The same is true for people who live in bad housing, or who lack access to clear water, or who simply can't get by at a basic level on their income.

Once people reach a certain standard of living, the two birds More and Better don't necessarily live on the same branch (see Wednesday's post for a discussion of this analogy made by Bill McKibben in Deep Economy).

I won't draw any theological conclusions from this confluence here, other than to once again say that Jesus and them there Hebrew prophets knew a thing or two about a thing or two.

FOXES HAVE HOLES, BIRDS HAVE NESTS, but Latinos and African Americans are by far the hardest hit by sub-prime mortages.

SOME STATES, like Vermont, are taking action to deal with the high costs of food and home heating. The (old style) Republican governor of that state is also planning to expand farmers markets and urging people to eat locally grown food.

MEANWHILE, BACK IN WEST VIRGINIA, advocates are urging the state to suspend its redesigned Medicaid program.

RANDOM THOUGHTS, you'd think people would start getting serious about climate change. On the plus side, it's nice to hear that the Supreme Court seems to think the Constitution matters.

WHAT ARE PEOPLE FOR? 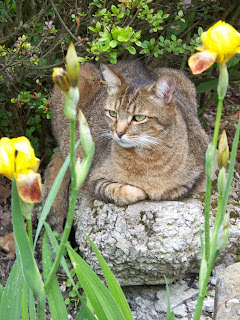 One area where some fundamentalists and atheistic materialists agree is the idea that there is no inherent end or goal of human life. For the former, these come only from God, while for the latter any goal or end is arbitrary.

Leaving the God issue aside, I disagree with both. While people have racked their brains over this question, I think it's one of the easy ones. I keep harping on this theme, but I still think Aristotle nailed it when he argued in his Ethics that the goal (telos) of life is happiness because we want it for its own sake whereas we want other things in order to be happy.

The word he used for happiness was eudaimonia, which means something like thriving. It implies actualizing one's potential over the course of a lifetime. It's also the goal of political life.

Thriving isn't necessarily the same thing as pleasure or even pleasing emotions. Sometimes people are happiest when they are so absorbed in doing something that they have little or no self-consciousness. This is sometimes called the flow state.

It also means having one's basic needs met. It's hard to thrive when you're cold and homeless, hungry, sick without the prospect of care, or are unable to have an adequate standard of living. As social beings, we need positive interactions with others and good social networks. As (occasionally) rational beings, we need mental stimulation, etc.

There's obviously more to it than that, but the basics are important.

I'd suggest that a valuable lens to use in looking at economic issues and policy options is to begin with the end in mind and consider how these impede or promote thriving.

IT'S NOT JUST THE UNINSURED who are having health care problems these days. Twenty five million underinsured Americans are facing hard times, health problems, and financial strain.

IT WASN'T JUST IRAQ that the Bush administration misled the nation about. Their greatest success, this item argues, is its attack on the estate tax.

SPEAKING OF IRAQ, some soldiers are going to great length to avoid going back there.

EVERY MOUNTAIN SHALL BE BROUGHT DOWN. Here's s story about mountaintop removal mining in WV that appeared in Financial Times Deutschland, a German publication. 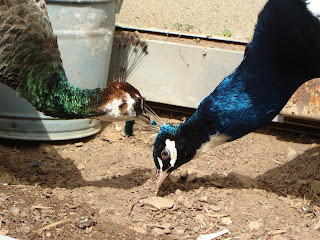 Metaphors are an important and inevitable way of looking at the world. Some cognitive scientists think we're basically wired for metaphor. I even remember reading a book about the American Civil War that suggested one reason why the Union prevailed was that Lincoln made better use of metaphors than Jefferson Davis.

(The author had a point, but I tend to be of the same mind as the ill-fated Confederate General George Pickett, who mused that "the Union army had something to do with it" as well.)

We need good metaphors if we're going to start thinking and moving in the direction of a just and sustainable economy. I stumbled across a pretty good one in the introduction to Bill McKibben's book Deep Economy:

For most of human history, the two birds More and Better roosted on the same branch. You could toss one stone and hope to hit them both. That's why centuries since Adam Smith have been devoted to the dogged pursuit of maximum economic production. The idea that individuals, pursuing their own individual interests in a market society, make one another richer and the idea that increasing efficiency, usually by increasing scale, is the key to increasing wealth that has indisputably produced More. It has built the unprecedented prosperity and ease that distinguish the lives of most of the people reading this book. It is now wonder and no accident that they dominate our politics, our outlook, even our personalities.

But the distinguishing feature of our moment is this: Better has flown a few trees over to make her nest. That changes everything. Now, if you've got the stone of your own life, or your own society, gripped in your hand, you have to choose between them. It's More or Better.

STICKING WITH THE THEME, perhaps the "age of heroic consumption" is at an end.

GROW IT. Local food banks are urging gardeners to donate fresh food to help feed the hungry. Beware the flood of zucchinis!

SPEAKING OF FOOD, this article argues that sustainable farming is the way to go and that globally we can expect women to take a leading role.

REST, REST, PERTURBED SPIRIT! Insomnia and poor sleep quality has been linked to suicidal symptoms in college students. I think it's nap time.

SPACED OUT. Here are a couple posts from Wired Science about how the location of extraterrestrial life, if it happens, might affect religion.

The view of human nature and the good life that seems to prevail in some economic circles is one of endless growth and consumption and a rising GDP. Unquestionably, having an adequate standard of living in the society in which one lives is important and can contribute to happiness. Beyond a certain point, it's a little murkier.

There's something pretty flawed with a view that equates spending by itself with well being. In that scenario, as Bill McKibben notes in his excellent book Deep Economy,

Under the current system, as many have pointed out, all we do is add together expenditures, so that the most "economically productive" citizen is a cancer patient who totals his car on his way to meet his divorce lawyer.

One term for that endless pursuit of happiness by means of stuff is the "hedonic treadmill." As anyone who has ever exercised on one of those infernal devices will attest, one works really hard without ever reaching an endpoint. Often, we are conditioned to think that if we only have the latest goo-gaw, bliss will be attained. But there's always another goo-gaw and bliss is always one goo-gaw away.

ROBOT LOVE. Speaking of goo-gaws, how would you like a robot to love?

AND NOW FOR SOMETHING COMPLETELY DIFFERENT, here's an article from the AFLCIO blog on 75 years of the Catholic Worker movement.

WHOSE NANNY STATE? This item shows that, contrary to free market ideology, government plays a role in the success of market outcomes.

GOOD THING THE COLD WAR ARMS RACE IS OVER. Global military spending has gone up by 45 percent in the last 10 years. Half of that would be the US. So that's where the butter went...

URBAN GARDENS MAKE A DIFFERENCE. In the wake of the collapse of the Soviet Union, Cuban urban gardens have helped fill a nutritional and economic void. As the global food crisis deepens, these deserve a second look. 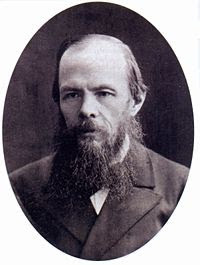 It seems to be a fact that people in every age and time view their temporarily prevailing model of the world to reflect the eternal truths of the cosmos and human nature.

In the age of Newton, the universe was like a watch or machine. In the digital age, the mind is, of course, like a computer. Some ancient cultures where the hand loom prevailed believed that our fates were woven like a tapestry.

In our (post) modern world, a model of human nature prevails in economic circles that views people as organic calculators maximizing benefits through "rational" choices. I recently read an engaging book on the subject which attempted to demonstrate that any number of activities, no matter how seemingly absurd, were really rational. It's easy to do that when you argue circularly and assume the truth of what you intend to prove.

It is the opinion of El Cabrero that if we really were all that rational, things would be a good bit less messy. I'm with Dostoevsky, who wrote this in Notes from the Underground:

When . . . in the course of all these thousands of years has man ever acted in accordance with his own interests?

OH THE WATER. Here's an item on a key issue of the new century.

CLOSING IN. For the world's few remaining forest people, there's less and less room to hide.

BIRDS OF A FEATHER. The latest edition of the Rev. Jim Lewis' Notes from Under the Fig Tree is here. It's an avian theme this time around.