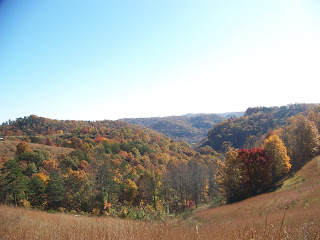 It may indeed be phantasy, when I
Essay to draw from all created things
Deep, heartfelt, inward joy that closely clings ;
And trace in leaves and flowers that round me lie
Lessons of love and earnest piety.
So let it be ; and if the wide world rings
In mock of this belief, it brings
Nor fear, nor grief, nor vain perplexity.
So will I build my altar in the fields,
And the blue sky my fretted dome shall be,
And the sweet fragrance that the wild flower yields
Shall be the incense I will yield to Thee,
Thee only God ! and thou shalt not despise
Even me, the priest of this poor sacrifice--William Wordsworth

The end of the world as we know it (revisited) 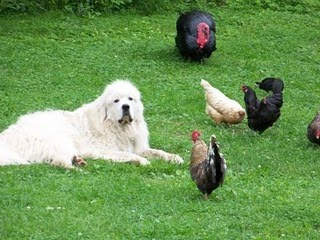 El Cabrero has always thought that there is a good kind of conservatism and a reactionary kind. The good kind respects traditions and has a cautious approach to change. The reactionary kind tends to view any kind of legislation or policy change that might benefit disadvantaged people as leading to the apocalypse.

The nice people at The New Republic have come up with some great (and bi-partisan) examples of the second variety.

Here are a few of my favorites:

“Woman suffrage would give to the wives and daughters of the poor a new opportunity to gratify their envy and mistrust of the rich. Meantime these new voters would become either the purchased or cajoled victims of plausible political manipulators, or the intimidated and helpless voting vassals of imperious employers.”

“[T]he child will become a very dominant factor in the household and might refuse perhaps to do chores before six a.m. or after seven p.m. or to perform any labor.”

ON THE PERILS OF SOCIAL SECURITY:

“I fear it may end the progress of a great country and bring its people to the level of the average European. It will furnish delicious food and add great strength to the political demagogue. It will assist in driving worthy and courageous men from public life. It will discourage and defeat the American trait of thrift. It will go a long way toward destroying American initiative and courage.”

ON THE EVILS OF MINIMUM WAGE AND MANDATORY OVERTIME PAY:

“[The Act represents] a step in the direction of Communism, bolshevism, fascism, and Nazism.”

—The National Association of Manufacturers, 1938

“It is socialism. It moves the country in a direction which is not good for anyone, whether they be young or old. It charts a course from which there will be no turning back.”

The list could go on and on, but you get the idea. Meanwhile, here's some other stuff to check out:

SPEAKING OF THE END OF THE WORLD, Coal Tattoo yesterday reported that a new study of the damaging effects of mountaintop removal mining is likely to get another coal industry hissy fit going. Here's more from Dot Earth and the Gazette.

BANK ON IT. Here's Krugman on financial reform.

IT'S NOT ALL BAD. Here is a piece on some recent positive innovations that could make the future a little better.

IS IT RAINING IGUANAS IN FLORIDA? Not exactly, but almost. Apparently, when it gets cold, they kind of shut down and fall from trees, but are usually OK when they warm up.

The sky is falling? 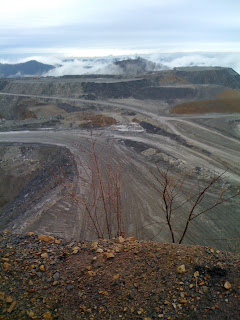 I've often written here and elsewhere about how the coal industry and its allies have been doing their best to create a climate of hysteria over the Obama administration's approach to mining, mountaintop removal, and climate change. These have sometimes been portrayed as an outright war on coal.

The recent EPA ruling on the Hobet 45 mountaintop removal mine permit shows that this rhetoric is out of touch with reality. What the agency did was basically grant a permit after getting the company to reduce the damage that would otherwise have been done. This may be a sign of what we can expect from the administration in the coming months.

While this obviously won't please opponents of this type of mining, it does show that the Chicken Little hissy fit, aside from being dangerous, is just plain wrong. But as Ken Ward noted in a Coal Tattoo post yesterday, West Virginia's more coal-friendly media outlets haven't exactly been tripping over each other to tell the tale.

That's too bad, because a responsible media could help tone down what could become a very ugly situation.

JOBS, JOBS, JOBS will be on the top of the US Senate's list when it returns later this month.

IT'S A WRAP. El Cabrero apologizes for this late post, but I stayed up late last night to finish watching the very last season of The Sopranos. I can now put "Mission Accomplished" on my aircraft carrier.

Am I missing something? 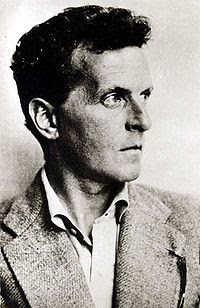 As I mentioned yesterday, I have a long standing love of philosophy--some of it anyway. Some varieties, however, like logical positivism and so-called analytical philosophy get on my last nerve.

Recently, however, someone lent me a copy of Ludwig Wittgenstein's magnum opus Philosophical Investigations, which was one of the most influential philosophy books of the 20th century.

(That should be another reminder that the 20th century wasn't anything to write home about.)

In that book, Wittgenstein broke from his earlier work, which tried to limit meaningful statements to those that could be logically or empirically demonstrated and developed a more flexible approach to language.

After finally finishing the book, all I got from it was the point that language is flexible and has different meanings and uses depending on the context or language game--which is something I already knew.

There were a few decent lines in it, like these:

Uttering a word is like striking a note on the keyboard of the imagination.

...the meaning of a word is its use in the language.

The question "What is a word really?" is analogous to "What is a piece in chess?"

If a lion could talk, we could not understand him.

On the whole, however, I don't get what the shouting is about. So again, am I missing something here?

HEALTH CARE. It looks like the US House will pursue some changes to the Senate health care reform bill.

A DOWNER. Many Americans with major depression don't receive treatment. This is especially true of African Americans and Hispanics.

THE FUTURE is unknowable. Here's a recent op-ed on this topic from the Charleston Gazette.

Love of love of wisdom 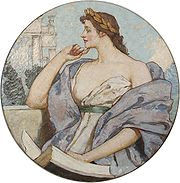 Lady Philosophy, from the Jefferson Building in Washington DC.

I have been a philosophy geek for roughly as long as I've been able to legally buy beer (a not altogether unrelated activity). My tastes are pretty wide ranging, but there is one strand of it that I have always avoided like the plague.

That would be the tradition that began as "logical positivism" in the first half of the 20th century and morphed into what has become known as analytic philosophy, which is mostly an Anglo-American thing.

The positivists wanted to purge philosophy of metaphysical jibberish and argued that only those propositions were meaningful that could be empirically verified or logically demonstrated. Anything else--including much of the human lifeworld--was nonsense. Later strands of this tradition spent enormous amounts of time and ink diddling around with questions of what words mean.

One person associated with that tradition who eventually broke with it was Ludwig Wittgenstein. In his early phase, he wrote a hard core positivist book titled Tractatus Logico-Philosophicus in which he laid out his rules of meaningful propositions. The punchline was "What we cannot speak of we must pass over in silence."

My reaction to that has always been, who the hell is this guy to tell anybody what they can and can't speak about? After all, the motto of El Cabrero's beloved state of West Virginia is Montani Semper Liberi or Mountaineers are Always Free.

But lately, I finally made myself read his magnum opus, about which more tomorrow.

UNSPORTSMANLIKE CONDUCT. According to the Economic Policy Institute, many highly profitable companies cut jobs in 2009.

TWO ON RELIGION. Some atheists are learning from religion. Meanwhile, Ireland passed a new blasphemy law that imposes a major fine on anyone who says anything abusive about any sacred matter of any religion. Holy #*(!

FOOD RULES. Here's a look at Michael Pollan's latest book on what we eat.

DOGS VS CATS. Who wins the pet showdown? Click here. 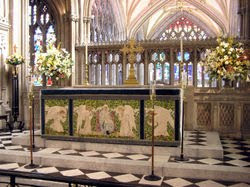 El Cabrero has read (or more accurately listened to) several of Karen Armstrong's books on religion. Some are better than others and some interpretations seem a bit of a stretch but I enjoyed her latest book, The Case for God.

This book was interesting not so much in making a case for God but rather for providing a good survey of religious and cultural history. One insight from the book, however, hit home.

She notes that in the modern world people tend to interpret religious teachings in much the same way they do other kinds of statements, i.e. as more or less factual claims. This kind of literal approach can lead to the impoverishment of religion, either turning in into a kind of fundamentalism (itself a distinctly modern thing) or into something that many people find it easy to dismiss.

Older approaches to religion, on the other hand, embed teachings into rituals, disciplines and practices which place it in a special context.

I've often thought that orthodox Christian teachings separated from traditional practices and viewed as mere statements of historical fact raise all kinds of questions and problems but that these make perfect sense within the context of rituals such as the Eucharist.

Armstrong reminded me that this is the way it was meant to be in older approaches to religion. The modern reduction of religion to textual literalism and merely factual interpretation seems to be a degradation rather than elevation of religion.

IT'S NOT ALL BAD. The recession may have motivated many Americans to do more even as they spend less.

1937 REDUX? During the 1930s, New Deal programs were scaled back when the Depression appeared to ease--which made it get worse again. In this op-ed, Paul Krugman warns this could happen again.