I don't know about you, but there's nothing like a weekend death poem to brighten up a winter weekend. Or maybe not...

I.
My life is full of weary days,
But good things have not kept aloof,
Nor wander’d into other ways:
I have not lack’d thy mild reproof,
Nor golden largess of thy praise.

And now shake hands across the brink
Of that deep grave to which I go:
Shake hands once more: I cannot sink
So far–far down, but I shall know
Thy voice, and answer from below.

When in the darkness over me
The four-handed mole shall scrape,
Plant thou no dusky cypress-tree,
Nor wreathe thy cap with doleful crape,
But pledge me in the flowing grape.

And when the sappy field and wood
Grow green beneath the showery gray,
And rugged barks begin to bud,
And thro’ damp holts new-flush’d with may,
Ring sudden scritches of the jay,

Then let wise Nature work her will,
And on my clay her darnel grow;
Come only, when the days are still,
And at my headstone whisper low,
And tell me if the woodbines blow.

Email ThisBlogThis!Share to TwitterShare to FacebookShare to Pinterest
Labels: Alfred Tennyson, My Life is Full of Weary Days, poems, poetry 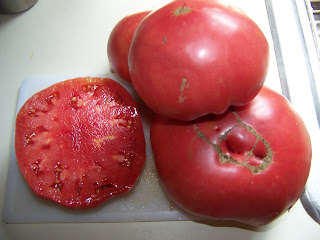 Random picture. Was it once warm enough to grown these things?

Hectic week. In lieu of a regular post, here are some random items that caught my eye:

ONE YEAR LATER. The Recovery Act had its first birthday this week. While it may have been too small, it did a lot of good. 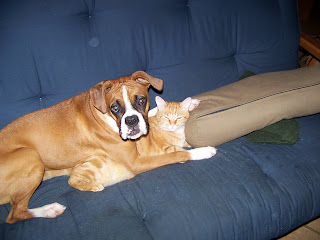 I don't know about y'all but I've been running around a bit too much lately and am getting kind of sick of the weather. Today's post will be short but there is an action item I'd like to ask WV readers to respond to (sorry about ending that with a preposition).

Here's the deal: WV can draw down $22 million in Recovery Act money if it extends unemployment benefits to people seeking only part time work and to people dealing with domestic violence, sexual assault, or compelling family reasons. Bills have been introduced in the state legislature to do just this (HB 4332 and SB 569). The clock is ticking.

If you live in WV, please click here to send an email to the appropriate officials. Feel free to pick up the phone as well. If you're really feeling froggy, hop on down to the capitol.

RACIAL DISPARITIES. Here's a link to a new report about racial disparities in WV, which includes chapters on history, statistical data, an analysis of racial issues and policy recommendations. The report was a collaboration between the Partnership of African American Churches, the WV Center on Budget and Policy and the American Friends Service Committee.

In the secret parts of Fortune

This blog has been wandering lately through the labyrinth of Hamlet, although if you'll scroll down you'll find links and comments about current events. Today's topic is the first meeting in the play of Hamlet with his former friends Rosencrantz and Guildenstern.

You have to feel kind of bad for those two. True, they were not true friends cut from the same cloth as Horatio, but they really don't deserve their ultimate fate. They have been summoned by Claudius and Gertrude to search out the reasons for Hamlet's distemper. They accept the mission and attempt to carry it out, but at least they confess as much to the Prince.

The dialog between the pair and the Prince is some of the best in Shakespeare, Hamlet being even more skilled with words than with the sword. Here's a sample dealing with a perennial Goat Rope topic: the goddess Fortune, personifying all the forces of luck and chance that are beyond the control of any of us. Fortuna has been described as the only pagan deity to survive into the Christian era:

HAMLET
My excellent good friends! How dost thou,
Guildenstern? Ah, Rosencrantz! Good lads,
how do ye both?

ROSENCRANTZ
As the indifferent children of the earth.

GUILDENSTERN
Happy, in that we are not over-happy, on
Fortune's cap we are not the very button.

HAMLET
Nor the soles of her shoe?

ROSENCRANTZ
Neither, my lord.

HAMLET
Then you live about her waist, or in the middle of
her favors?

GUILDENSTERN
'Faith, her privates we.

HAMLET
In the secret parts of Fortune? O, most true; she
is a strumpet...

Here's a thought to ponder: given the state of your luck these days, whereabouts on the person of Fortune would you be today? Most days, it seems like I'm somewhere around the armpits.

FOOD. Here's an interview with writer Michael Pollan about a topic most of us are interested in several times a day.

WHY DIDN'T I THINK OF THAT? A Minnesota farmer came up with an unusual Valentine for his wife: a half-mile long heart made of manure.

MYTHOLOGICAL POLITICS. Here's an interesting take by Michael Lind on the non-reality based nature of certain political tendencies.

Would you were so honest a man 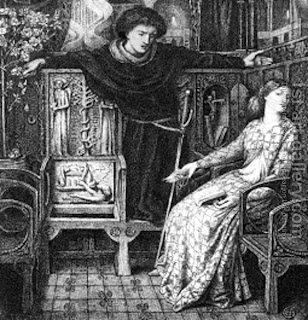 Was Hamlet crazy for love?

Goat Rope's meander through Hamlet continues, although if you've had enough of that you can scroll on down to the links and comments section.

As I mentioned yesterday, Polonius, father of Laertes and Ophelia and advisor to Claudius, is a twit. That is to say he is the Platonic form of twitness incarnate. He is at his twitty best (or worst) when he is caught up in his own verbiage.

One of the most amusing/irritating examples of this is when he tries to tell Claudius and Gertrude that he thinks Hamlet has gone mad through love of Ophelia. The scene occurs after diplomats have returned from Norway with news of an averted war:

This business is well ended.
My liege, and madam, to expostulate
What majesty should be, what duty is,
Why day is day, night night, and time is time,
Were nothing but to waste night, day and time.
Therefore, since brevity is the soul of wit,
And tediousness the limbs and outward flourishes,
I will be brief: your noble son is mad:
Mad call I it; for, to define true madness,
What is't but to be nothing else but mad?
But let that go.

You can't blame Gertude for asking for more matter with less art. But Polonius is just getting warmed up:

It doesn't get much better when he tries to engage the apparently mad Hamlet in conversation. Here's just a bit:

LORD POLONIUS: Do you know me, my lord?

HAMLET: Excellent well; you are a fishmonger.

LORD POLONIUS: Not I, my lord.

HAMLET: Then I would you were so honest a man.

In homage to this exchange, we take it as an article of faith at Goat Rope Farm that people who sell fish are paragons of veracity.

SNOW WHAT? Here's a little reminder that snow and global warming can go hand in hand.

I PREFER COFFEE. Here's an interesting description of the recent TEA Party conference.

ANCIENT MARINERS (MINUS ALBATROSS). Archaeological evidence in Crete suggests that early humans or related species took to sea as early as 130,000 years ago.

Your bait of falsehood takes this carp of truth

(El Cabrero has been meandering through Hamlet lately. If you're a fan, please click on earlier posts. If, God forbid, you are not, scroll down to the links and comments below.)

There's really no nice way to say it so I'll just say it: Polonius, father of Ophelia and advisor to Claudius, is a twit. A royal twit, one might say. Pretentious, pompous, wordy, he is a comic figure who doesn't know he's funny.

He is particularly fond of spying. He overhears Laertes' conversation with Ophelia, sends a servant to spy on his son in Paris and has a fatal tendency to spy on Prince Hamlet.

In scene 1 of Act 2, he's in his spying prime as he coaches Reynaldo on how to sniff out Laertes' character. Reynaldo is told to seek out Danes in France, ask after him, admit some slight acquaintance and then insinuate that he's a wild youth. He is to suggest that the young man is addicted not only to gambling, but to

drinking, fencing, swearing, quarrelling,
Drabbing: you may go so far.

Drabbing, by the way, was consorting with those whose physical affections are on the market. These habits were not considered to be major character flaws but rather

the taints of liberty,
The flash and outbreak of a fiery mind,
A savageness in unreclaimed blood,
Of general assault.

The idea was to get the Danes to either cough up more scandalous behavior or else clear him of these changes:

See you now;
Your bait of falsehood takes this carp of truth:
And thus do we of wisdom and of reach,
With windlasses and with assays of bias,
By indirections find directions out...

The main carp, as in bottom feeding fish of little culinary desirability, it seems to me, is Polonius himself.

HEALTH CARE REFORM. This AP article suggests not finishing the job will cost more than finishing it.

NOT ENOUGH. This NY Times editorial argues that while some Republican ideas about health care reform have merit, they don't go far enough.

THE 10 DEADLY SINS. Here's a look at some destructive human behaviors. Did your favorites make the list?