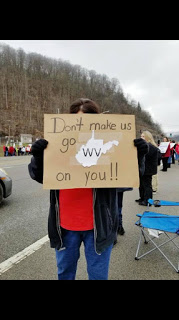 The intent of prevailing wage laws was to prevent these projects from turning into a race to the bottom, with out-of-state contractors profiting at the public expense by underbidding local businesses and importing low wage, low skill workers laboring under unsafe conditions.

The idea for that kind of legislation didn’t come from a bunch of labor radicals. Rather it was the brainchild of two Republican U.S. senators, James J. Davis of Pennsylvania and Robert L. Bacon of Long Island, New York.

In 1927, Bacon was angered to learn that an Alabama contractor won a bid to build a veteran’s hospital in his district, bringing in poorly treated workers to do the job. In his words, they were “herded onto this job, they were housed in shacks, they were paid a very low wage, and ... it seems to me that the federal government should not engage in construction work in any state and undermine the labor conditions and the labor wages paid in that state.”

In his view, setting locally based wage standards for public projects would ensure fairness and allow local and distant contractors to compete for bids on an equal basis.

Davis believed that the government had a responsibility to “comply with the local standards of wages and labor prevailing in the locality where the building construction is to take place.”

Their legislation, known as the Davis-Bacon Act, was passed in congress in 1931 and became the model for state prevailing wage laws, including the one that used to protect West Virginia’s workers and contractors.

For example, Senate Finance Committee Chairman Craig Blair, R-Berkeley, argued at the time that “without prevailing wage, you could build five schools for the price of three.” He also claimed that the repeal would save the state $200-300 million annually.

If that really happened, the state would have a huge budget surplus. Instead, the governor has ordered $100 million in cuts due to a budget shortfall.

And the School Building Authority reported in 2017 that, while workers’ wages had gone down on school projects since repealing prevailing wage, “the overall cost of school construction does not reflect a reduction of overall construction costs on SBA projects at this time. At this time the SBA is not realizing an overall savings that would allow for the construction of ‘five new schools for the price of three,’ as some have previously claimed.”

What did go down were the inflation-adjusted wages of carpenters, electricians and operating engineers.

I find it particularly disturbing that repealing prevailing wage seems to have reduced the number of younger workers in apprenticeship programs. In 2016, there were over 5,400 active apprentices. By 2018, that number dropped to 4,400.

That’s 1,000 fewer people likely to earn a living wage with the kinds of benefits it takes to raise a family with a degree of economic stability — a real loss to many struggling communities.

Worse still is the decline in worker safety. On-the-job construction injuries increased by 26 percent since repeal, according to a study from Michael Kelsay, economics professor at University of Missouri-Kansas City, and Frank Manzo, of the Midwest Economic Policy Institute. The study was commissioned by the Affiliated Construction Trades and the West Virginia State Building Trades Council.

According to the report, “Costs associated with worksite injuries and an overall decrease in worker productivity have offset any savings from lower labor costs, resulting in public school construction costs that are not statistically different since prevailing wage was repealed, even after adjusting for inflation.”

Then there’s the hit to local businesses. The shift from union to non-union contractors winning construction bids opens the door for a larger share of out-of-state firms “performing work on taxpayer-funded school projects, and taking their earnings back with them to their home states upon project completion.”

Any way you look at it, repealing our prevailing wage law was a bad deal for West Virginians. It’s time for the Legislature to undo the damage. 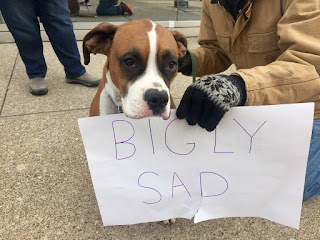 I just hope this doesn't give anybody ideas...
by El Cabrero No comments: 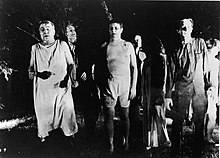