You must see this


This weekend treat comes by way of the Spousal Unit, aka La Cabra. When she was driving home from her belly dancing class she heard this story on Public Radio's the world, a news show that WV for some reason chooses to air at night. It involved a recent adaptation of certain catfish in France which (who?) have learned to swarm out of the water and hunt pigeons. They have been called the killer whales of the fresh water world.

I woke up this morning (sounds like the beginning of a song) and, after completing a few rituals, began scanning the web for news. I was a bit disappointed to find this story which said that the Obama administration is considering going after the states that recently took steps towards legalizing marijuana.

Full disclosure: I am not and never have been a marijuana person. When I was in junior high, I would gladly have done any drug I could find. Alas, the only drug I could find at the time was gasoline to sniff, which may explain a few billion missing brain cells. In the end, I'm OK with missing the drug train. I figure if alcohol was good enough for my old man and my Scotch-Irish ancestors, it's good enough for me.

But still...the whole war on drugs thing has proven to be about as good an idea as Prohibition. It kind of is the same idea. It has had all kinds of unintended consequences, nearly all of which are bad. It's been pointed out over and over that marijuana is not responsible for anything remotely resembling the body count racked up by alcohol and tobacco.

Let's face it: all law enforcement is selective. Shouldn't the administration have bigger fish to fry? And aren't there better uses for federal resources these days?

JUST ONE LINK, BUT ONE TOO GOOD TO IGNORE. Zombie-ism...it isn't just for humans anymore. Here's a look at zombie spiders.

There are plenty of downers in West Virginia's political landscape. But one encouraging thing is a growing campaign to combat child poverty in the Mountain State. The effort is spearheaded by the WV Healthy Kids and Families Coalition but includes dozens of partners, some of whom agree on very little else besides the idea that child poverty is bad.

I guess that's a start.

Here's an op-ed on some of the issues and the campaign from my friend the Rev. Matthew Watts.

Nobody planned it this way, but through fortuitous timing, Roman Catholic Bishop Michael Bransfield released a pastoral letter on child poverty titled Setting Children Free: Loosening the Bonds of Poverty in West Virginia just as the campaign is ramping up.

It's too soon to tell how much impact this  campaign over the coming months and years will have but a huge one would be nice.

SPEAKING OF CHILDHOOD, there's a lot of evidence that negative experiences in that period can have lifelong impacts. One such study is the Adverse Childhood Experiences study, which has an interesting story of its own. To find out more, check out this three part story here, here, and here.

I have soft spots for several individuals and organizations beyond the realm of bourgeois respectability. One such group is the Industrial Workers of the World, a radial union founded in 1905 to join skilled and unskilled workers into One Big Union.

The Wobblies, as they were known, got pretty well smashed in the wake of World War I but a remnant is still around today. I was pleasantly surprised to find this article about Wobbly or Wobbly-inspired inroads to organizing in the food chain.

Some of the Wobbly approaches to organizing pioneered among mobile harvest or lumber workers just might be useful today in trying to organize workers unprotected by traditional unions.

HOLY OVERWORKED METAPHOR, BATMAN! Here's George Lakoff on why the fiscal cliff metaphor sticks and here's something local organizers did about it in WV. 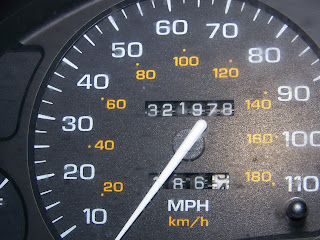 I can't say that I intellectually subscribe to the creed of animism, the idea that various things in our world have spirits. But I kind of act and feel like I do. For that reason, I am feeling a little sad at the passing from my hands of a car I've driven for around 15 years, a worthy grey Saturn sedan that I christened the Pequod, in honor of the whaling ship in Moby-Dick. My Pequod, however, had a much better run than Melville's.

I could probably have kept in on the road a bit longer, aside from the fact that it overheated when idling, had an exhaust leak that probably wasn't all that good to breathe, and had a window that would roll up or down. Oh yeah, and the brakes were shot too. Still, I feel attached to the fine old thing. I would like to think that the spirits of good cars go to a nice place like that to which good dogs ought to go when they pass and that we can all be reunited sometime in the Elysian Fields.

And, lest anyone bash the workmanship of American union members, let me point out that the Pequod had almost 322,000 miles on it, which is far enough to get to the moon and almost halfway back. Taking its place will be a 2011 American union-made car, a red Chevy Cruze, made in the neighboring state of Ohio, otherwise known as The Land of White Castle Hamburgers.

I need to think of a good name for the car. Candidates include Bucephalus, the name of Alexander the Great's favorite horse; Rocinate, the worthy steed of Don Quixote, or The Red Special, in honor of the train used by Socialist Eugene Debs in his 1908 run for president. (If Trotsky had taken the trouble to name his armored train that might have been another possibility). The car that preceded the Pequod was named Traveler, in honor of Robert E. Lee's horse, which in fact was a native of what is now West Virginia. I'm open to other suggestions if anyone has any.

COMMON SENSE about prisons can be found across the political spectrum these days. Here's an op-ed by yours truly about the growing conservative movement to address prison overcrowding.

WHAT REALLY HAPPENED? Here's an interesting Gazette story on what might have been the real motive for the firing of WV school superintendent Jorea Marple.