THE DEVIL IS A GENTLEMAN: GOOD BOOK ALERT 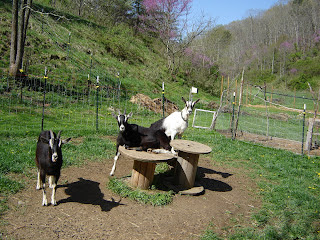 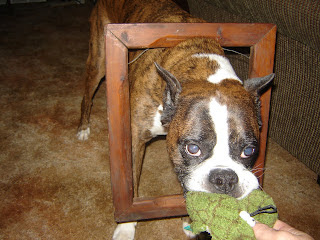 Caption: This man has been framed.

There's been a lot of talk the last few years about the importance of "framing" issues so that progressive messages get across. You could even say that this has become a micro-industry in some circles.

There is a lot of research that indicates that the how of communication is as important as--sometimes more important than--the what. And no one would dispute the importance of skilled messaging and
media work.

Also, some of the message styles or frames that advocacy groups use have been demonstrated to be counterproductive. Some examples:

*framing something as a crisis sends the unintentional message that nothing can be done;

*trotting out poor people for media stories often makes viewers or readers think more in terms of the personal worthiness of the people depicted than about what is happening to them. At best, it often makes people think in terms of charity, not change;

*burying the reader or viewer with wonky statistics can lose an audience where good use of metaphors and "social math," which graphically depicts a situation, can help get a message across.

However, any good thing can be overdone. I have run into a few of what I call "frame fundamentalists" who seem to believe that all you need to do to influence public policy or achieve some public goal is to frame the issue effectively. The problem is that this leaves out the whole power/strategy thing, which, as you may have noticed, has a lot to do with how things shake down.

To get things done, you need both.

To use a historical example, thinking that framing things alone will solve a problem is kind of like thinking that Allied propaganda in World War II was the sole factor in defeating the Nazis. It probably helped, but it didn't do the whole trick.

El Cabrero is reminded of something Confederate General George Pickett said when asked why his famous charge at Gettysburg failed: "The union army had something to do with it."

A story from the ancient Greeks may illustrate the problem. In his Politics, Aristotle alludes to a parable of Antisthenes in which the hares demanded equality with the lions. (Maybe they even have hired media consultants.) The lions replied, "You speak well, hares, but where are your claws and teeth?"

I SING THE BODY ELECTRIC 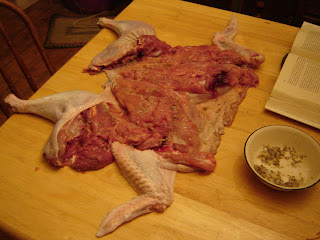 Caption: This patient may not make it.

(Minor is anything that does not involve a catheter.)

The purpose of the surgery is to install a device to shock the heart in the event it decides to have a conversation with Minos and Rhadamanthus in the nether regions before the rest of me gets a chance to pack.

If it works, I'm hoping to be able to jump start cars with just a touch.

Although I can think of several other things I'd rather do today, I feel pretty lucky. Aside from the whole catheter thing, unlike roughly 322,000 of my fellow West Virginians and 46.6 million Americans, I have health insurance.

This has been yet another area un-benignly neglected by the Bush administration. The number of uninsured Americans has increased every year since 2000.

The reality is that the only way this crisis can be addressed is through public policy. We've all heard right wing rants about "socialized medicine," but in fact the main kind of health care millions of Americans receive right now comes through public programs like Medicare and Medicaid.

In El Cabrero's beloved state of West Virginia, for most people, publicly provided programs, which also include the Children's Health Insurance Program (CHIP) and the Public Employees Insurance Agency, are the only game in town. According to the Associated Press article linked above, there are

roughly 800,000 of the state's 1.8 million residents who rely on either the state or federal government for their health care. Combined with the roughly 322,000 West Virginians the U.S. Census Bureau estimates are without health insurance, that means a minority of state residents are covered by private insurance plans.

And don't be surprised if the number of people covered, or covered adequately, by private insurance continues to decline.

In the long run, the only solution will be public policies that guarantee universal health care.

MINIMUM WAGE: SOMETHING YOU CAN DO TODAY and a bonus fun fact 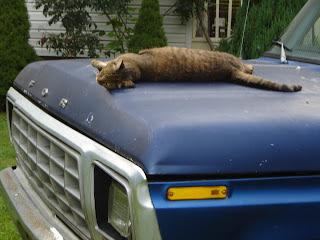 Caption: Seamus McGoogle, defender of the toiling masses (if not the songbirds), keeps on trucking for justice.

A toll-free number has been provided by the American Friends Service Committee:

President Bush has said the wants Congress to link the minimum wage bill with tax and regulatory "relief" for business. LJR recommends that we send a message saying "enough is enough. Congress has ignored the needs of minimum wage workers for 10 years. Workers need a clean increase now."

(Re: tax cuts. In the event a business actually suffers a loss of income due to the increase, its taxes would go down anyway...)

Here's how to do it:

*When you dial the number, ask to speak to your representative's office (if you're not sure, check http://www.house.gov/writerep/)

*If you don't like to improvise, here's LJR's suggested message:

That it's. And as a reward for your good citizenship, here's a Goat Rope Fun Fact that will make your life better:

GOAT ROPE FUN FACT: Did you know that the lyrics "Mr. Mojo Risin'" from the Doors' song "LA Woman" is an anagram for Jim Morrison? Check it out. Doesn't that make life just a little better? (Full disclosure: this fact was pointed out to El Cabrero by his Spousal Unit, La Cabra.)

GOAT ROPE ADVISORY LEVEL: ELEVATED BUT BETTER WITH THAT ANAGRAM 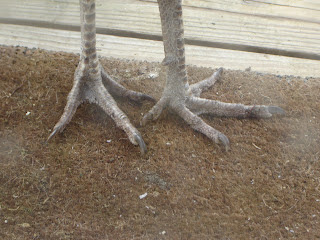 Are those feet cool or what?

According to biologists, birds are the contemporary descendants of dinosaurs. And peacocks definitely have dinosaur feet.

Don't you wish you had feet like that? I do (aside from the whole shoe thing).

But El Cabrero digresses....
Do you want to do something for the good of the country? Something that will promote shared prosperity and the stability of democracy?

If your answer is "yes," then there's something you can do: support restoring the right of workers to organize into unions without fear of retaliation. That one step would probably do more to restore the proverbial American Dream than any other single piece of legislation.

If workers could freely organize, they'd be able to negotiate better wages, health care, and pensions and we'd all be better off in the long run. Even the rich folks.

As things now stand, though, trying to organize brings a serious threat of retaliation, including job loss, even though doing so is illegal.

According to a new report from the Center for Economic and Policy Research,

One way to counter this injustice is to support the Employee Free Choice Act, which would allow workers to join unions without fear of retaliation and increase penalties on employers who break the law.

As things now stand, this measure has a decent chance of passing the U.S. House but faces more serious challenges in the Senate. But if enough people push for it over the next two years, we have a chance of winning a victory that would make possible the expansion of the U.S. middle class after years of skewed priorities and maldistribution of wealth.