The rose is out of town 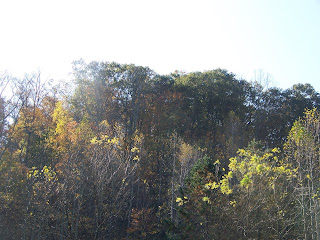 The morns are meeker than they were,
The nuts are getting brown;
The berry's cheek is plumper,
The rose is out of town.

The maple wears a gayer scarf,
The field a scarlet gown.
Lest I should be old-fashioned,
I'll put a trinket on.
- Emily Dickinson

There are a number of Buddhist ideas that I think are useful for people interested in social justice. Earlier this week, I wrote about the big three, also known as the three signs of being: suffering, impermanence and insubstantiality (dukkha, anicca and anatta).

Another one is related to all three but especially the latter. It's the basic idea of dependent origination, also sometimes called dependent co-arising. This basically means that nothing really exists in itself or is as solid as it seems. Rather, all things are dependent on a long series of causes and conditions and come into being and pass away according to those conditions.

As the Buddha put it,

The take home message I get from that is that the conditions that shape our world and social institutions constantly change. If we pay attention and act skillfully in accordance with conditions (or refrain from acting when conditions are inappropriate) then there is a better chance at attaining a positive outcome. Acting unskillfully or disregarding conditions is like someone trying to cross a busy street without looking at the traffic.

LIVE LONG AND PROSPER? Here's a snapshot about the effects of income on lifespan.

SIGN ON. The National Unemployment Law Project has set up a website to petition Congress to extend unemployment benefits, which are set to run out at the end of November.

LOCKED UP SYNDROME. This Gazette editorial looks at the American tendency to warehouse way more people than most other countries. 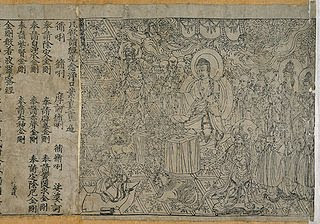 One of the three signs of being according to the Buddha was something called anatta, which is one of those great words that don't translate directly into English. It literally means something like "without self" but insubstantial might be closer to it. (The other two signs of being are suffering and impermanence, the subjects of the last two day's posts.)

Basically, it means that nothing is as solid as it appears and that all things are composed of other elements that rise and fall based upon changing conditions. He even took it so far as to mean that we don't have a lasting self but are rather a changing bundle of sensations, perceptions, form, consciousness, and mental reactions.

One of my favorite expressions of this idea from Buddhist scriptures has appeared here before. It's from the Diamond Sutra of Mahayana Buddhism and is incidentally the world's oldest printed book. Toward the end, the Buddha says,

Thus shall ye think of all this fleeting world:
A star at dawn, a bubble in a stream;
A flash of lightning in a summer cloud,
A flickering lamp, a phantom, and a dream.

Believe it or not, that's another very practical Buddhist idea for those interested in social justice. It often seems like we are up against incredibly powerful opponents, be they institutions, corporations, regimes or whatever. But as political theorists of non-violence such as Gene Sharp, Robert Helvey and others have argued, social and political power is not monolithic; it comes from many sources and requires the cooperation of many disparate elements.

Powerful entities, in other words, are not as powerful as they may seem; they are themselves insubstantial and impermanent and require many sources of support. They come into being and pass away according to changing conditions. Change the conditions or remove the "pillars of support" on which they rest and things can change.

FUN, GAMES AND MAYHEM. This probably won't surprise many people, but research suggests that graphic and violent video games can desensitize players and encourage aggressive behavior at least among some people.

RUNNING THE NUMBERS on bullying.

THE LONG WAY HOME. Homelessness is a growing problem for returning veterans from Iraq and Afghanistan.

WHITE TEA. A new report finds that some racist groups are seeking affiliation with the Tea Party, although party leaders have publicly repudiated racism.

That was then, this is now

The first social justice fight that I got really immersed in was the Pittston coal strike of 1989-90 in support of the United Mine Workers. The union worked without a contract for something like 14 months before walking out in April 1989. The main issues in the strike were health care and retirement benefits.

It was pretty hairy and lasted for almost a year. People worked really hard on that one and eventually the miners got a contract they could live with. It was a victory.

A few years later, however, and Pittston got rid of most of its holdings. People were either laid off or went to work for different, often non-union companies.

I'd do it all again. In a heartbeat. But it illustrates another of the Buddha's ideas that I think is relevant to working on social justice issues, to wit that everything is impermanent. We work very hard for things that just aren't going to last forever. We won't either, for that matter. That's just the way it is, although that's no reason not to do all we can.

I've worked hard on policy issues only to gain ground and then lose it again. On the positive side, impermanence is also a characteristic of the things we don't like too, which is always worth keeping in mind. I kept telling myself that several years ago when the misguided policies of the Bush administration seemed to be riding high.

The teaching of impermanence also reminds me that everything changes from moment to moment. In a world of flux, getting stuck in ruts or repetitive actions is a recipe for failure. What worked in the past may not work now. I've seen some activists who seem to be stuck in a time warp trying to recreate some past struggle and I've felt the urge as well, but life unrolls moment to moment.

The only way that I know to stay fresh in a world of impermanence is to pay attention and act in accordance with the demands of the moment. That doesn't mean forgetting the past or its useful lessons or not planning for the future. But you can only do either in the moment.

HELLO, PLUTOCRACY. The growing wealth gap and democracy for sale threatens America, according to Robert Reich.

MORE THAN ONE WAY. A Kansas group has made progress on energy conservation even amid climate change skepticism.

INTERESTING RUMORS are floating around about the possible sale of Massey Energy.

IT'S NOT JUST US. Honey bees' memory fades as they age too.

Too optimistic to be happy 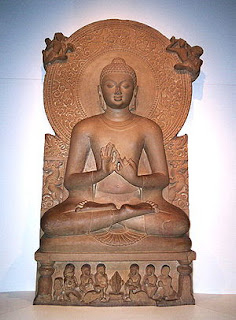 According to Buddhist tradition, being born as a human is a rare privilege. Other states of being may be more or less pleasant but the human state is said to be the only one in which one can attain enlightenment. It is even rarer and more fortunate to be a human and be exposed however briefly to the Buddha and his teaching.

By those standards, I guess I'm pretty lucky. Due to a traveling grandfather who died before I was born, I don't remember a time when I didn't know about Buddha or at least recognize his image, thanks to a statue and a prayer wheel he brought back from China in the 1920s. Learning about Buddhist teachings came later, partially through my study of martial arts.

For the record, I'm not a card-carrying Buddhist but more like a Buddhist sympathizer. Seated meditation drives me nuts and I'm way too fond of wine to sign on to the Fifth Precept. But I've been struck over and over again by the practicality of some Buddhist teachings to working for social justice--and not going crazy in the process.

Here's one to start with: life is suffering. Some people seem to have this magical idea that if only this or that could be made to happen or stopped from happening then everything would be just peachy. If the desired state does not come about, they can make themselves pretty miserable. Paradoxically, they are too optimistic--in the sense of thinking everything can be fixed--to be happy.

Buddhism isn't pessimistic but it is realistic. Things aren't all bad all the time but living and suffering are intertwined. Such a view is entirely compatible with happiness, strange as that may seem. We can do things to increase or decrease the amount of suffering in the world but not eliminate it. That insight makes me grateful for little victories and for all the things that aren't terrible at any given moment.

Here's a suggestion: try to make it a practice to notice it when you don't have a toothache.

JUST SAY NO to more foreclosures. Dean Baker calls for a moratorium here.

YOU CAN READ THIS LATER. It's another New Yorker item about procrastination.

DROP EVERYTHING and watch this video clip from Stephen Colbert about how goats are stealing American jobs.

SPEAKING OF SUFFERING, elite athletes train to push past pain and other people can learn to do this too.

On wishing to be wrong 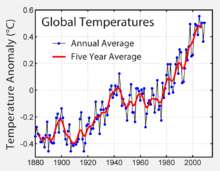 Chart by way of wikipedia.

I'm not kidding. I'd like to be foam-at-mouth-howl-at-moon-bat-excrement-crazy-wrong about this. Alas, I have the feeling that at least this time I'm not and that climate change has that characteristic of reality that if one ignores it, it won't go away.

There are any number of ironies about thinking this way in West Virginia, where pretty much all of the state's political leaders have a vested interest in denial. This means that, consciously or not, they can basically be counted on to do all that is within their power to insure a miserable future for humanity--even the ones who know better.

I just finished reading (really, listening to) an interesting book by Amanda Ripley titled The Unthinkable: Who Survives When Disaster Strikes--and Why. Based on a pretty extensive investigation, Ripley says that people go through a three stage process when REALLY BAD things happen.

The first is denial. The second is deliberation. The third is action. Unfortunately, the smart money as far as I can see is on getting stuck too long in the first stage.

INCOME INEQUALITY is getting too big to ignore.

IT COULD HAVE BEEN WORSE. A new report by the WV Center on Budget and Policy argues that the Recovery Act and related federal action helped blunt the impact of the Great Recession on West Virginia. Here's a newspaper article about it and here's the full report.

WAS THERE NO HONOR amongst tyrannosaurs?