Golly, who could have seen this coming?

Remember all the hype about President Obama's "war on coal" and how Prince Joffrey President Trump would make coal great again?

This is from an AP report:


U.S. demand for coal to generate electricity will continue its slide in coming months despite efforts by the Trump administration to prop up the struggling industry, federal officials said Thursday.

Renewable energy sources are expected to fill much of the gap left by coal's decline, according to the Energy Information Administration...

Under President Donald Trump, officials have sought to ease coal plant regulations and mining restrictions. But after production briefly bumped up in the year after Trump took office, almost all coal mining states are now experiencing production declines.

This summer, coal's share of energy production is expected to be 25 percent, down by around half over the last 10 years. And it's market driven.

Maybe we should sacrifice another generation or two of West Virginians to the industry just to make sure?
by El Cabrero No comments: 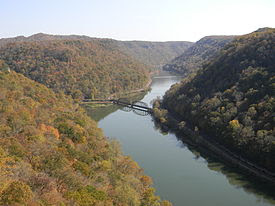 “This could be a really beautiful state, if we fix it.”

Those words were spoken by a young man at a juvenile day report center in Southern West Virginia. They sum up the results of over 100 interviews and surveys of young people conducted over the past year about mental health issues.

They say a lot about how things are now and how they could be.

It’s never easy to come of age — and living in West Virginia has always had its challenges. But today, many young West Virginians are facing a toxic brew of obstacles, from the addiction crisis to the explosive growth of foster care placement to a changing economy to new technology and social media. Then there are the old problems of persistent poverty and misplaced priorities.

Over the past year or so, my co-workers and I conducted a statewide listening project on young people and mental health issues as part of our work with the American Friends Service Committee. We were motivated, in part, by disappointment at the lack of action of our Legislature to address these issues over the past several years. Some of those who helped conduct interviews were themselves high school students concerned about these issues and frustrated by inaction.

It wasn’t a randomized scientific survey, but we did try to interview young people who varied in age, geographic location, race, ethnicity, social class and sexual orientation. We also spoke with adults who worked with them. The most surprising finding was strong agreement on several key points:

*Young people here face serious and multiple stressors, and many are dealing with undiagnosed and untreated mental health issues and trauma. “There’s no point trying to talk to somebody who doesn’t understand.”

*Things have gotten worse. Stressors identified included addiction, economic hard times, family stability, poverty, overexposure to social media, bullying and various types of discrimination. “It makes you give up hope. You feel like there is nothing in the world that can change the way things are.”

*Many young people with undiagnosed mental health and trauma issues might wind up facing disciplinary proceedings, such as suspension, out-of-home placement or confinement, or they might wind up engaging in destructive decisions. “We need to figure out the root of the problem, instead of shipping them away. Is it drugs? Bullying? Abuse?”

* Existing systems are not prepared to deal with the situation. “I think more money should be spent on counseling for young people. More community involvement would also be good. Instead of people thinking, ‘oh poor thing,’ people should be thinking ‘what can I do to help this person?’”

*Something needs to be done. “We need more people who care.”

Strange to say, nobody asked for charter schools or education savings accounts or the privatization of public education.

It’s no surprise to me that those same themes showed up in the education forums conducted around the state by the West Virginia Department of Education, in which nearly 2,000 stakeholders participated.

Early in April, state schools Superintendent Steven Paine told WV MetroNews, “Overwhelmingly, there was almost unanimous support for social, emotional supports for students. In other words, recognizing that kids are coming from some very, very difficult backgrounds and some of those needs need to be met before we can address their academic needs. That’s probably the one that stood out the most to me.”

There are several policies the Legislature could enact that might help with this situation. Obviously, one step would be to increase the number of mental health professionals who work in schools. With that investment, it would be easier to assess and address issues before a student is suspended or sent to court.

A worthy long-term goal for our state would be to ensure that students in danger of entering the juvenile justice system are assessed and referred to community-based programs whenever possible and appropriate.

Another could be creating a task force to address juvenile mental health and trauma-related issues. West Virginia has already created strategic plans to address chronic diseases, such as asthma and diabetes. These help stakeholders tackle issues by assessing needed services, setting goals, and assigning responsibilities.

Such a task force could not only identify unmet needs but also highlight success stories and best practices that could be replicated elsewhere.

To state the obvious, we’re losing a lot of young people in the state, but many of those who remain have serious, unmet needs. When the Legislature goes back into special session, I hope they don’t use kids as a political football, but, instead, deal with the real problems.

This really could be a beautiful state, if we fix it.

(This ran as an op-ed in last week's Charleston Gazette-Mail)
by El Cabrero No comments: