It's been a fun three years, but it looks like WV Public Broadcasting is going to pull the plug on The Front Porch program/podcast as executive director  Scott Finn moves on to  the mean streets of Vermont. I'm grateful for the chance to have worked on it. If you'd like for them to bring back something like that at some point, let them know.  I think there might be a use for civil discussions between people with different points of view.  I think there'll be another episode or two in the pipeline. Here's the latest episode.
by El Cabrero No comments: 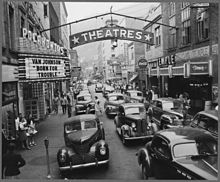 Welch, WV in the days when mines were booming. Or is that Manhattan?

McDowell County is one of the poorest in West Virginia--and the nation. Before the coming of the coal industry, the population was tiny, with around 1500 people in 1860. When the mines were cranking, the population ballooned, growing to nearly 100,000 by 1950. As mining employment declined, it contracted hugely. I'd guess it's now below 20,000. High poverty rates also mean high un- and under-employment. It's also a food desert.

This Charleston Gazette-Mail article by Caity Coyne is a great summary of the struggles of people there to meet their basic food needs and of local charities like Five Loaves and Two Fishes to help that happen.  Those struggles are likely to get harder in the wake of HB 4001, in which Gov. Jim Justice and the Republican legislative majority restricted SNAP benefits, throwing thousands of low income West Virginians under the metaphorical bus.  Possible federal changes to food assistance under the Farm Bill could make things even worse.

Looks like food justice fighters are going to be busy.

The article also shows the importance of good local newspapers that do in-depth investigative reporting. We're going to need a lot of that.
by El Cabrero No comments: 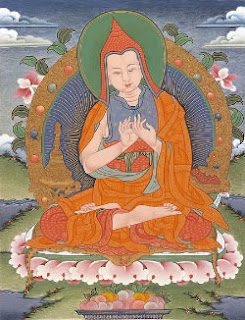 Disclaimer: Well here goes nothing, I submit my first entry as a guest blogger on The Goat Rope, with El Cabrero making big cloven hoof prints for 谢岚 to follow.   Most humbly, 谢岚
(rough translation from Chinese: gratitude for mist from the mountains.  Pinyin pronunciation: Xie Lan).

An oft-reported subject on The Goat Rope is Hunger Games, a really bad movie that never ends.  With Congress returning from recess today (groan), the most recent plot point involves the House Farm Bill which contains major threats to SNAP such as expanding harsh work requirements to include parents.  If you want, today is the last day you can submit comments to the USDA about these mean changes to SNAP.  谢岚 comments are below.

If you need help “freeing the pen” as 谢岚 often does, check out Lojong for Writers.  Today 谢岚 received this pithy instruction: Don’t Make Things Painful—don’t beat yourself up when your writing doesn’t turn out as you hoped.  Good advice, thanks Atisha!

Thank you for the opportunity to comment on USDA's Advanced Notice on requirements and services for Able-Bodied Adults Without Dependents (ABAWDs).

American Friends Service Committee's WV Economic Justice Program pays very close attention to the Supplemental Nutrition Assistance Program (SNAP) because SNAP plays a critical role in addressing hunger and food insecurity for 357,000 West Virginia residents. West Virginia is a state that especially must rely on SNAP for the following reasons, to only name a few:

One population that SNAP helps in particular are the thousands of formerly incarcerated individuals reentering society and others with criminal histories, with SNAP providing basic food assistance and supplementing inadequate income as these individuals seek employment. The time limit can be particularly harmful for people who have been incarcerated. They typically face steep barriers to employment such as stigma, low educational attainment level, and occupational licensing bans prohibiting them from many entry level jobs, all of which result in the need for more than three months to find a job.

Before entering prison, this population was more likely than the general population to have experienced poverty, unemployment, homelessness, and poor health. And these struggles often continue after release. Further, many may have competing parole requirements -- such as meetings with parole officers, curfews and required substance use disorder programs -- that can hinder opportunities to meet the 20-hour requirement.

While this request for comment appears to be open to suggestions on how to make the time limit less harsh via administrative action, we are concerned that the Administration seeks only to make the rule more draconian: to expand the scope of the cutoff and to eliminate the little flexibility states have to limit the damage of the rule. The Department's stance on the time limit is not one that our organization shares. We strongly oppose any administrative action by USDA that would expose more people to this cutoff policy. In West Virginia we have an underfunded workforce system and SNAP employment and training program which have proven ineffective at helping people meet the job training requirements under this rule. Put simply, there is no justification for weakening current waiver rules and exposing more vulnerable people to this SNAP eligibility cutoff.

The only action we encourage USDA to take with respect to this time limit rule that impacts Able-Bodied Adults Without Dependents is to propose its elimination. Restoring SNAP's ability to provide food assistance to impoverished unemployed people would be a powerful policy improvement that would reduce food insecurity among those seeking work.