So hallow'd and so gracious is the time 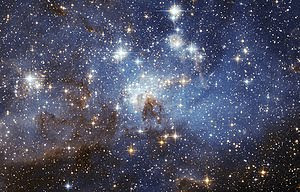 There are certain annual traditions at this blog. Among these are the yearly Thanksgiving possum recipe and, more to the point, trotting out one of my favorite quotes from Hamlet.

The scene is early in the play when Horatio, Marcellus and Bernardo are on the battlements waiting for Hamlet Sr.'s ghost to appear. Marcellus says

Horatio speaks my mind, saying, "So have I heard and do in part believe it." Here's hoping it holds true this year. Best holiday wishes to one and all from Goat Rope Farm!
by El Cabrero 1 comment: 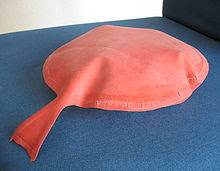 The old school analog model. The new digital ones take it to another level.

I don't know about you, Gentle Reader, but I'm having trouble getting worked up about Christmas. The only enthusiasm I've felt this year came when the Spousal Unit picked out a present for a 10 year old nephew in Vermont.

It was a remote control whoopie cushion. I was overcome with jealousy as soon as I saw it. The model we got was said to have such a range of flatulent sounds that it may never make exactly the same one twice. There was an additional chip you could insert for burp sounds.

That would be just the thing to lighten up meetings, legislative committees, solemn ceremonies and religious observations. I told some Quaker F/friends that this could revolutionize Friends Meetings, both by breaking up those long periods of silence and by providing a bit of a counterpoint when someone stands up to speak.

Maybe Santa will bring me one this year. I've been pretty good. Some of the time.

Epilogue: the nephew in question got to open the gift early. I'm told he amused himself with it for two solid hours. I could do four. Easy.

LET THE SLACKING BEGIN! El Cabrero is playing hookie today so there will be no links or comments. In fact, I'm slacking so much that I scheduled this post yesterday. If anything really bad happens between now and then, please accept this blog's condolences.

GOAT ROPE ADVISORY LEVEL: HARD TO TELL AS IT IS SLACKING TOO
by El Cabrero 1 comment:

In praise of literary crack 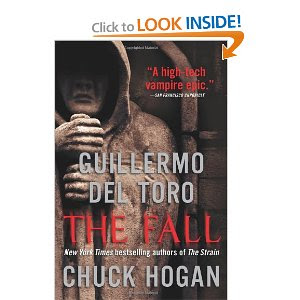 I usually fill in the blogging days between Christmas and New Year by going over the highs and lows of the year in reading. I'm jumping the gun a little bit now to say a few words in favor of literary crack.

Ordinarily, I have about five books going at any given time, often of a fairly solemn nature. I try to turn the page of each twice daily. At the moment, my pile includes Gibbon's Decline and Fall of the Roman Empire (I'm up to Justinian), the Bhagavad Gita, Beowulf, Collapse by Jared Diamond, and a book on Tolkien.

But sometimes you've just got to blow it all out with some fun stuff. This week that meant listening to an unabridged audio of volume 2 of Guillermo Del Toro and Chuck Hogan's vampire trilogy The Fall. I mentioned volume 1, The Strain, here a while back.

These are not wimpy, sparkly, sexy or existential vampires. These are gross nasty viral parasites with bloodworms that do all kinds of nasty things, of which blood sucking is way down the list.

Reading something like this is kind of like gorging on burgers from White Castle or Five Guys. Not something to do every day but damn good every now and then.

END OF AN ERA. Here's an item on the departure of Don Blankenship from Massey Energy. The link includes video as well as text.

DENY THIS. Here's a profile of a pioneering climate change scientist and his work.

THE NEXT BAD DEAL? Dean Baker predicts a looming fight over the future of Social Security.

IN LIEU OF BARBIES, girl chimpanzees may play with sticks as if they were dolls.

I've frequently heard people say "everything happens for a reason." Often when people say this, they seem to imply that there is a greater purpose behind apparently unrelated events.

It would be more accurate to say that everything happens due to causes, although we are not always able to ferret out what the causes are. Still, we seem hard-wired to attribute our experiences to conscious, purposeful agents or beings that are acting in some way.

(This might explain why I attribute deliberate evil intentions to a machine when it doesn't act the way I want it to. Or why some winters--like this one so far--seem to have nasty personalities.)

Evolutionary psychologists believe that this is an adaptation that has helped us survive. Among early humans and our non-human ancestors, thinking that a predator might be behind an unexpected sound would prompt defensive actions that could save a life. This tendency is referred to as agency detection.

Often we're wrong in attributing agency to things that just happen, but in evolutionary terms the consequences of a false positive are not as bad as that of a false negative. Being mistaken in trying to escape an imagined tiger isn't as costly as not trying to escape from a real one.

Some evolutionary psychologists believe that agency detection is behind belief in supernatural beings when things go bump in the night or when we have good or bad experiences. Overly active agency detection can manifest itself in paranoia or seeing conspiracies behind every that that happens.

It seems that humans are pattern seeking animals. And if we look for a pattern, we'll probably find one, whether it makes sense or not. The universe probably isn't personally out to get us and probably won't go out of its way to do us special favors either, but sometimes we see things that way.

TAXING AND SPENDING. Here is a look at the biggest right wing untruths about this perennially favorite political topic.

NOT TERRIBLY STIMULATING. Here's a pessimistic assessment of President Obama's deal with congressional Republicans on tax cuts and unemployment.

ENDING HOMELESSNESS. Here's an interesting approach that seems to be working.

OH GOOD. Forty percent of Americans believe that humans were created 10,000 or so years ago. To tell the truth, I thought it would be more.

COLD CASE. Scientists have found the remains of a 50,000 year old Neanderthal family in Spain that appears to have been the victims of cannibalism.

Of gardens, winter, death and life 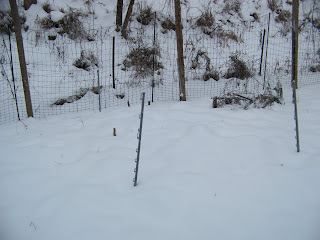 "Truly, truly, I say to you, unless a grain of wheat falls into the earth and dies, it remains alone; but if it dies, it bears much fruit." Those lines from the Gospel of John have been on my mind this weekend, as four generations of my family headed to Columbus for the funeral of my favorite aunt. 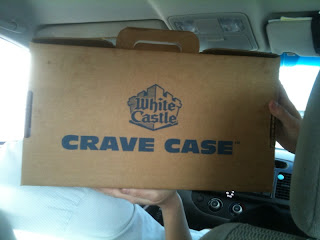 (And, yes, we did hit a White Castle on the way home.) 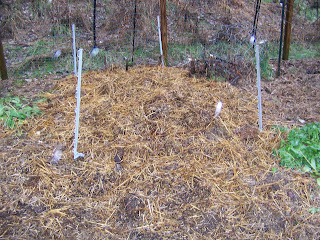 Only a week or so before, I planted garlic in our garden. The idea that anything put under the ground in such wicked weather could sprout, grow and thrive months later seems impossible, but it happens.

I broke up the ground with a spading fork, pushed garlic cloves into the dirt with freezing fingers and covered it liberally with old hay and goat manure. Unless something goes wrong, new life will emerge from dirt and decay.

In the absence of knowing, I'll stick with Bruce: "Everything dies, baby, that's a fact/but maybe everything that dies some day comes back."

LEFT BEHIND. Here's a profile from the Charleston Gazette of a miner who died in Massey's Upper Big Branch mine and the widow he left behind.

NO SHOW. WV's newest senator ducked out of controversial votes on the DREAM Act and repealing don't ask/don't tell.