On the bird road 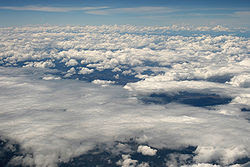 The unknown poet of Beowulf called the sea the "whale road," so I guess flying counts as the bird road. If all goes according to plan, El Cabrero will be airbound for Okinawa when this is posted. This extract from Whitman has appeared here before, but it seems to fit.


Henceforth I ask not good-fortune—I myself am good fortune;
Henceforth I whimper no more, postpone no more, need nothing,
Strong and content, I travel the open road.


The earth—that is sufficient;
I do not want the constellations any nearer;
I know they are very well where they are;
I know they suffice for those who belong to them...


I think heroic deeds were all conceiv’d in the open air, and all great poems also; I think I could stop here myself, and do miracles;
(My judgments, thoughts, I henceforth try by the open air, the road;)
I think whatever I shall meet on the road I shall like, and whoever beholds me shall like me;
I think whoever I see must be happy.


From this hour, freedom!
From this hour I ordain myself loos’d of limits and imaginary lines,
Going where I list, my own master, total and absolute,
Listening to others, and considering well what they say,
Pausing, searching, receiving, contemplating,
Gently, but with undeniable will, divesting myself of the holds that would hold me.


I inhale great draughts of space;
The east and the west are mine, and the north and the south are mine.


I am larger, better than I thought;
I did not know I held so much goodness...

From "Song of the Open Road," Walt Whitman 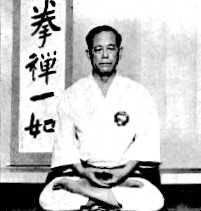 If all goes well I'm off to Okinawa today for almost two weeks. More posts are planned for this period but the time may be a bit off (as will I).

As I've mentioned many times before, I'm going to spend a little time studying karate in the land of its origin. It is a deep discipline, and one that has enriched my life. Here's a quote from Shoshin Nagamine's classic text The Essence of Okinawan Karate Do that expresses some of its depth and some of the reasons I've tried to stay with it over the years:

Karate is self-training in perfection, a means whereby a man my obtain that expertise in which there is not the thickness of a hair between a man and his deed. It is a training in efficiency. It is a training in self-reliance. Its rewards are here and now, for it enables a person to meet any situation with exactly the right expenditure of effort, neither too much nor too little, and it gives him control of his otherwise wayward mind so that neither physical danger from without nor rampant passion from within can dislodge him.

Needless to say, I haven't gotten there yet, and am in no danger of getting there. But I'd like to get a little closer. Nagamine again:

Karate-do may be referred to as the conflict within yourself, or a life-long marathon which can be won only through self-discipline, hard training and your own creative efforts. 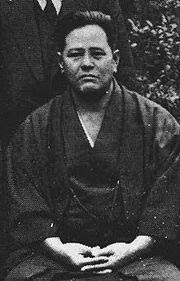 Ever since I began formally practicing karate in jr. high, I dreamed of going across the water to study it. The original "plan" called for going right out of high school but that didn't happen.

At the time, I was practicing the Shotokan style, which was headquartered in Tokyo. The longer I trained and the more I learned, however, the more I wanted to go to the source, i.e. Okinawa, where it was born.

The art now know as karate (for "empty hands") is probably the result of a combination of the indigenous Okinawan fighting art of te (meaning hand)and the Chinese martial arts popularly known as kung fu.

A poem written by the scholar Teijunsoku, born in 1663 includes these lines, which also reflect the values of karate:

No matter how you may excel in the art of te,
And in your scholastic endeavors,
Nothing is more important than your behavior
And your humanity as observed in daily life.

Over time, two major streams evolved which were named after cities in Okinawa, Shuri-te and Naha-te (Naha has since pretty much absorbed Shuri). Shuri-te is often described as being quick and light, while Naha-te is said to emphasize strength development and uses special breathing and dynamic tension methods in training. The leading Shuri-te styles today include Shotokan and Shorin ryu, while Naha-te is represented by styles like Goju-ryu and Uechi-ryu. A neutral observer would recognize both as being karate but also as being different.

Most of my background is in the Shuri-te tradition, so I'm hoping to round things off a little this trip.

Goat Rope posts will appear as usual through the weekend. After that, I'll try to blog from across the water but on a different time schedule.

THIS IS THE BRAIN on politics, revisited.

A LITTLE GOOD NEWS. After a back and forth that has gone on for some time, funding for a program that helps people with disabilities and the elderly stay in their homes has been increased in WV. Not too many states are doing things like that these days.

Brother, can you spare a book?

I don't usually complain about this, but I'm about to have too much time to read. I'm talking air travel, including two 14 hour flights. Usually I have a pile of books going at any given time, but it's not really practical given limited luggage weight and limited space.

This has created an interesting dilemma...what to take?

Here's what I've come up with so far:

1. It's about time to read Don Quixote again, especially since I'm going on a Quixotic trip. It really is a hilarious book. There's an old story that King Philip III of Spain once saw a man reading a book and laughing until he cried. The King said something like, "Either that man is crazy or he's reading Don Quixote."

2. Since I'm headed there, I'm going to try Dancing with the Dead: Memory, Performance, and Everyday Life in Postwar Okinawa, a gift from the in laws.

3. A friend loaned me a copy of Lacuna by Barbara Kingsolver. Or maybe Jared Diamond's Collapse. I listened to it before but it deserves a real read. The jury's still out between those two.

4. We get The New Yorker at Goat Rope Farm. Man, do those things pile up. I never seem to get around to reading them, although the Spousal Unit manages to. I'm thinking about rounding up all the old ones I can find and taking them along. I can scatter them as offerings to other travelers as I go. 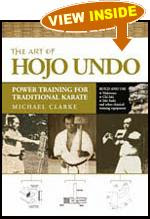 It was sometime in February when I decided to go to Okinawa for a karate seminar. At the time, April seemed like an eternity away and I didn't think it would ever stop snowing.

I did a little digging into traditional Okinawan training methods and quickly realized I needed to get busy so I would be a bit less of a total disgrace when I got there.

The Okinawan approach to karate is different from the typical American or even typical Japanese methods. Even the more tradition-minded schools outside Okinawa tend to focus on kihon or basic movements, kata or prearranged formal exercises, and kumite or practice fighting, in that order. As martial artist and author Michael Clarke noted in the book pictured above, in Okinawa the focus is often on warm up exercises or junbi undo, followed by supplementary strength-building exercises called hojo undo, then kata, then bunkai or applied kata.

The hojo undo really caught my eye (look it up on youtube if you're curious). Among other things, it involves lifting, swinging, throwing and catching various improvised heavy objects to build the power to make techniques work. I didn't have those traditional items but improvised and have spent a portion of each day swinging around heavy mallets and sledge hammers as well as throwing and catching dumbbells a couple hundred times a day.

I also doubled up on regular weight training and calisthenics and on alternate days either jog an hour or do intervals of jumping rope, shadow boxing, hitting and kicking the heaving bag and katas. I cover about 35 foot miles per week between jogging and dog walking, have taken in my belt a few notches and eat ravenously (blaming it on my karate tapeworm). My body feels like it is cooking itself most days.

All this with a heart that is pretty much dead.

I'm not sure whether I'm bragging or complaining but am looking forward to the trip now because I need some rest. I'm sure I'll still be a disgrace when I get there but I hope maybe a little less of one.

WHILE WE'RE AT IT, here are some interesting reflections on health and personal responsibility.

JAMIE OLIVER'S FOOD REVOLUTION is hitting close to Goat Rope Farm. The British chef was inspired to try to change eating habits in Huntington, WV after a report identified it as the must unhealthy area in American. The first episodes aired last Friday on ABC and are available here.

SPEAKING OF WV. This is weird but personal income here actually went up in 2009. This is largely due to public spending.

HAPPINESS AND SUCH are discussed in the latest edition of the Rev. Jim Lewis' Notes from under the Fig Tree.

The hazards of travel 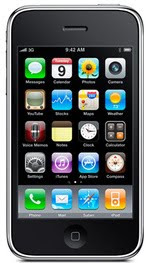 El Cabrero is going to hit the road, or rather the sky, this Friday for a trip to Okinawa, the Holy Land of karate. I've been trying to prepare for it in more ways than one, but there are always the hazards and sorrows of travel.

Example #1: Separation from the Beloved. For nearly two weeks, I am not going to be able to see, touch or interact with the object of my affections. I am referring, of course to my iPhone. Data roaming charges overseas can be very expensive. I don't think I've ever gone without the Precious for that long before. This is gonna be tough.

Oh yeah, and I'm going to miss the Spousal Unit and all the other humans and critters as well.

Example #2. Time changes. I don't know about y'all, but I was thrown for a loop last week with the switch to daylight savings time. I can't imagine what an 11 hour difference is going to do. I'll probably just get functional when it's time to leave.

Example #3. My speech disorder. On the plus side, I know a lot of Japanese words. Unfortunately, these tend to be technical things like side thrust kick (yoko geri kekomi), shoulder throw (seionage), or triangle choke (sankaku jime) or else philosophical terms like no-mindedness (mushin). This could be a problem.

To make things worse, I have a weird speech disorder. Perhaps because I was late in learning a foreign language (I had to marry somebody to do it), my brain does weird stuff. Every time, for example, that I go to an ethnic restaurant, I find myself speaking Spanish regardless of what kind of restaurant it is. That works fine at Mi Pueblita or Tenampa but not so much at Sitar of India or Taste of Asia.

I have a feeling this trip is gonna do wonders for my Spanish...

POLITICAL CLIMATE CHANGE. The NY Times reports that cap and trade may be out as a way of dealing with climate change.

MICRO-LENDING has long been in the economic development mix in the developing world. It might be gaining a toehold in the US.

WHAT'S BEHIND THE RAGE? It might not be health care reform.