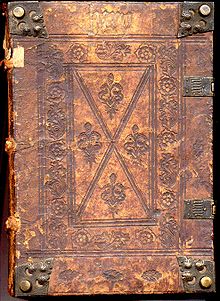 ...is the word used for the practice of divination with books. One who engages in bibliomancy will randomly pick out a passage in a book and seeking profound meaning from what one finds. Over the centuries, several books have served, including the works of Homer, Virgil, the I Ching, and, of course, the Bible.

I have a problem, however, with using the Bible for this purpose, particularly in traditional book form. Anyone who knows anything about the Bible can pretty much pick what kind of passage he or she is likely to find just by deciding which part of the book to open.

In general I'm not sold on the whole thing or at least wasn't up till now.

This morning, however, my first significant act of the day was opening my beat up copy of Moby-Dick and coming upon this sentence:

There are some enterprises in which a careful disorderliness is the true method.


Now I'm sold on bibliomancy. I'm all about careful disorderliness. And somehow, for all my readings of that book, this is the first time that passage has really struck me. I now declare myself officially vindicated.

Thanks, Ishmael!  You too, Herman.

CATCH THIS WAVE if you dare. 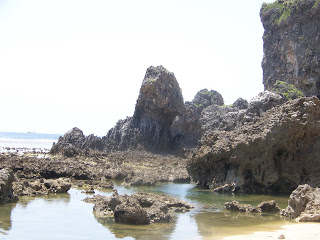 This past weekend, the Spousal Unit and I attended a performance of Mozart's Requiem by the local symphony. It reminded me of how much I like the idea of performing rituals for and/or in honor of the dead. I imagine this can be done in lots of ways, but one in particular is strong in my memory.

Three years ago, as regular readers of this blog know, I went to the Holy Land, aka Okinawa, for an intensive seminar with the greatest living masters of traditional karate in the land of its birth. Over a dozen people attended from around the US, Canada,  Brazil and Europe. Between training sessions, we drank, babbled and bonded.

On the final weekend, three of us went to the beautiful Peace Memorial Park, where some of the heaviest fighting in the Battle of Okinawa took place in 1945. By the time it was over, more that 100,000 Okinawan civilians, including some the greatest karate masters, had died. We walked all over the park, which is pretty huge and full of beautiful shrines and monuments bearing the names of those who died. The contrast between what must have been unimaginable noise, chaos and carnage and the quiet and peaceful park was stark.

By way of background, Okinawa was the first and longest lasting of imperial Japan's conquests. Once an independent kingdom, it was forcibly annexed to Japan in the late 19th century. Okinawans were conscripted into that country's colonial and military adventures and suffered horribly. In the Battle of Okinawa, many were massacred or used as human shields by Japanese soldiers or died as collateral damage of the US attack. Today, Okinawa remains a prefecture of Japan, the poorest in that nation, and also bears the heaviest US military footprint.

The three of us were deeply moved by what had taken place here and decided that it demanded a ritual of us. Since we all followed different schools of karate with roots in Okinawa, we chose to perform our own versions of the karate kata Kusanku.

Katas are the solo formal exercises of karate, a predetermined series of defensive and offensive movements that contain vast amounts of information, strategy, and applications. Properly executed, they are both strenuous to perform and beautiful to watch, combining fast and slow, hard and soft, expansion and contraction. Katas are done with the whole force of the martial artist, mind, body, breath and intentionality.

The Kusanku kata by tradition was taught by a Chinese military envoy in the 1700s to the karateka of Shuri, then the capitol city. It is one of the longest and most complex kata in karate, with over 60 movements, including blocks, strikes, kicks, joint techniques and leaps. My friend Jon, from Portugal by way of Denmark and the UK, performed the Shito-Ryu version. Rich, from northeast Ohio, performed a version from a Korean influenced style. I did Kanku Dai, the Shotokan version. You can see it performed by a master here (I didn't do it that well, needless to say).

In all styles, the kata begins with a bow. Then the hands are raised above the head with fingers and thumbs touching and the karateka gazes  at the gap between the hands. Then, as if ripping apart a veil, the hands forcefully come open and the action begins.

Strange as it may sound, it was solemn, like a prayer. I think in the future that if someone close to me dies, which I hope won't happen, I'll keep that custom and perform a kata in their memory. I think I'd like it too if, when I die, someone would take a moment and, as skillfully and forcefully as possible, perform an old kata, one passed unbroken through an Okinawan lineage and one that he or she has  struggled with for years and has sunk deep into muscle memory.

I can't think of a greater honor.

The faculty of effort 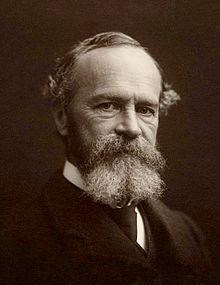 Keep the faculty of effort alive in you by a little gratuitous exercise every day. That is, be systematically ascetic or heroic in the little unnecessary points. Do every day or two something for no other reason than that you would rather not do it, so that when your hour of dire need draws nigh, it may find you not unnerved and untrained to stand the test.


JUST ONE LINK TODAY and the honor goes to Paul Krugman.