It's kind of a creepy coincidence that we might get more heavy rains on the anniversary of the storm that flooded parts of West Virginia last year  and killed 24 people. What's left of Tropical Storm Cindy is going to be plowing north from the gulf and parts of the state could get hit pretty hard.

I remember being in southern WV the day the storms hit. The sky got really weird and then it was on. We just dodged the bullet on the farm because of dumb luck. Others weren't so lucky.

No doubt about it, the skies are getting scarier. Good thing climate change is a hoax, right? Otherwise we'd be up the (flooded) creek.

I've used this poem before to celebrate the day, but it still seems to fit:

Appalachia
By Muriel Miller Dressler
I am Appalachia. In my veins
Runs fierce mountain pride; the hill-fed streams
Of passion; and, stranger, you don’t know me!
You’ve analyzed my every move–you still
Go away shaking your head. I remain
Enigmatic. How can you find rapport with me–
You, who never stood in the bowels of hell,
Never felt a mountain shake and open its jaws
To partake of human sacrifice?
You, who never stood on a high mountain
Watching the sun unwind its spiral rays:
Who never searched the glens for wild flowers,
Never picked mayapples or black walnuts; never ran
Wildly through the woods in pure delight,
Nor dangled your feet in a lazy creek?
You, who never danced to wild sweet notes,
Outpouring of nimble-fingered fiddlers;
Who never just “sat a spell,” on a porch,
Chewing and whittling; or hearing in pastime
The deep-throated bay of chasing hounds
And hunters shouting with joy, “He’s treed!”
You, who never once carried a coffin
To a family plot high up on a ridge
Because mountain folk know it’s best to lie
Where breezes from the hills whisper, “You’re home”;
You, who never saw from the valley that graves on a hill
Bring easement of pain to those below?
I tell you, stranger, hill folk know
What life is all about; they don’t need pills
To tranquilize the sorrow and joy of living.
I am Appalachia: and, stranger,
Though you’ve studied me, you still don’t know. 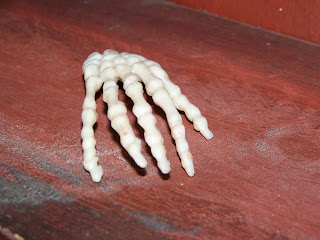 Well, West Virginia finally has a state budget, assuming the governor doesn't veto it, which I doubt will happen. It's pretty bare bones.

Most disturbing is the $16 million cut in higher education in a state that desperately needs to raise its educational attainment level, which will raise costs for students. After spending half a mill on the special session.

Here are some facts about higher ed and the state budget from the WV Center on Budget and Policy:

*Average tuition at West Virginia’s public colleges and universities has increased by $4,200 since 2002, a 147 percent increase, and far outpacing inflation.

*Tuition increases, in large part, have been fueled by falling public support for higher education. Since 2008, state spending in higher education has declined by $130 million, adjusting for inflation.

*As tuitions have increased, so has student debt. The average debt of a college graduate in West Virginia has increased by 70 percent since 2005. West Virginia also has the second highest student loan default rate in the country.

*Tuition increases have eroded the value of the state’s financial aid programs. The share of tuition covered by the PROMISE scholarship has fallen from 100 percent to 70 percent.


This was the second year in a row the state skated to the edge of a government shutdown. Back in what I didn't realize were the good old days, the legislative session was 60 days with maybe a  mostly drama-free week right after to nail down the budget. I'm hoping this doesn't turn into Groundhog Day.

On the bright side, the budget doesn't include tax changes that would make the bottom 80 percent pay more while giving a big break to the wealthy, a measure that would have also cost the state hundreds of millions in lost revenue in future years. One bad year is betting than signing up for a bunch of them.

Here are two views on the budget process by two veteran reporters, Phil Kabler from the Gazette-Mail and Brad McElhenny from WV Metro-News.