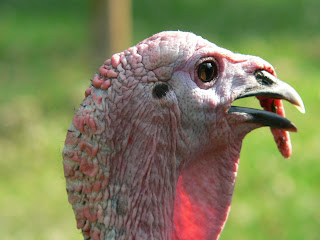 One way that people can get in big trouble is by assuming that the future will be exactly like the past. In philosophical terms, this is called the problem of induction.

It's easy to fall into this trap. The human mind evolved in a fairly simple environment compared to the one we're living in today and it's pretty natural to just assume that things will be like they've always been...except they won't.

As Nassim Nicholas Taleb put it in The Black Swan: The Impact of the Highly Improbable,

Consider a turkey that is fed every day. Every single feeding will firm up the bird's belief that it is the general rule of life to be fed every day by friendly members of the human race "looking out for its best interests," as a politician would say. On the afternoon of the Wednesday before Thanksgiving, something unexpected will happen to the turkey. It will incur a revision of belief.

The hypothetical turkey's sense of safety would have been at its highest right before its greatest danger. But turkeys aren't the only ones to have this problem. Humans have it too. As Taleb points out, it is a problem inherent in empirical knowledge:

Something has worked in the past, until--well, it unexpectedly no longer does, and what we have learned from the past turns out to be at best irrelevant or false, at worst viciously misleading.

Take home message: things change, sometimes really quickly. We should be prepared to do the same.

SPEAKING OF TURKEYS, here's a good item on the Wall Street bailout mess.

THE NEXT BIG THING. Expect the Employee Free Choice Act, which would make it easier and safer for workers to join unions, to be a major issue in the coming year. Winning that would probably be the most socially significant piece of legislation in recent years in terms of rebuilding the middle class.

YOU ALREADY KNEW THIS, but driving while drowsy is dangerous.

HOW DOES YOUR DINOSAUR SMELL? T. Rex did it pretty good.

El Cabrero, I couldn't get into a post from "Plan to be spontaneous", so I'll just add it here. 2 reasons you remind me of Stephen King: First is no big deal, just a feeling I have when I read your style of writing recently. A little off the beaten path.
Plus, I just finished "'Salem's Lot", and I have him in my head still.
Also, as a big fan of "The Stand" myself, I remember how Yeats "The Second Coming" figured in to the early part of the novel, and probably made me THINK of Stephen King in the first place.
However, you're more lucid than King. Lately, his novels have driven me crazy...much too long, and too bizarre. Please stay your sweet West Virginia self. And don't let yourself get hit by any vans. That has to be part of his problem. At least in my estimation.