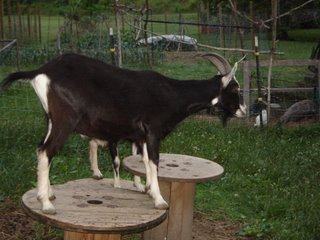 Goat Rope is pleased to continue its series of weekend commentaries on ancient Greek culture and drama by alpine goat Cornelius Agrippa.

Cornelius is the Goat Rope Farm Dean of Classical and Alchemistical Studies. Please check out his earlier weekend commentaries in the recent Goat Rope archives.

It is our deepest hope that this feature will raise the current level of popular discourse and promote greater appreciation for both the humanities and the animalities.

OK so like Euripides was the last and latest of the big Greek tragedy dudes.

There were more but the people who came after the Greeks didn't preserve them because they were busy trying to make people stupider and less cool.

Anyway, the one I'm going to talk about today is The Bacchae, which is about what happens when you get into a war of micturation with a god.

Main idea one: that is not a good idea, especially with a cool god like Dionysus.

So Pentheus is a little dweeb who is ruler of Thebes when this new god Dionysus, god of wine, frenzy and other cool stuff comes to town disguised as a young handsome guy.

Chicks dig Dionysus. They go wacko. His female devotees like to run out in the woods and go totally bonkers.

But the dweeb can't deal with that. It's like he wants to repress the crazy unconscious side of life but you can't do that.

Anyway, he puts the god in jail, which is kind of stupid. Dio busts out and trashes the place.

Then word comes that the women, called maenads, are running around the hills putting snakes in their hair, suckling wild wolves and generally having a good time.

Those are my kind of women.

But the dweeb just can't stand that. He was like an early Protestant or something. He tries to go up in the woods to watch the sacred frenzy. Again, not a good idea.

The women grab him and tear him to pieces and his mother Agave brings his head back to town thinking it's a mountain lion.

That's what you get for being a dweeb.

Moral of the story: don't mess with the gods. And like there's this wild and crazy side of life that some people just can't stand and want to get rid of but that doesn't work.

You just need to deal with it. 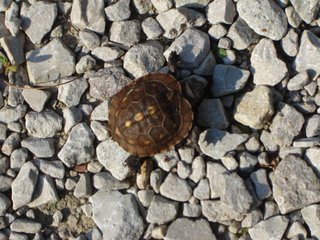 Caption: How will this baby box turtle pay for college?

In "Paradise Park," a low budget 1990s film made in El Cabrero's beloved state of West Virginia, one of the characters says that "Education is the one thing the Man can't take away from you."

A great deal of evidence indicates that access to higher education is the single best way for individuals permanently escape poverty.


According to a press release issued late last month by the Census Bureau:

Unfortunately, public financial aid programs are now covering less and less of the cost for higher ed. The Ecomomic Policy Institute reports that

It is becoming increasingly difficult for students to obtain financial assistance to attend college. Federal grants are covering less of the tuition bill than they used to, forcing students to take on more expensive debt.

The College Board reported that Pell grants, one of the largest sources of federal help for low-income college students, have not kept up with college prices. As the chart below shows, Pell Grants now cover only about a third of the average costs at a four-year public school, compared with 42% in 2001-02 and 57% in 1985-86. The same trends can be seen for four-year private schools, where the grants now cover only 14% of expenses, compared to 26% in 1985-86. The Congress last increased the maximum annual Pell grant in 2003-04, when it was increased by a mere $50 to $4,050. Meanwhile, college costs (average published tuition, fees, and room and board (TFRB) charges) at four-year public colleges are up by about 25% from five years ago.

Students are increasingly forced to resort to loans to pay for college and often enter the workforce already hampered by a heavy load of debt.

An obvious policy conclusion for people who care about a strong domestic economy and shared prosperity would be to increase aid and access so that everyone can get as much education as they can stand. 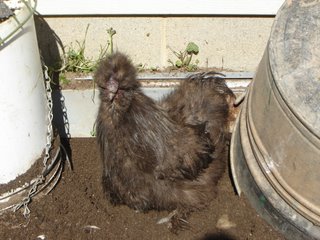 It looks like the health care debate is heating up again. And enough people are feeling the heat that some unlikely allies are moving the debate.

This week, America's Health Insurance Plans, a health industry lobby group, put forth its proposals for an expansion of insurance coverage, some of which are pretty decent:

The health insurance industry proposed an expansion of Medicaid and new tax breaks on Monday with the goal of guaranteeing coverage for all children in three years and for virtually all adults within 10 years.

The plan calls for expanding Medicaid coverage to all adults living under the federal poverty level; expanding the Children's Health Insurance Program coverage to at least $200% of poverty; and various tax incentives and deductions.

The most welcome parts are the expansion of public programs, particularly Medicaid to uninsured adults, although actually doing this will require different spending priorities than giving tax breaks to millionaires and preparing to fight the Soviet army.

The sudden solicitude of the industry for expanding public program may not be entirely altruistic: the cost of uncompensated care drives up costs for providers, insurers, and everyone else.

Families USA estimated in 2005 that premiums for employer-provided family coverage would increase by an average of $922 per year due to the unpaid health expenses of the uninsured.

Expanding Medicaid to 100% of FPL, by the way, is one of the platforms of West Virginians for Affordable Health Care in El Cabrero's beloved home state.

In the short term, we'll be doing good here to keep Medicaid services from being cut, but it's good that public discussion is starting to move in the other direction. 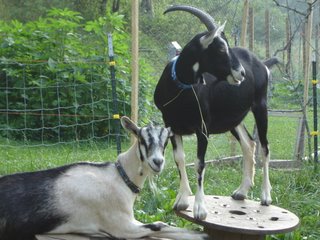 Caption: These union members are ready to roll.

This isn't exactly breaking news since it came out in the Saturday New York Times, but it looks like at least some of the things that unions and allies have been pushing for against the stream may wind up on the national agenda.

For starters, this includes a long overdue raise in the minimum wage. Also urgent is fixing the Medicare Part D goat rope before senior citizens start dying from lack of access to medication.

One would hope that the days of legislation by corporate lobbyists are at an end and that we can put R.I.P. (or R.I.H.?) on the tombstone of efforts to privatize Social Security.

Also on the agenda is a welcome reduction in interest rates on student loans.

Farther along, it looks like it will be a little harder now to push for so-called free trade deals that don't provide core labor and environmental protections and--El Cabrero devoutly hopes--easier to pass long needed legislation like the Employee Free Choice Act to restore the right of workers to organize unions without fear of retaliation.

DARK AS A DUNGEON 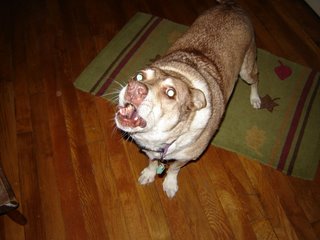 Caption: This is worth howling about.

In the wake of the mine disasters that occured early this year, West Virginia Governor Joe Manchin appointed a special team to investigate the fatalities at the Sago and Aracoma mines.

The team was lead by J. Davitt McAteer, a former Clinton administration mine safety administrator with decades of experience and expertise in the field. The Sago report came out earlier this year but the report on the fire at Aracoma was only released last Friday.

Here's the link to the new report.

At the press conference releasing the report, McAteer had harsh words for the company and for federal and state safety inspectors that failed to observe standard safety practices:

Here are links to related coverage by Ken Ward in the Charleston Gazette.

The company in question is Massey Energy, whose CEO Don Blankenship spent millions in a recent unsuccessful effort to purchase the state legislature.

It would appear that that money would have been better spent on basic mine safety "for the sake of the kids" whose parents work in the mines.

El Cabrero comes from a military family going back in the official US to the American Revolution.

I'm pretty sure they kept busy before then too, coming as they did from the tribe Virginia Senator-Elect James Webb wrote about in his book Born Fighting: How the Scots-Irish shaped America.

My ancestors did not always fight on the side I would have preferred, although they were fairly orthodox in conflicts involving more than one nation.

When Veteran's Day comes around (which I never think of as properly occurring on a weekend), I think of my ancestors and particularly of my late father, who belonged to that generation of Americans who enlisted shortly after asking the question:

Where the $#% is Pearl Harbor?

In his case, I'm pretty sure that's an exact quote. He joined the Navy and wound up island hopping in the Pacific. He was wounded on more than one occasion, but he always took pains to point out that he was always hit from behind.

I think he took this to be proof of his intelligence.

The scars he talked about the most though were the ones on his uniform, which he claimed were due to his repeatedly making rank and then being busted on shore leave for, well, acting like a sailor on shore leave.

He was pretty proud of that.

I'm sure others in the lineage served with more decorum, but I wouldn't trade these stories for anything.

When I was young enough, I felt the pull of family tradition but was repelled by the Reagan administration's support of death squads, torture, oligarchy, and terrorism in Central America. So was my father.

In my mind and his, Salvadoran death squads and contra terrorists had more in common with the fascists that his generation fought against.

I didn't escape the tribal pull but wound up fighting in other ways.

Soldiers, alas, don't get to pick their wars or their commanders. They have little influence on the civilian political leaders who make decisions regarding war and peace. They depend on the rest of us for that.

It's the job of citizens to fight for justice for those who have to do the fighting.