Due to a death in the family, Goat Rope is temporarily suspending posts. Thanks for your patience.
by El Cabrero No comments:

NEEDED: A WIDER DISTRIBUTION OF WEALTH 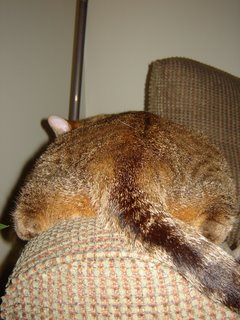 For a visual image of what a just and stable distribution of wealth in a democracy might look like, El Cabrero thinks of a diamond shape: big in the middle, smaller at the top and bottom.

A perfectly even distribution of wealth is probably both impossible and undesirable and is in any case incompatible with an open society. But then again, the concentration of wealth and power into a small number of hands also creates serious social problems for a democratic society.

This isn't a very new or radical insight. It goes back to the ancient Greeks and was best articulated by Aristotle, Goat Rope's official philosopher in residence. (We really should pay him a retainer.) Far from being a flaming radical, he was fairly conservative even by the standards of 4th century BC Athens.

Pardon me if I trot him out again:

it Is manifest that the best political community is formed by citizens of the middle class, and that those states are likely to be well-administered, in which the middle class is large, and stronger if possible than both the other classes, or at any rate than either singly; for the addition of the middle class turns the scale, and prevents either of the extremes from being dominant. Great then is the good fortune of a state in which the citizens have a moderate and sufficient property; for where some possess much, and the others nothing, there may arise an extreme democracy, or a pure oligarchy; or a tyranny may grow out of either extreme...

Not too poetic and hard to dance to, but otherwise right on.

Meanwhile, back in the 21st century, we're heading in the wrong direction. In a sneak preview of the forthcoming 10th edition of The State of Working America 2006/2007, the Economic Policy Institute reports that inequality is on the rise by just about any measure and is higher here than in most industrialized countries.

If we want a healthy democracy in the 21st century AD, we should take a little advice from the 4th century BC and work to build and strengthen the middle class. 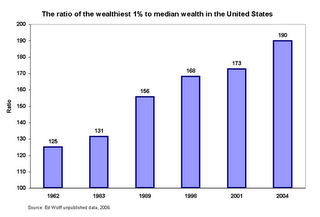 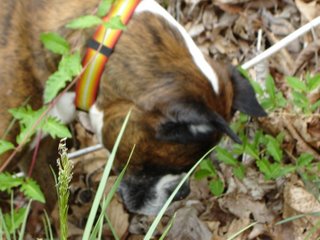 Caption: This man is digging, but he probably won't get rich.

The paradox of vast natural wealth and human poverty has often been noted in discussions of West Virginia and other resource-rich areas.

The state motto of West Virginia is Montani Semper Liberi or Mountaineers are Always Free. But as historian John Alexander Williams wrote in his landmark book, West Virginia: A History, "Whether or not mountaineers were always free, they were almost always poor."

Many students of West Virginia have traced this poverty to the state's essentially colonial economy, the traits of which Williams described as:

If it's any consolation, West Virginians aren't the lone rangers. Many places rich in natural resources are also poor. As Uruguayan writer Eduardo Galeano put it in Open Veins of Latin America, "The division of labor among nations is that some specialize in winning and others in losing."

Thanks to the work of Jeffrey D. Sachs and Andrew M. Warner, there's some pretty hard science to back up the claim that resource-poor countries often have stronger economies than those "gifted" with natural wealth. Their study, first published in 1995 and subsequently updated, is called Natural Resource Abundance and Economic Growth.

Sachs is director of The Earth Institute at Columbia University and is a Special Advisor to UN Secretary-General Kofi Annan on the millennium Development Goals of global poverty reduction. He has practiced what he calls "clinical economics" in countries experiencing economic crises around the world and may be best known today as author of the 2005 book The End of Poverty: economic Possibilities for Our Time.

In the resource study, Sachs and Warner compared economic growth rates in 95 countries between 1970 and 1990. The opening words of the study lay it out:

One of the surprising features of economic life is that resource-poor economies often vastly outperform resource-rich economies in economic growth...On average, countries which started the period with a high value of resource-based exports to GDP tended to experience slower growth during the following twenty years.

The negative relationship between resource abundance and growth "is present after controlling for a number of other variables introduced in previous growth studies."

Sachs and Warner explore a number of theories to account for this, but much of the report is about hard data, statistical regressions and other terms El Cabrero only vaguely remembers from his statistics classes.

For the numerically challenged, maybe Williams summed it up best:

In its repetitive cycle of boom and bust, its savage exploitation of men and nature, in its seemingly endless series of disasters, the coal industry has brought grief and hardship to all but a small proportion of the people whose lives it touched.

And let's not forget the legacy of political corruption and control that usually accompanies a colonial economy and the opportunity cost of a focus on this aspect of the economy at the expense of others.

There's no way at this point to unring the bell of 100+ years of coal colonialism. As a union member and a supporter of the United Mine Workers of America, I don't oppose coal mining as such but want it carried out responsibly and with minimal damage to the environment by companies that pay their fair share of taxes, clean up the messes they make, and employ workers who enjoy good wages, safe working conditions, good benefits, health care, retirement security, and a voice on the job.

But sucking up never gained anybody anything in the long run. Let's stop kidding ourselves by pretending that everything will be great if we level the last mountaintop, fill in the last stream, fill up the last coal truck or train, and give in to the latest blackmail scheme.

Hitching our proverbial wagon to the same dark star we've been chained to for more than 100 years will only give us more of the same. The way up and out will have to involve a high road diversified economy fueled by investments in people, education, and infrastructure. 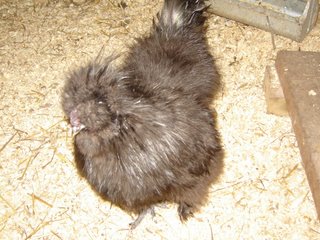 Caption: Even this neocon chickenhawk is starting to see the light.

With the number of US military deaths in Iraq now above 2,600 and no end in sight, it has become increasingly clear that the Bush administration's Iraq gamble was a losing bet.

As the AP recently reported,

By nearly every yardstick, the situation in Iraq is getting worse.

In all, 2,625 explosive devices either detonated or were discovered before they could explode in July--nearly double the figure for January, U.S. officials said. About 70 percent of the 1,666 bombs that did explode targeted U.S.led-led forces.

Opposition among Americans to the war in Iraq has reached a new high, with only about a third of respondents saying they favor it, according to a poll released Monday.

Just 35 percent of 1,033 adults polled say they favor the war in Iraq; 61 percent say they oppose it -- the highest opposition noted in any CNN poll since the conflict began more than three years ago.

President Bush has often stated that he does not consult opinion polls in making decisions and has argued that the foiled London plot demonstrates the need to stay the proverbial course. But as Hendrik Hertzberg wrote in the August 21 New Yorker

...the war in Iraq is wholly irrelevant to the means chosen by the London terrorists, and the means that thwarted them - dogged police work, lawful surveillance, international cooperation - are precisely those which have been gratuitously starved or stymied on account of the material, political, and human resources that have been, and continue to be, wasted in Iraq. Why not change the game to one that relies less on gambling and bluff and more on wisdom, planning, and (in every sense) intelligence?

Note: Due to technical difficulties, Goat Rope was unable to upload a gratuitous animal picture. It would have been the rear view of a displaying male peacock.

It looks like some people don't know how to take "Hell, no!" for an answer. Despite the fact that the drive to privatize Social Security was the political lead balloon of 2005, President Bush and his supporters in Congress are determined to renew the push after the coming election.

(Note: though a devoted Melville fan, El Cabrero will resist the temptation to compare the administration's ideological fixation to the monomania of Captain Ahab in Moby-Dick out of sincere admiration for the latter.)

In a late June speech to the Manhattan Institute, President Bush said,

Last month, House Majority Leader John Boehner promised that "If I'm around in a leadership role come January, we're going to get serious about this."

New Treasury Secretary Henry Paulson has likewpledgedeged to support the push to privatization. In his first official speech in that capacity at the Columbia Business School, he told his audience,

I have always tried to live by the philosophy that when there is a big problem that needs fixing, you should run towards it, rather than away from it.

The AFL-CIO notes that

...Bush included a request in his proposed fiscal 2007 budget for $721 billion over the next 10 years to turn Social Security into a system of private accounts with lower guaranteed benefits to Americans. Bush's proposal includes significant cuts in guaranteed benefits for the vast majority of Social Security recipients through the indexing of initial benefits to prices, rather than wages.

This is just as bad an idea this year as it was last year. It may well be Reason 9,872 not to sleep through November.

In the meantime, a line from Dylan comes to mind:

An' here I sit so patiently
Waiting to find out what price
You have to pay to get out of
Going through all these things twice.