TO SEE THE WORLD IN A GRAIN OF SAND: WILLIAM BLAKE'S "LONDON" 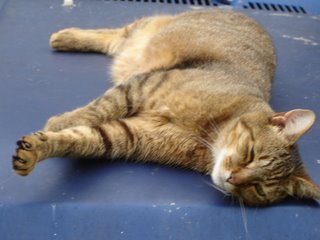 It is not yet a crime in El Cabrero’s beloved state of West Virginia to impersonate a sociologist, so I sometimes teach an off campus evening class out in the hinterlands.

Usually that means going over the basic qualitative and quantitative research methods of the social sciences, but I try to point out that often the poets can sometimes get it better than an army of statisticians. A case in point is the visionary and mystical English poet and artist William Blake, who lived between 1757 and 1827.

In Blake’s case, the term visionary can be taken literally. At various points, he saw visions of God, Jesus, dead people, angels, devils, little people, and even the ghost of a flea (I dare you to Google that image). If he lived today, he may well have wound up either institutionalized or heavily medicated. Lucky for us, he didn’t.

While some of his work is obscure and opaque, many of the poems are as simple as a nursery rhyme and as sharp as a razor. If you haven’t done it before, drop everything (after carefully catching up on the Goat Rope) and get a version of Songs of Innocence and of Experience with both the artwork and poems.

I’ve often used excerpts from that work in GED classes in rural West Virginia where people immediately latched on them across the divide of more than 200 years and 3000 miles. Hardened people have been moved to tears by his poems about young chimney sweepers and found their own experiences echoed in poems like “The Sick Rose” or “The Garden of Love.”

In the poem “London,” Blake packs as much social critique of the industrial revolution and its casualties into four stanzas as did any number of anonymous pamphleteers or Dickens in all his novels or Marx in three dense and often unreadable volumes of Capital. And Blake’s hold up better over the years…which will be the subject of the next few posts.

FWIW, "Songs of Innocence and of Experience" can be found on-line at the Gutenberg project. The tinyURL is http://tinyurl.com/kb7xv