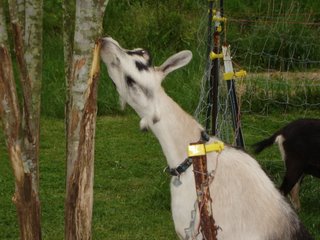 It’s bad enough when private corporations attack the benefits they have promised working people. It’s pretty outrageous when the federal government joins in the beat-down, yet that’s the latest move by the Bush administration.

Is anyone surprised? I didn’t think so. Presumably, this is the next best thing to destroying Social Security.

According to the Associated Press, “The Department of Energy has told contractors it will no longer pay for pensions for newly hired workers, following the lead of a growing number of private employers.”

To be specific, this move is directed against defined benefit programs which guarantee benefits to workers and favors “market-based” 401(k) type approaches. As the article put it, “The principle difference between the two types of benefit are that pensions offer a guaranteed retirement benefit in which all the risk is born by the employer. Defined contribution plans shift the risk to workers, requiring them to save part of their earnings and invest them widely. There is no guaranteed benefit.”

The AFL-CIO blog argues that this move will “encourage existing contractors to dump their traditional pensions in favor of 401(k)-type plans.”

the new policy not only limits retirement benefit costs, but it also restricts new employees and new union contracts to “market-based” retirement plans—specifically 401(k)-style defined-contribution plans rather than traditional defined-benefit pensions. No matter that traditional pensions are more cost effective and that, unlike 401(k)s, they provide a guaranteed retirement income for life. What matters to Bush Administration is that it is cheaper to make workers pay for their retirement plans with the added benefit of allowing the finance industry to make more money off of the individual 401(k) accounts.

This all sounds suspiciously like the Medicare Part D fiasco, in which seniors are being forced to choose among an array of competing plans, but the government is specifically barred from negotiating lower drug prices. In the administration’s “market-based” society, people are left to fend for themselves in a supposedly free market, while insurers, drug companies, and financial firms are sheltered from competition.

Bills have been introduced in the Senate and House to block the pension raid with at least some bipartisan support. As Washington Post syndicated columnist Marie Cocco put it, “The common theme is that there is no common good. It is a riff so worn from overplaying that not even the Republican Congress automatically joins in the singing.”