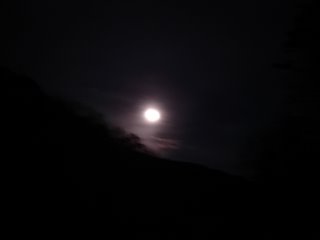 El Cabrero doesn’t know about y’all, but this election is getting on my last nerve.

It is, of course, the official policy of Goat Rope not to endorse any human candidate, although a number of the talking animals that appear in this blog are encouraging readers to write their names in for random offices.

(Ideological lines seem to be divided between militantly egalitarian goats and a free-market bantam rooster.)

Whatever happens tomorrow, people who care about the future of democracy should turn their attention to the growing gap between the very rich and everyone else.

This article, which was picked up yesterday by the Associated Press, sums it up pretty well:

Over the past quarter-century, and especially in the last 10 years, America's very rich have grown much richer. No one else fared as well.

In 2004, the richest 1 percent of households - 719,910 of them, with an average annual income of $326,720 - had 19.8 percent of the entire nation's pretax income. That's up from 17.8 percent a year earlier, according to a study by University of California-Berkeley economist Emmanuel Saez.

That's just income. The gap is much bigger when wealth--defined as what you own minus what you owe--is factored in. Median family incomes and assets have been largely stagnant for the last four years while the number of people in poverty and without health insurance has grown.

The article predicts that

In coming years, income inequality is sure to be a rallying cry in political debates over everything from raising the minimum wage to federal spending on education to overhauling the tax code.

I hope so. It's about time conversations about domestic issues moves beyond bogus culture wars to talk about something real.

Good morning El Cabrero, that's a beautiful picture of the moon ~ is that a view over Goat Rope Farm??

Tomorrow Ohio votes on the Minimum Wage amendment, and I hope and think it will pass easily. Oponents claim it will be a massive intrusion on personal privacy and a costly amendment to enforce, which sounds like a smokescreen to me. Are you familiar with Ohio's amendment wording, and if so, do you have any ideas on it?

"antici.....pation"
I remember someone pronouncing it that way....
That makes me think of this also:
"And crawling on the planet's face,
some insects known as the human race,
Lost in time, and lost in space,
.....and meaning".