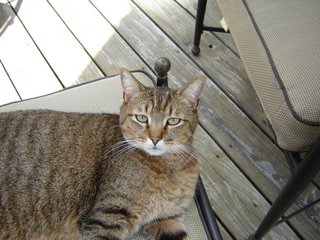 Last year, people around the country waged an energetic and successful fight against the Bush administration's effort to privatize the Social Security system. The fight may not be over yet.

It is likely that pro-privatization forces will try to take advantage of the just-released annual report of the administration's Social Security trustees that says the trust funds for the Social Security system will be depleted in 2040, a year earlier than their previous projection.

The privatizers are likely to take advantage of the fear factor, their favorite card to play, to push for a cure that is worse than the disease.

The Center on Budget and Policy Priorities in a new report says that "Anyone concerned about Social Security's long-term impact on the federal budget ought to be even more concerned about the long-term impact of extending the 2001 and 2003 tax cuts. If made permanent, the tax cuts will cost nearly three times as much, over the next 75 years, as the 75-year deficit in Social Security."

Further, "Private accounts financed by borrowing would aggravate the problem, as they would drain resources from Social Security and increase its deficits for at least several decades."

For that matter, "Just the cost of the tax cuts for the top 1 percent of Americans, those currently making more than $400,000, is nearly as large as the trustees' estimate of the 75-year Social Security shortfall. It is larger than the CBO's [Congressional Budget Office] estimate of the shortfall."

In contrast to the trustees, the CBO estimates that the trust fund will not be exhausted until 2052.

Take home message: Social Security is eminently sustainable without resorting to the bad medicine of privatization, which is analogous to cutting off one's feet to deal with a sore throat.

An obvious step would be to raise the $90,000 income cap on payroll taxes. Other simple steps include scaling back some tax cuts on people who don't need them and/or dedicating a portion of the preserved estate tax toward the long term viability of the program.

Social Security has strengthened American society across the board and benefits rich and poor alike. Compared to the other problems the country faces, this one is pretty easy.